You know, I can never understand why some people are so stupid. For example, look at Tour De France. It came to be when some Frenchmen decided that its more fun to have a bicycle race out in the open, all over France and block all traffic instead of cycling round and round in a velodrome. That was brilliant.

Then, some idiot copycat started the same thing in Langkawi, a small island up North famous for the killing of an innocent girl due to conspiracy and jealousy 200 years ago. Yes, there is no CSI at that time and even Sherlock Holmes wouldn't set foot in such a desolate place full of ogres and whatnots. But before she died, she pulled her last trick and cursed the island of Langkawi so that it will not prosper for Seven Generations to come. Serves them right.

However, Langkawi nowadays is also famous for a colour-challenged Eagle monument broken by some Madmen.

Anyway, back to the story of Le Tour De Langkawi . So, the race started in the island of Langkawi and ends up in Kuala Lumpur's Dataran Merdeka instead of going back to the Island. I pity those tourists who booked the hotel rooms there, just to see the cyclists go off (forever). Which brings up the question, why not name it Le Tour De Malaisie since the route has covered more than two thirds of the West Peninsula. This is stupid.

As I said, there are things beyond comprehension, beyond stupidity. 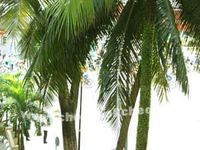 Just as soon as I came out of the Monorail, they have started. Shows how fast my FujiFilm S5500 was. Not! 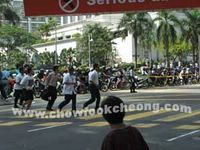 Any moment now, they're going to drop the line for Malaysia's shortest Marathon 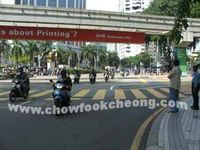 Now, with the traffic starting again, we have our very own Tour De Raja Chulan.... 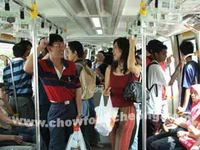 Ok, I was bored inside the Monorail on the way home and I could not help not thinking about Monkeybars and the Zoo...........