OK, so my actual trip there was to get the 17" anti-radiation screen for the touchscreen. And so, after looking for this rare item, I found it at Komputown where they deal with second hand PCs and parts. The only catch is that I have to return the next day as they do not have the item on hand.

And so, I had to leave empty handed. But not before I stopped by SRI Computers, which is always my favourite place. Maybe its because the staff they do not asks, "May I help you?" even from afar, and most importantly, they do not hang around you either. And they seldom look at you either, unless you look shifty and have intention to steal. 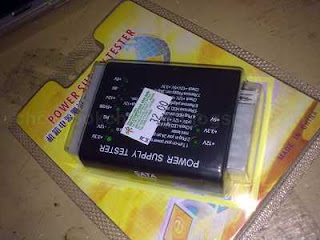 I had to choose between getting a 7-port USB hub,
a new USB keyboard, a trackball and this. So, being
my usual self, I went for this. Its a PSU tester, using
simple LEDs and a piezo buzzer. 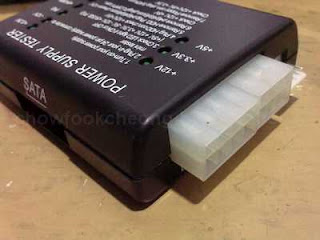 It lets you test things from from and to the PSU, such as
IDE or SATA hard disks, floppy drives and old/new PSU 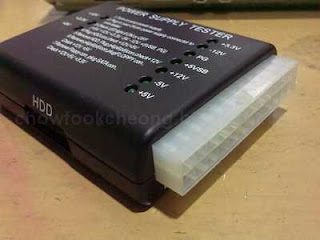 Maybe I bought it because it has LEDs 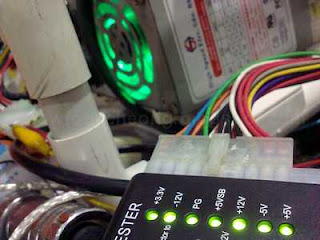 What is even great is that when I plugged it to my
PC PSU, it works straight away, without having me
to connect to the two pins.
Date: Tuesday, May 18, 2010 No comments: Links to this post

Email ThisBlogThis!Share to TwitterShare to FacebookShare to Pinterest
Labels: Computers

By the time I parked my car and all, it was raining heavily. And so, I took the umbrella out from my car and rushed across to Sg. Wang. By the time I walked a few steps, I was already soaked. Which is strange because I have my umbrella....

Then I realised, I do not have an umbrella in the car every since I 'restored' it from the fungus attack half a year ago.

And so, by stroke of luck, I had some newspapers in the car, which naturally, I used it as my protection against the rain. Unfortunately, it was only good for 250 meters. So, by the time I arrived at my friend's place, I was literally soaking wet.

I wanted to surrender my watch for him to have a look every since the 'OPEN' words flashed on the display screen months ago. But he was not around and so, his friend took over. I found out that he also has the same interest in plastic models ranging from WWII to Gundam. But anyway, it seemed that the watch's Triple-Sensor might be gone and so, he might have to order the part which is going to cost me. But after some 'friendly' talking to break the ice about model kits, he promised to have a look first. 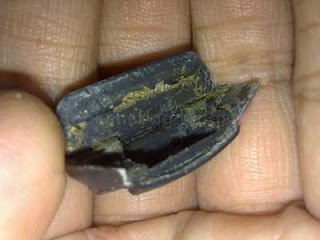 And after all these years, the grime from sweat and
dead skin still managed to find and work itself into
the watch. He said, in the manual, I was supposed to
soak it in water or something like that. But then again,
I seldom take off my watch for anything longer than
30 minutes. 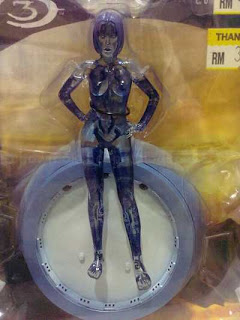 While I was there, I decided to walk across
to Low Yatt in the rain, since I was already
wet anyway. I saw this 'Cortana' from Halo
selling for RM39.90 and since it was the last
one, I bought it lor. 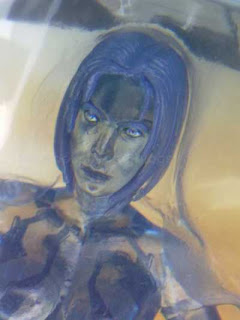 She's a Hologram or something and since
I do not have an XBox or a souped up PC
to play the game, I am not too bothered
about it. She's clear, she's collector's item
and she's in my hands. When I am free, I
am going to do something about her lights 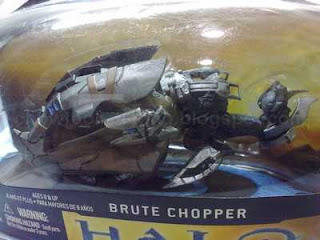 Oh, and I got this as well since it was also the last one,And I
going for RM23.00, the price it should have been. 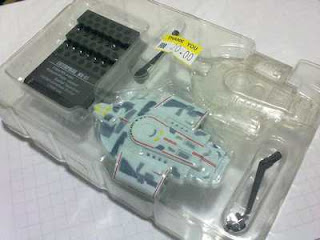 And this too. Might or might not help with the
AMT Deep Space Nine model, which I think,
is now too big.
Date: Tuesday, May 18, 2010 No comments: Links to this post

Yes, I know, its not a Saturday. Nevertheless, I needed to go there to get a connector for the touchscreen's power supply. And while I was there, I decided to have a looksee at the latest products..... 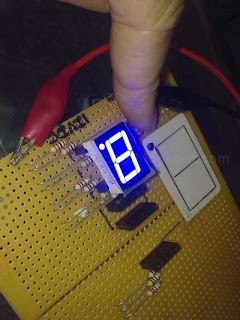 Wow. A blue 0.56" 7-segment LED
display! OK, so its RM5.00 each and
I got *ahem* two. Yeah, it costs about
triple the price of a normal red/green
version. Then again, three years ago,
if I wanted one, the cost would be more. 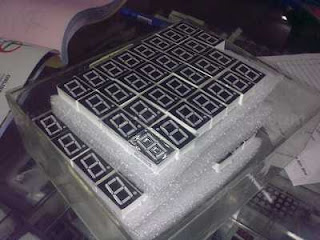 And so, after three months of probation, I am now a confirmed staff. I have the letter to show it too. For all the time I was under probation, I was unsure and also did not want to offend anyone. But now, as a confirmed staff, I can hold my head high because I know, my future is secure. And now, I can go ahead with my plans for the future.

And one of them is to get a new car. I have decided which model it is and talked to the Salesguy. Because I know him, he is not taking any deposits. All I have to do is to pay cash when it arrives somewhere in July.

Voila! The Flying DeLorean from Back to the Future II! 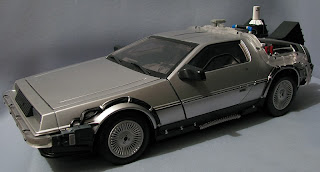