We were at KLCC today and just after visiting our customer, we decided to take a break at the 42nd Floor. Encouraged by my assistant, I decided to take some photos there and then. Later, as we came out, I took more photos. (Later I realised why the shots were not that nice was that I have set the camera on "Auto". Ha ha ha ha) 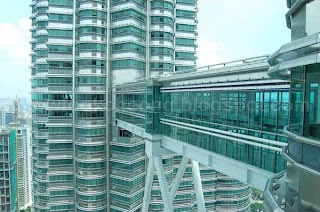 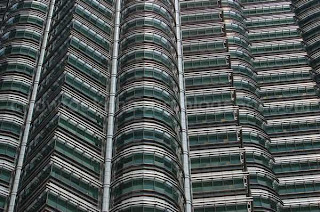 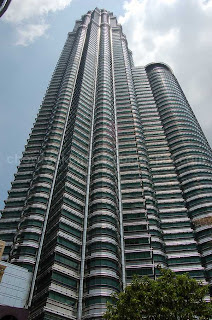 If I took this picture and turn it back 90 degrees
again, it would look like some alien weapon
Date: Tuesday, May 06, 2008 No comments: Links to this post

While I had some free (precious rare) time, I decided to drop by on one of the PBX installations handled by my Senior Technician. I must say, I am impressed with his work which has improved tremendously over the past few years.

The moment of truth came last week when I was recovering from a sprained back. He did all the programming and installation work successfully and so did the other team who were still laying cables. Of course, my assistant made sure everything ran smoothly in case my Boss asked a lot of questions. 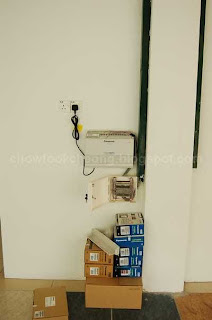 Please ignore the empty boxes. The way
he installed the system was quite well
done considering the customer only gave
us the system's location in the last minute.
Unlike others we do include a DP box as
standard as we need to make sure the cables
are complete 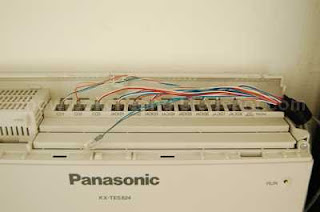 His wirings are neat too. Most of the time,
with the absence of a DP Box, the installer
would just put everything into the small
space inside the Panasonic PBX System
Date: Tuesday, May 06, 2008 No comments: Links to this post