This is my second time at doing Lasagna since my time at the University. When I was small, I always wondered why Garfield loved Lasagna. Heck, I don't even know what it was; some layered cake or something. It was not until I researched the recipe for it did I realise what Lasagna is. And damn, its high in milk, cheese and more cheese. Which is wonderful. Until now because at that time, I don't even have gout or knew what it was.

Anyway, Wife & Mom decided to make Lasagna for dinner and with me being the only one who knew what it was, I was in charge. So, my Wife did the meat cooking stuff while I directed the direction flow of the sauce. Heh. 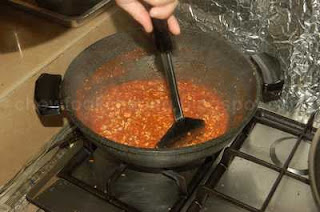 For a can of tomato, this is expensive. I told her
we could use some tomato paste, ketchup and
some mixed herbs and it would not make any
difference. One thing we did not add were the
onions as Mom does not like them. Me? If I
could, I would put in the whole sack. 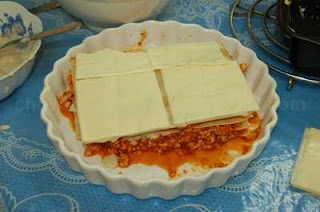 When I came back from University, I gave Mom a
Lasagna dish. It became a dust collector instead.
Now, when we want it, its missing. So, we make do
with some other porcelain dish. 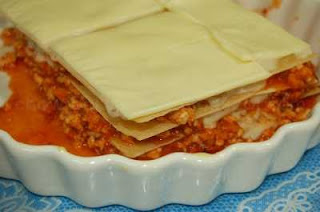 I put in three layers and was tempted to mix
some milk with those cheese stuff until I
realise I don't know what I am doing. So, its
layers of tomato meat then carbonara, then
the lasagna sheet and so on until you get three
layers. 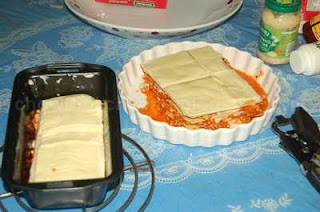 And so, with the two lasagna ready, its time to
pop them into the oven. For cheese, which Mom
said she bought a lot, I found out they were just
sliced cheese and not those parmesan and other
exotic cheese. Oh well. 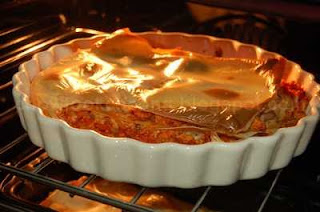 Well, yes, Wife did suggested that we spray water
on top of the cheese every now and then to keep
it moist. The bottom right is dry and I do not know
who ate it afterwards. 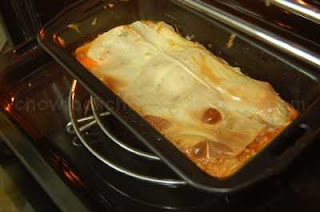 I think I should have added more layers for this one
since its very deep. But we ran out of sauce. So, the
next time, I think I am going to do one my way. This
looked like a boil I used to have on my nose when I
was about 17 years old. I squeezed it, and it popped
off, leaving a lot of pus coming out. Then when I
touched it, the nose felt sponge squishy as if it was
empty inside. 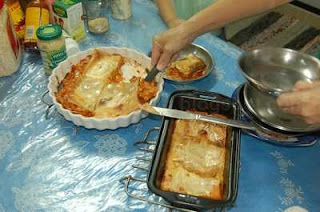 Yum-yum! Unfortunately, its not very filling though
as there were only enough for a helping per person. 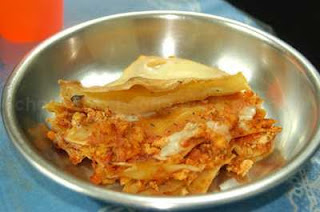 Well, I do admit, its very dry. Should have added
more water to the tomato sauce and the white
carbonara and then let them drown in it. Oh yeah,
next time, no more shallow dishes.
Date: Friday, January 01, 2010 No comments:

One thing I forgot to mention is that the girls now have three bikes to themselves. Or should I say, all three were Kristine's. Since her latest bike were given to her by her favourite Aunt, she neglected her second bike, which is as well because not only did it suffer from a broken front wheel (but repaired) but now, its faced with slipping chains. This happened after my dad took the bike back to the same shop and the assistant broke the chain as he stretched them too taut. Despite having a replace chain, it still keep slipping.

So, when I came home, my Dad gave me the enviable task of solving the problem. Not that I'd complain but its been years (OK, decades) since I attempted to repair a bike. But now, older and wiser, in theory, it should not be a problem. Yes, I know you can see where I am heading on this one but this time, you're wrong. The chain problem was easily tackled by making them a bit taut but not too taut. Only thing was the nuts and the trainer wheels were nowhere to be seen until this morning when I asked Dad about it. 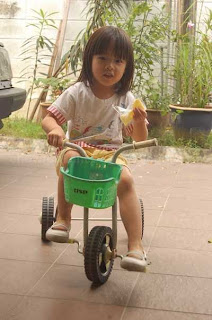 This is and was the first bike that
was given to Kristine. Now that
she has grown up, she cannot use
it anymore and so, we let Kaelynn
have it. Unfortunately, she is also
getting to be a little too big for it too 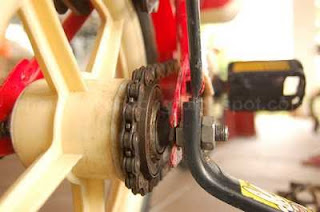 If I had to show you, the wheel part is where every
piece were out of alingment. Its the plastic hub of
the wheel where everything looked and worked
as if they're bent. I cannot tighten it because this
will crack the wheel hub. So, I'll leave it as it is. 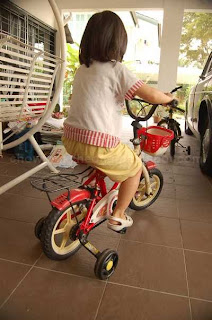 After putting it all together again,
and also readjusting the seat, the
bike is now ready for Kaelynn. 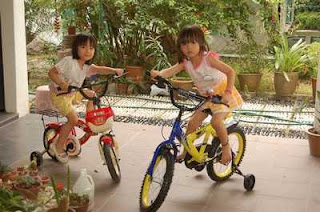 On the Eve of the New Year, Wife wanted to watch some fireworks. So, instead of some bed DIY, I decided to go to a very nice secluded spot, the very same spot I went to when I took a photo of the KLCC. Going out in Penang is not a good idea right now, especially the incident that took place on Christmas Eve. 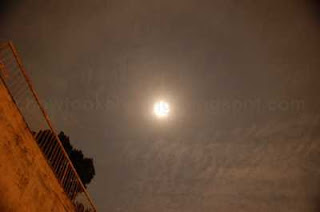 Although tonight has a full-moon, the whole sky in
KL is hazy and brightly lit (Light pollution). 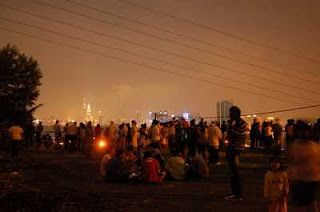 By the time we reached the hill at 20 minutes to 12,
the whole place is already packed. And after talking
with a few person, everyone thought no one knew
about this place. Ha ha ha ha. In the middle were
some young guys having a picnic. I could smell some
burgers but thankfully, its not MacDonalds. 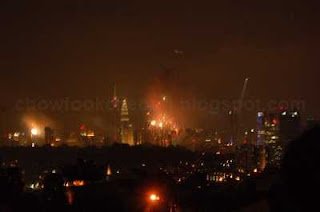 Since Kaelynn was sleeping, I took Kristine with me
to have a better look. Its not easy balancing her on
my left shoulder and trying to take some decent pics
(without a tripod, then again, my tripod's broken) at
the same time. So, this is one of the better ones. 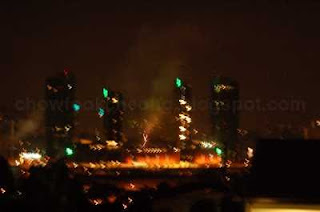 We are lucky in this position because not only were
there fireworks at KLCC, Mid-Valley also had their
own fireworks too. 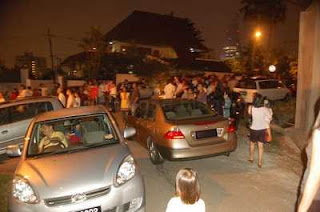 Because we parked further away, those who are
not familiar and did not anticipate the sudden
crowd, got stuck. I think even the Police Car that
came in earlier, got stuck too. So, we just get into
the car and cruised home. I wanted to stop at
MacDonalds as a treat for the girls but Mommy
said no. Oh well, which is OK as they girls fell
asleep the moment their heads touched the pillows
So, Happy New Year! May 2010 brings you and your family good luck and great things.
Date: Friday, January 01, 2010 No comments: