The StoryI got this sometime ago, for a very good price from ICW. And a month later, I saw it being sold as a Pro's Kit product in Pasar road but it was green in colour. Its a wonderful drill though. OK, I call it a drill rather than a rotary tool since its a mouthful but to me, this is good enough already since I do not have the resources to get either a Dremel or is equivalent.The ProblemThe reason I am putting up this post is not because of how wonderful the tool is, but to highlight its power supply problem. Raymond had warned me about the tools' power supply which can 'die' off anytime. But after looking at it, I was adamant in getting it. And then, after a few weeks later, just as Raymond predicted, my drill did not work anymore.The SolutionBut I am not worried because I have already prepared for this occasion with a standby power supply. The reason why it fails was due to the reason the power supply came with it was a switch-mode instead of the heavy transformer type, which I personally believe, was more robust. So, all you have to do is to get a new transformer type power supply instead and some rewiring and you're done! 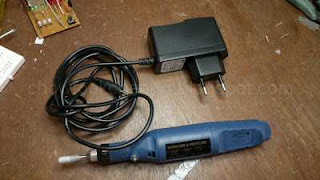 OK, so, this is the 'faulty' rotary drill that lies on my
table, refusing to work anymore. I like this rotary
tool because the ON/OFF switch also has a
rudimentary speed control function too. 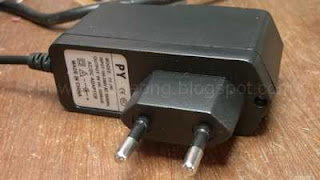 And I have confirmed that the cause of all this
was due to the faulty power supply. The only
good thing it can do now is for its plastic case
to become a part of your modeling diorama... 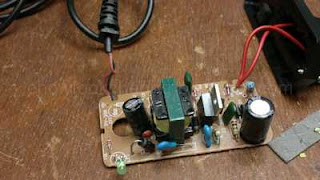 Anyway, before I throw this away, here is
what you will see inside the power supply.

The WiringWhat I liked about this rotary tool is the way it is being powered. By using a DC power supply, this means that you can actually replace it with batteries too (but not recommended since motors use a lot of juice) but the main reason is that you can get a replacement power supply easily too. And I have also modified the cabling system in such as way that if the replacement power supply fails, you can get a new one and just plug it in without having the need for more soldering/re-wiring. 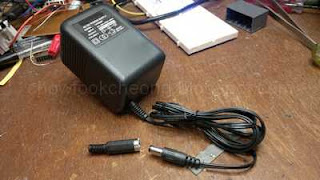 What you need now is a new power supply that
has a real man's transformer inside. You will know
it when you lift it up because its heavy and the
sales assistant backing away in case you want to
throw it in their direction. Oh and don't forget
to get a female jack too. 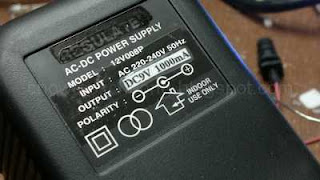 I believe the rotary tool can run up to 12 volts but
I am not going to go that high. So, I got the same
spec as the 'original' power supply, which is 9 volts
DC but I upped the current to 1000mA.... 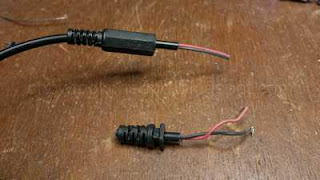 Maybe I should have warned you earlier that you
need to finish reading this post before throwing the
original power supply away. This is because you will
still need the original cables. Open up the power
supply and cut out the long black cable. You can
make the cut right after that plastic grommet as
shown on the pick above. Then, unscrew the
female jack and slip its shroud onto the cable. 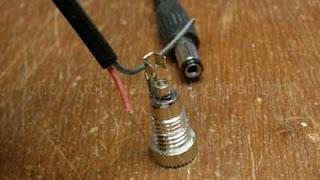 Carefully remove about 1 inch of the black protective
shroud to reveal the
inner red & black wires. Tin
them and then solder them onto the female jack as
shown above. 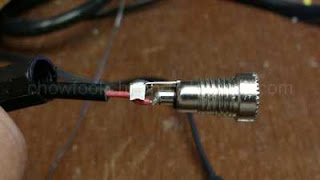 Make sure you get the red cable soldered to the
in the middle tag and the black cable soldered
to the outer tag as DC voltage has polarity. Now
close it back and you're done! 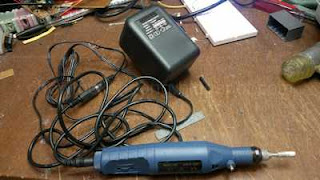 And so, now my rotary tool is happily, er,
rotating again!

One further step: I suppose you can open it up and get a more powerful DC motor but, nah. Its like getting a RM50 sole to replace the worn out ones in your RM35 shoe...
Date: Sunday, August 21, 2011 2 comments:

Hmm..... seems that Tesco is going to be a favourite haunt for us nowadays. I mean just today, we were there for another shopping session. I think the girls are growing up very fast, food-wise. 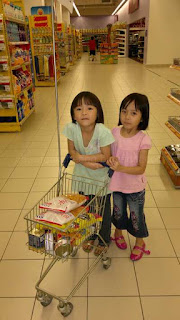 This time, they're very happy
as they managed to get that
'limited edition' kids trolley 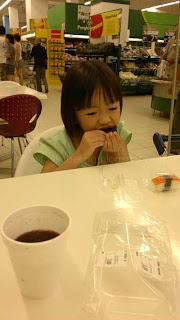 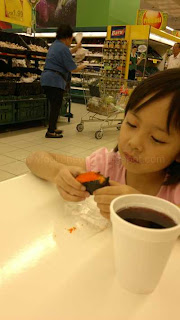 They really dig these stuff 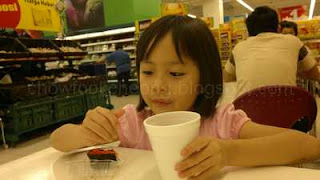 I mean, they have gone through their second round
already and well, they still want more... 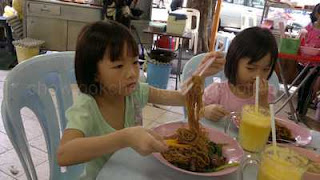 I mean, when they want more, it meant MORE.
So, I took them to someplace else after shopping,
which is the restaurant across my office and they
really dig the Sarawak Kolok mee...