Just for the sake of being there, I dropped by Amcorp Mall today. This is one of the places which comes alive during the Weekends due to the bazaar. On normal days, the only excitement would be that of the 9-5 species.

Anyway, after returning to this mall for so many years, its really starting to take off. The lighting and deco has improved a lot and not only that, you do not have that abandoned feeling anymore. Another plus point is that some birds have also taken up nesting at the top floor which means that all the sounds you heard are not from any avian recordings.

Years ago, the bazaar was more widely known for its antique or used items but now, there is a shift towards toys. Yes, toys. Not clothes, not books, not any other things but just toys. From vintage to the modern ones such as Transformers or those 1/6 scale (12 inches) or the usual flavour of the month toys. You can find most of those 'hard to get' or 'forgotten' toys there but be prepared to shell out a lot.

And lately, with the 'flavour of the month' toys, such as when a movie is coming, these guys would get them imported and you can have them for a very very obscene price. You might balk at the asking tag but there is also a risk that most importers might not bring it in. Yea, you can even get it from eBay but its really hard to 'let it go' when the prized item is in front of you.... 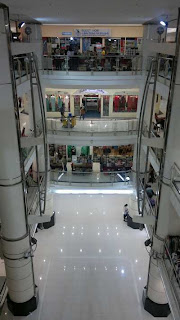 From the 3rd floor, its all mostly toys.
Not only that, there are now four very
permanent toy shops compared to only
two that existed years ago. 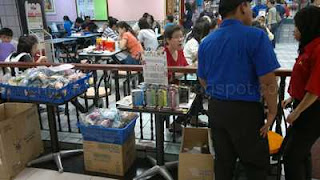 And MacDonalds is cashing in on this too. This
is the only outlet where they sell those toys or
glasses to anyone who wants to buy them, with
out having to fork out for a kiddy meal. But be
warned, its not always there. 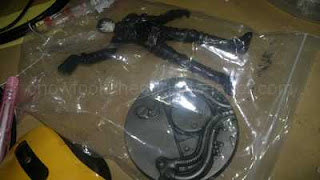 Anyway, while I was walking along its nooks
and crannies, I came upon this PVC figure
which, during its time, commanded quite a
tidy sum. And its a little bit rare too since no
one knows what it was and also, most people
did not buy it. 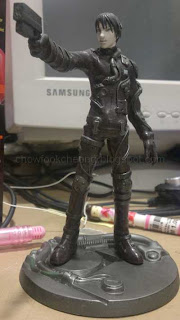 This is the famous Killy from the Tsutomu
Nihei's Blame! manga. I am not sure what
the story was, since it was all written in
Japanese but it involves in him walking &
rising from one level to another, in those
vast open agoraphobic spaces, shooting at
those weird enemies... 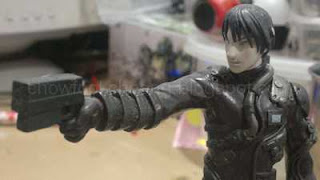 ...with his signature Gravitaional Beam Emitter. He is
often pursued by Safeguards which view humans
without any Net terminal genes as a threat.

Today is a very special day for those who can remember what it was. But if you're the one with the shotgun marriage, then I feel sorry for you. And Tamagotchi owners do not count too. Not only that, this is one of the few times in the year I feel appreciated, something which I am starting to enjoy... 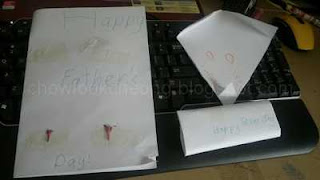 This is what the girls made for me 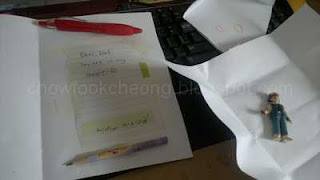