Milk on a Tablet

Just saw this and bought two for ten sen. Reminds me of those Horlick tablets I used to have when I was young. And I always ended up chewing them to pieces instead of waiting for them to melt. Maybe they're not supposed to melt like chocolates. But it smells great, though. 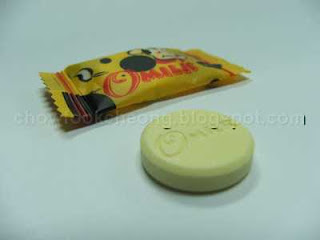 Ingredient: Maltose, Milk Powder, Milk Extract
It still won't make any difference if you drop it into your cup of Coffee
Date: Friday, November 23, 2007 No comments:

And while I was still in Pasar Road, I saw some project boxes which looked attractive to me. Never mind if I don't have a project to fit into those boxes yet, but neverthless, I wanted some since they're priced quite reasonable. I could go for smaller boxes but I need those that are big enough to fit a 9volt battery yet small enough for my hands. The more expensive ones have cavities which you can put in the battery without taking any screws off but they would have cost too much and also, too big. 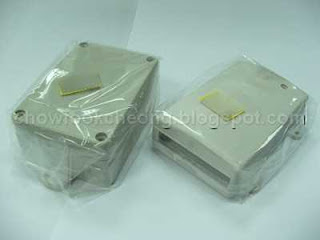 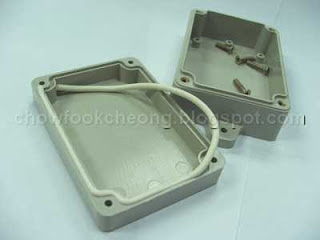 This one was a big surprise for me. When I opened it up, it is actually splash-proof! Here, where the screws are to go in, actually have metal housing moulded into the plastic. Not only that, they also give you a white plastic (spaghetti) rubber to make it water-tight. But unfortunately, once I drill a hole for a switch, it would not be water-tight anymore. Still, for this price, it is worth it. But for six ringgit less, same-size equivalent box has very thin plastic walls. Even the screws are not provided. 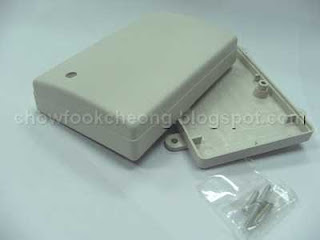 The second box, however, is not so "exciting". I half expected it to be a normal box anyway. This is one of those casing which is meant more for those proximity card readers. As you can see, there is already a hole for the 3mm LED. And I because its plastic, I would have to be very careful when screwing it close for fear of damaging the screw threads. I am not sure if the box came with a plastic flap to cover the bottom hole. I guess I would have to go back there to exhcange for another box. This means another trip to Pasar Road for me! Yippee!
Date: Friday, November 23, 2007 No comments:

I was at Pasar Road unintentionally yesterday. Oh, OK. I went there because my last customer was nearby.

Anyway, I went to my fav shop and they have now set up a "branch" at street level. While I was browsing for some SMD LEDs, his son told me about the Luxeon-type of LEDs I was after some time ago was now available. This was the 1Watt White LED which was being sold at about RM30 at one time (RM58 by RS and Farnell) next door and now, he is selling it to me at a far more reduced price.

I don't care if its original or Grade 1 quality since the projects I am doing are not critical of such matter. So, now, some of my projects are much cheaper to make after all. 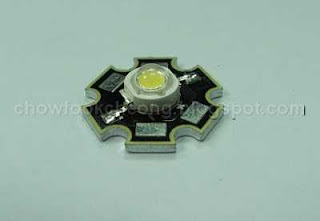 At this price, I think I can buy lots of them and then
turn them into a table lamp of some sort. Ha ha ha
Date: Friday, November 23, 2007 No comments: 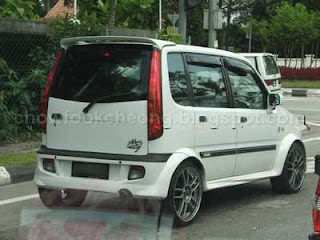 I dunno la. It looked nice but somehow, the front wheels
does not agree with me. Makes me think like it wanted
to be a Kembara instead
Date: Friday, November 23, 2007 No comments: