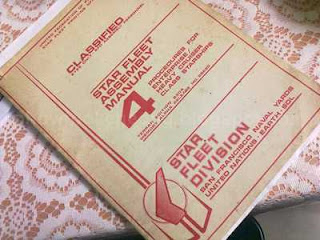 Found it just in time! Now to scan them for someone
who is building the ERTL Enterprise.
Date: Sunday, August 08, 2010 No comments: Links to this post

Well, I thought today was a nice day for me to sit down and dom some cicuits in peace. But no. Last night, Wife wanted to go to Mid-Valley as there was the Carnival Sale which usually starts in August. But to tell you the truth, we usually are not attracted to Sales as we know some of the tricks used. But this time, we had to go because we need to buy more working clothes for me. In the end, I bought two with 50% dicounts. Later on, we discovered that the RM49.00 shirt costs RM24.90 so I am not sure if we need to go back there since my Mom urged us.
I mean, I am very comfortable with using the same old clothes for years...... 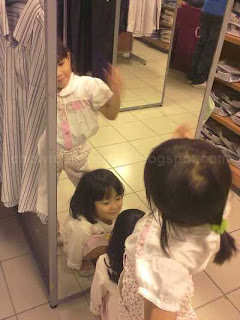 The girls were going wild in there, and
well, as usual, when they find a mirror... 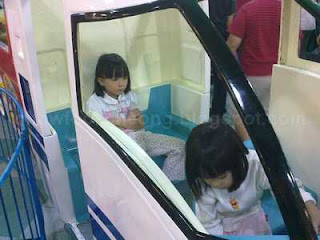 Later on, while Mommy does her own shopping, I got
the girls to the Toys Department. This time, there is
a difference because, we ARE going to use coins. And
this time, the girls are looking forward to the rides actually
moving instead of jumping out halfway or reeling back in fear.
Kristine was sulking because it was Kaelynn's turn and
since she had the coin, Kristine had to take a back seat. 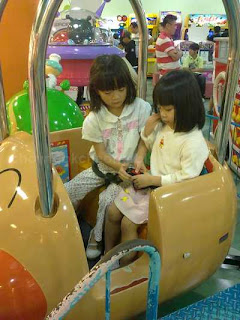 Finally, all belted up and ready for the ride,
only to discover a duct tape on the coin slot.
Indirectly, this means, 'Out of Order' and so,
everyone was dissapointed including the
parents queuing behind us. 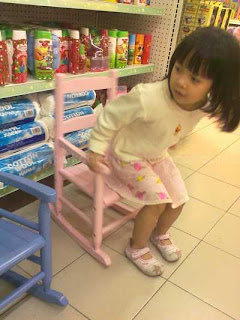 Kaelynn trying out the rocking chair at Toys
'R' Us since Mommy is still not 'ready'. 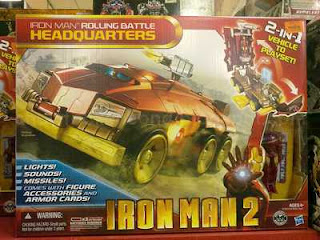 for my mobile vehicle concept except this is more refined.

But in the end, it looked more like a futuristic hauler. 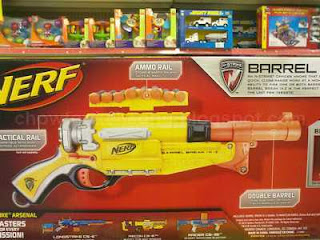 Something new from NERF, a double-barreled shotgun
I like the handle but the overall looks of the gun is a
bit too fat. Oh, its called Barrel Break IX-2 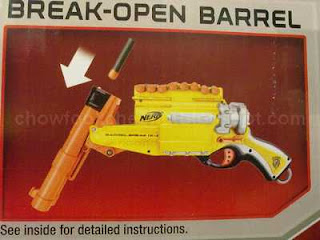 You load the weapon by pushing the double barrel downwards.
And I think this action also loads the spring mechanism. 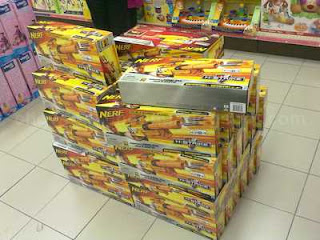 It does look nice since this is the first NERF shotgun
and don't worry, there is enough for everyone. 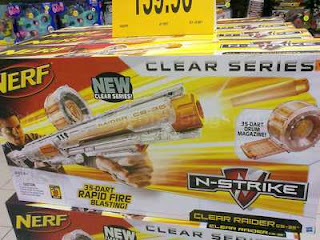 When NERF says, 'clear series' I hope they're
going to 'clear' everything. Heh. 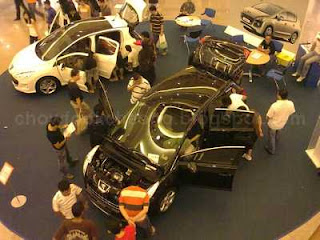 After everyone has regrouped, Kristine went with Mommy for some girly accesories while I took care of Kaelynn's appetite. She has been eating a lot since recovering from her fever and cough. 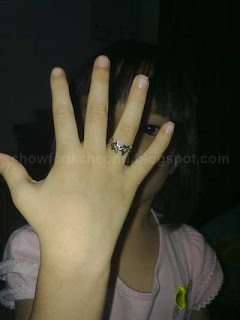 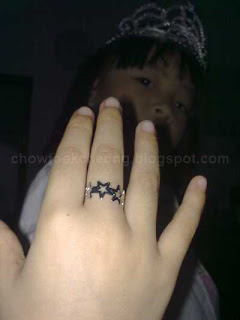 Kristine and her ring and tiara
(days later, it broke) 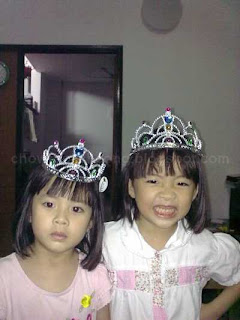 OK, so now I have two Princesses to serve. 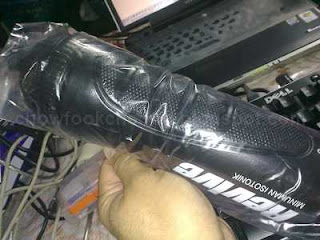 And as for me, nothing special except for the Revive
water tumbler which we got free when we ate at the
esquire Kitchen and ordered one can of Revive. The
poor girls looked at me sipping as both of them were
still unwell and Mommy does not want them to drink
any cold/carbonated/sweet stuff. Heh
Date: Sunday, August 08, 2010 No comments: Links to this post