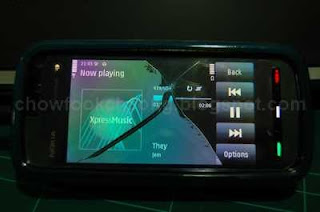 Sigh. Yeah, I need to get it fixed soon. ASAP. Its not
because the screen goes like that, but its when it
does things as if it was being pulled until I could not
see the screen clearly. And I would have to lock/unlock
the phone until the screen reverts back to normal.
Either that or I would have to restart the damn thing.
And most probably I would have to get one of those faggot
looking leather cases which you have to flip open to use it.
Date: Sunday, September 20, 2009 No comments: Links to this post

Humour and the Engineer

Stop doing that! You can't pick your nose here
Why?
Because "When in Rome....."
Really? When did you go to Rome?
No, I mean, when in Rome, you just do as the Romans do.
I didn't know Romans don't pick their noses here
Will you please stop doing it.
But we're not in Rome, OK?
Sigh. I was using an idiom, OK?
Why?
Sigh.

Its hard to explain this but when I was an Engineer, a lot of people found it hard to talk to Engineers like us. We were so into the "Black & White" of things that anything outside the Rules was scary and mysterious.
Date: Sunday, September 20, 2009 No comments: Links to this post

This Longshot took a short-cut

While I was packing the NERF Longshot for Nexus, I was still puzzled as to why I could not shoot far. I mean, this gun's effective range is 35 feet but on the Internet, it was touted to be much further. OK, so they modified it with more powerful springs and took out the air restricter and so on. If properly done, it would be NERF's long range weapon. A weapon perfect for sniping.

Me? If I am going to modify it, I am not going to care about the effective range. As stock, the scope is lousy and the bullet really goes downwards. I want it to be effective at more than 35 feet and the bullet must have, "Oomph". But now, its not the case and I have to contend with just fondling it. 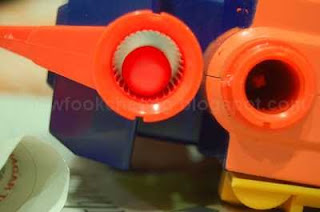 OK, well no. If there was a real lightbulb inside my head,
I would be in trouble. Oh, well, when I have the time
to really open the Longshot, we'll see. We'll see.
Date: Sunday, September 20, 2009 No comments: Links to this post

Joke's in the Mail

Every now and then, I would get some Email from a friend of mine. Its his way of saying that he's still alive and too busy to meet up. And just yesterday, I got his latest jokes, which I would only post two that I liked:

Signboard outside a prostitute's house:
Married MEN not allowed. We serve the needy, not the greedy...

Q: What will happen if earth rotates 30 times faster?
A: Men will get their salary everyday and women will bleed to death.


Funny or not? You could record yourself laughing and Email me the .wav or .mp3 file, K?

Making a meal out of oats

Yes, its another Sunday and I get to have oats by the mug. This time, I decided to try the pumpkin seeds which I got weeks ago. It was left in the office drawer as I did not have the time for a proper breakfast due to the heavy workload. And so, today is the day I try them out. 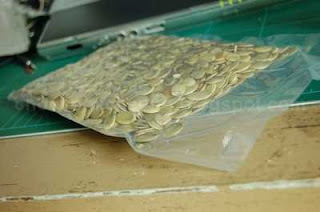 Its vacuum sealed. I was wondering, if I did open
a small hole, would the air rush in and then the
whole bag inflates until it pops? 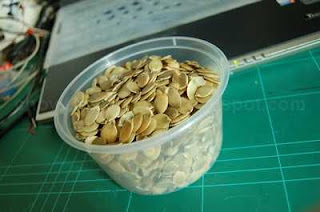 No, it didn't. The whole bag just sagged. And
so, into the container it goes. And when I ate
some, a lightbulb in my mind flashed .... kuaci! 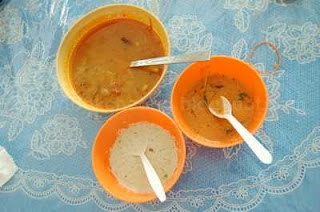 Since Dad also bought some breakfast, there
were the usual roti canai curries and to my
surprise, thosai sauces as well! I loved the
orangey one (right) which is very hot and
spicy. The whitish (bottom) is a bit more
sedated but nevertheless, both of them are
great. As for the dhal (left), it goes well
with most food (in my case, of course). 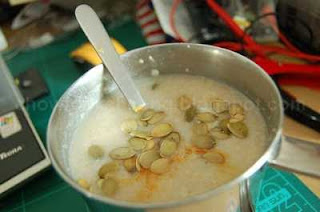 And so, I mixed all three sauces together
plus some pumpkin seeds into the oats.