OK, I got bored. Bored from waiting to start work. Bored because at every turn, we're bumping into each other and recovering "lost" tools and ladders because the other contractors find it easier not to use or buy their own. And my helping my tech to lay cables actually slowed him down. So, I just walked away and took some shots. 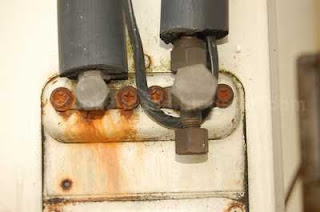 See how water and Gravity
slowly erodes the metal? 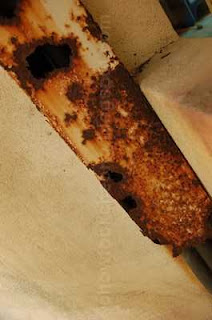 See how decay sets in once its unprotected? 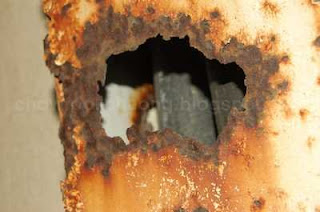 See how the damage is, once you neglect it? 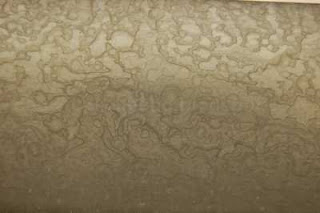 See how this can be a nice wall paper?
This is (acid?) rain on aluminium 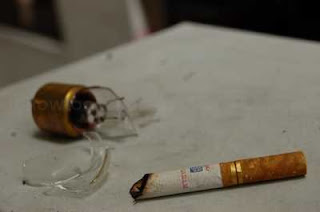 This is a good image for one of those inspirational posters.
But I cannot think of anything except,
"When you run out of ideas, smoking won't help either."
Date: Friday, March 27, 2009 No comments: Links to this post

And so, after waking up at five in the morning, rushed to the office, loaded the van up and we're ready for the Penang trip. We had to be there by nine in the morning for reasons unknown, which later, we found out, we could be there by midnight and it wouldn't even make any difference. This was because all the contractors were late.

Late as in behind schedule for the renovations.

And today, if everything was according to schedule, we should be relocating the phone system in a office complete with furniture, air-cons, and devoid of any other living being (except for the customer, of course). Unfortunately, yes, you guessed right. It was everything in one day. The staff could not move their belongings as the network was not ready. The network was not ready because the cables cannot be laid (and someone cut some of them which means we have to lay them again). And the cables cannot be laid because the furniture was not ready. The furniture was not ready because.... well, you get the picture. But the time we started real work, it was after ten at night, just when the customer was about to collapse and call it a day. 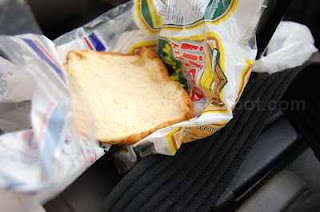 Since we had to wake up so early, I decided to risk it
and pecked at my three week old Delicia bread. Yes,
they're still edible and for RM4.00, my meals are
about 27 sen a day. Ha ha ha. No ler, there were not
enough slices to last me more than a week. Its just
that I tend to keep them that long in case I do not
have enough (time or $$$) for lunch on that day. 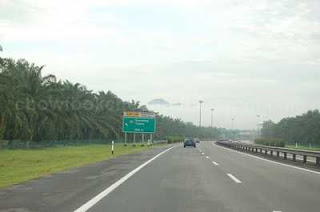 Throughout the journey, we saw the Sun rise and also
some wonderful scenery. But this picture is not it since
it was my turn to drive, I could not take much pictures. 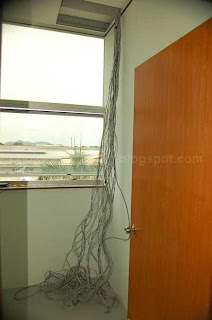 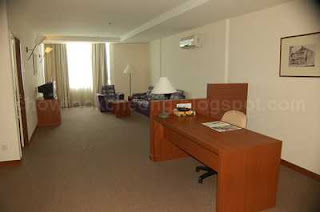 Booked a room at The Kristal Suites which costs a bomb
two years ago. Its big. And there is Internet connection
too but I forgot to take the Network cable with me..... 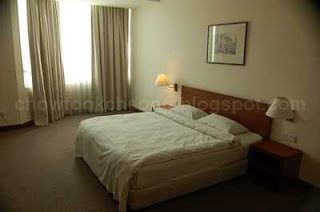 Since there is only one bed and I do not want my tech to
get the wrong feelings, I opted for the sofa. Did I mention
that there are two TVs too? Not bad for RM150/night! 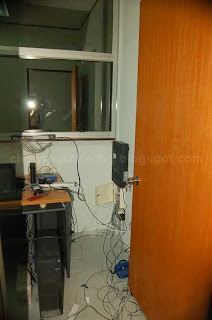 This is as much we could do by midnight because the
air-con guy was working in there. Had an amazing
dinner in Bkt Jambul. Amazing because we took
almost three quarters of rice in their rice cooker,
got some vege, meat and drink, yet it only costs us
RM8.00 in total. We were so shocked, that we kept
looking at each other. Oh, since I gave her a ten
ringgit note, I told her to keep the change. She
smiled and got too friendly after that, so we
quickly drove off. OK, I lied about the last part.
We just drove off, made a U-turn and into a
traffic jam caused a by an accident a few minutes
near where we ate, and the ambulances were
already there. weird 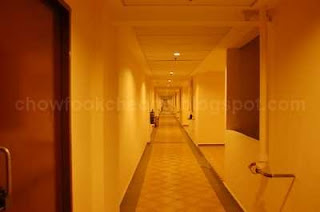 And as we trogged back to the Hotel, we realised
out rooms were very very far from the lifts......
Date: Friday, March 27, 2009 No comments: Links to this post