Going to the Empire

The day is not over yet. Yep, you got that right. After our house hunting ended in a dismal failure, we're about to make plans to escape from Puchong and rush back to the house. The afternoon was still in its early stages of afternoon-ess which is very dangerous. You'd never know when you have picked up a Real-estate Agent or two while house hunting. They have this uncanny knack of smelling even the slightest denomination in your wallet.So, while making our escape, the Queen of the Kee Palace has decided to use her Queeniness to summon our presence in less than an hour. And so, as dutiful subjects, we subjected to her request. (Heck, that's what a subject is for, right? No title even) 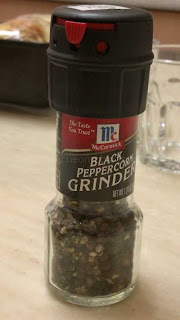 While this was going on, I was mesmerised
by this bottle of black pepper. From the looks
of it, its expensive and not only that its, not
Sarawak Black Pepper. What you're buying
is basically a plastic pepper grinder. But, no,
Wife refused to get one for me. Sigh. 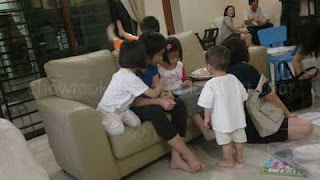 While at the Kee Palace, the subjects are mingling
among themselves, biding their time, waiting for
something to happen. 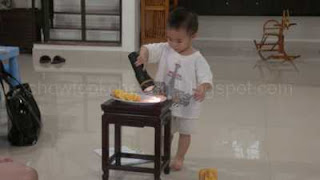 Until someone came up with a bright spark... 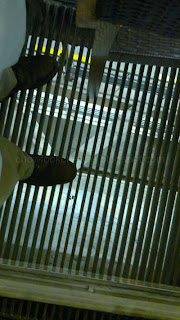 And so, we all gathered together and raced
to an underground restaurant where you
get to sit among the cars over a 15 foot drop 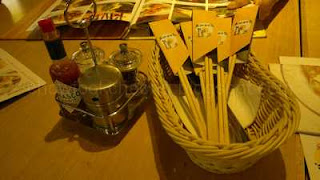 The place is Pasta Zanmai. The deco looks nice
but because we're in a big crowd, the waiter
had no idea how to cater for such crowd so he
placed us outside. Outside as in carpark outside.
And it was very humid despite him pointing three
portable cooling fans at us. 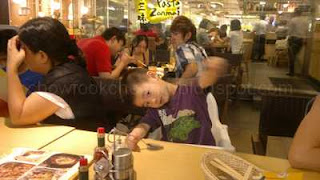 Not only that, we had to wait quite a bit before the
food arrived. And so, here we are, sitting outsite a
carpark, breathing some exhaust fumes and hearing
car noises. Man, that experience really sucks. 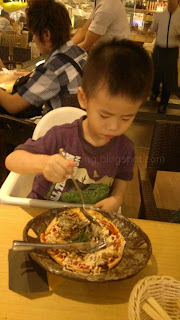 But in the end, all the waiting was
worth it and we ate like Kings and
they gave us a hefty 60% discount. 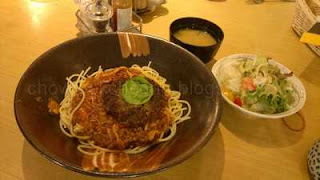 Right. Not really. We were quite pissed and so, with
the food arriving, we ate. I am not
going to tell you
how delicious or what the food experience was
because at that stage, we do not really have the
mood for anything else apart from eating the crap
shit and getting out of there. 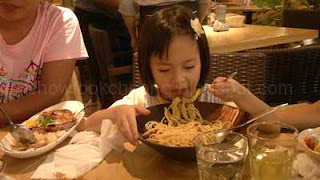 And so, would I recommend this place? 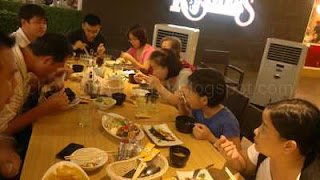 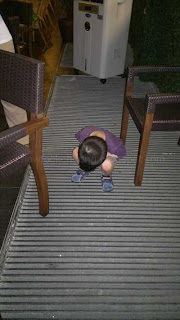 Do you like sitting on top of a
metal grating which shows a
wonderful 15 feet drop?

We went to look for houses today. OK, so this idea was late by decades. Because by now, the houses were either not so vacant or, not so cheap anymore. Those who have bought years before us are really laughing now. Or crying, depending on the circumstances.Anyway, we were informed that there is a potential house in Puchong, a place where in my personal opinion, is chaotic, thanks to its never ending traffic jams and stupid flyover u-turns. However, with the convenience of shopping malls such as Careffour, Giant and the IOI, it more or less offset my uneasiness. And so, our afternoon adventure began... 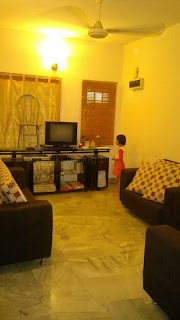 This house was already being rented out
but the tenant did not mind letting us in
to have a look. Immediately, I like this one
although I have no idea what I like when
it comes to houses. However, one thing
that raised the flag was, he's a smoker... 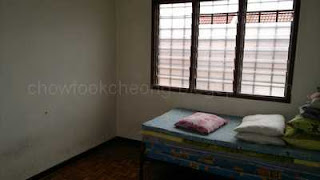 The reason I liked this house was because of this
room at the back which can be for my soon future
personal work room. Already the windows are
bright enough. But somehow, their design and
with the parquet floors, its not very attractive. 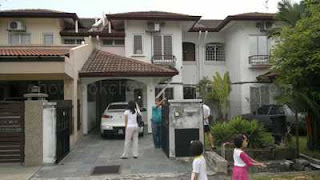 OK, so its a very 'thin' house. Don't ask me about
the square feet or stuff like that as I am a complete
idiot when it comes to this. Although it has a garden
and all, however, it was not approved by the
Home Ministry. Oh, well... 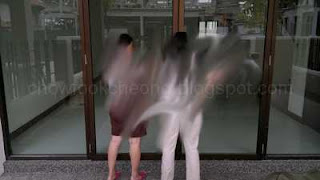 On the way back, we dropped by another part
of Puchong, which is a new area and has all the
trappings of a very expensive house. And just
this view is actually the front door, leading to
a area big enough for two and a half cars. 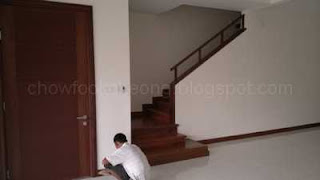 We entered one that was not locked as the workers are
still... er, working. What struck me was the beautiful
long staircase reminiscent of those old World War II
shophouses. And I love these type of staircase. 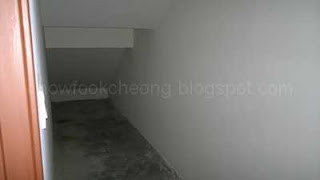 As usual, under the staircase would be a storage
area, where you WILL use it to store stuff since
there are no store rooms. Unless you plan not to
have a maid, of course. 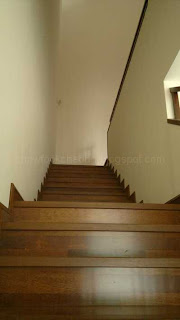 Ah, this is the lovely view of the
staircase as you go
up. It feels
solid. The pic does not do justice.
You just have to be there. 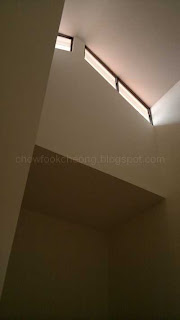 Ever wondered why the house was
so cool when we entered? Yes, it
was because of this high ceiling. 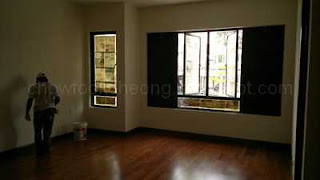 The view of the Master Bedroom. 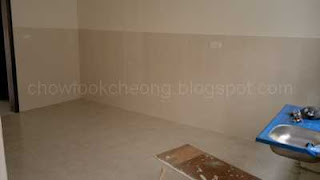 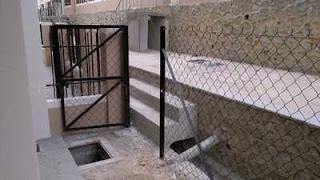 The backlane
After seeing this house, our minds were on it for a few days. There were other part of the hosue which was beautiful as well, such as the 1st floor balcony and also, the layout of the street which is not only wide but well, you just had to be there. I am not sure about the price range but its going to be most probably beyond 800K.

Music as you eat 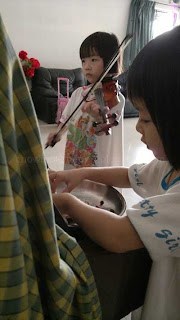 Just like those open air restaurantswhere, as you eat, a musician willplay next to you. Except that thisis inside a house and you can tellher to bugger off. Unless Daddysaid no and to keep on
practicing....