After my Boss took apart the Hard Disk, I decided to have a closer look at it. This was because in 1996, I took one apart and what attracted me was the aluminum part at the spindle which was both light and beautiful. Unfortunately, in this Hard Disk, there was none except for the shiny semi-broken read/write arm. 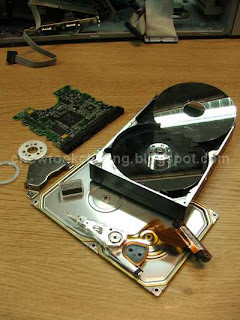 The leftover from the autopsy 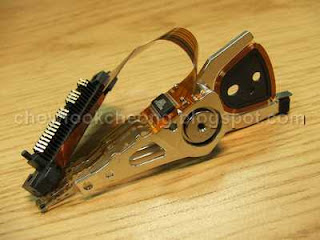 This is so nice but its not mine to own. Sigh 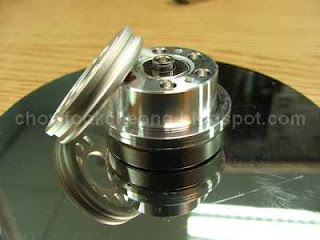 The spindle part that was hoped to be but not 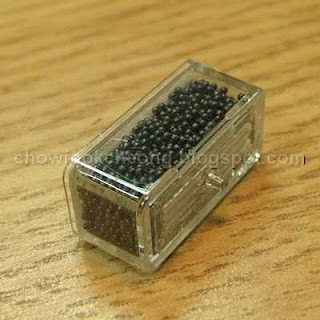 And I didn’t know Hard disk suffer from stomach complications too
Date: Wednesday, June 27, 2007 No comments: Links to this post

Well, more parts for me now. I have just taken apart two PCs (The staff did it), an NEC PABX power supply (They did it again as they were bored) and also a hard disk (OK, this time my Boss did it). But regardless, everything still ended up on my table. Haih. 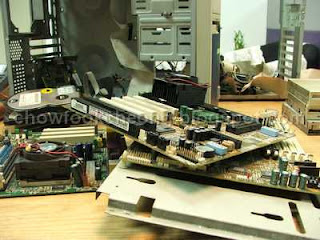 With at least three PC motherboards, I get some jumper switches,
connectors, some CPU, their heatsinks, and a CR2032 battery
holder. That is, if I have the time to de-solder them out of the
circuit board. 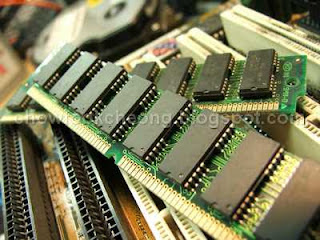 These little memory RAMs are not only obsolete but their
contacts are slightly corroded. So, I think I will turn
them into key-chains. 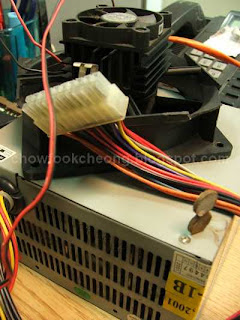 When you short pins 14 and 15 together(Green & Black cables),
you can power up the power supply and make the small
fans go (at the top). The bottom big fan is useless since it
needs 24 volts compared to the PSU’s 12 volt output. 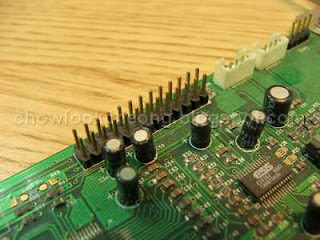 Spare parts galore! Its not just going to Pasar Road/RS Catalogue/Farnell
to get them but the fun is in de-soldering them. Because you know you
can now destroy hundreds of ringgit worth of equipment without
anyone to screw you for it. Ha ha ha ha ha

I wanted to take this picture for quite some time but every morning when I passed them by, the shop was not opened yet. But in the later parts of the day, either it was blocked by other cars or the traffic jam was moving too fast for me to focus the camera. I could have stopped and blocked the other cars but there is no fun in that. Anyway, I think they need more than just a spell-check. 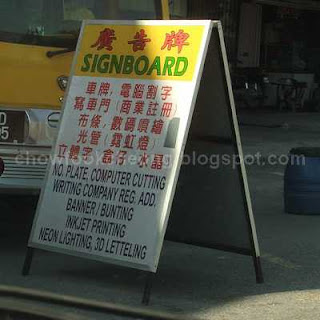