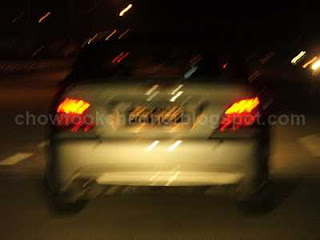 On the way, there was this driver driving at 50Km/h
on a 110km/h. He was actually watching a VCD/DVD
placed on top of the dashboard. I wanted to get him
on a stretch with more lights but by that time, it was
too late as he drove off to a R&R stop.
Date: Monday, May 07, 2007 No comments: Links to this post

One last thing before we all go home: Dinner in Taiping!!!

When I arrived, my Boss has already finished his part and so, we all proceeded to have dinner. 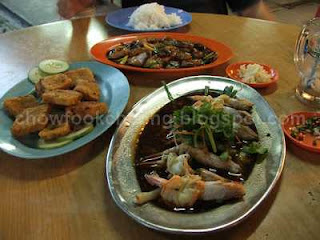 We ordered some things like Tofu, eel something (Sar yuu),
prawns and crabs 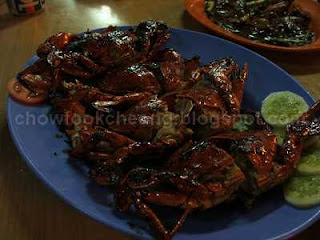 This is the highlight of the evening. Crabs 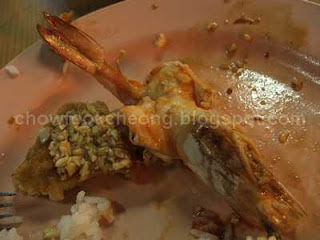 Here is my favourite: Garlic, la.
Not the prawns and not the Tofu 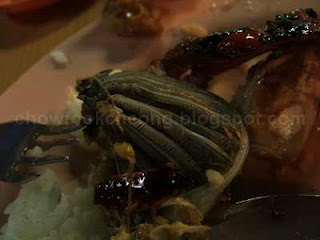 Eating crabs is fun until this version. For you see,
the crabs were cooked as if they were roasted. So
everything is intact. Here, I think, are the lungs.
tasted quite bitter. But the rest of the crab, I
ate the shell too. I was too tired and hungry to
peel the shell off........
Luckily, the shells did not cut my throat insides or stomach
Date: Monday, May 07, 2007 No comments: Links to this post

Trip to Alor Setar B

Basket. People sleeping nicely in the Hotel and kena SMS to go to Alor Setar by 8AM! So, I said, in a nice but terse way, "No". By the time I arrived in Alor Setar, it was already after 10AM. Anyway, after scouting the area, I had my work cut out for me. This was because the contractors have moved some of the tables and have cut all the telephone lines!!!

Much of the day was spent tracing these cut cables and looking for the Telekom "missing" lines. And by four in the afternoon, I was ready to pack my things and go to Taiping to meet up with my Boss (for dinner) who is handling the work there too. Yeah, we are very hardworking. Ha ha ha ha. 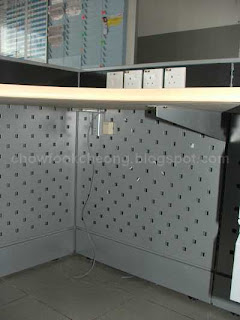 WTF! The contractor just put a small
telephone box under the table instead
of on top. But then again, there are
limited panel holes at the top 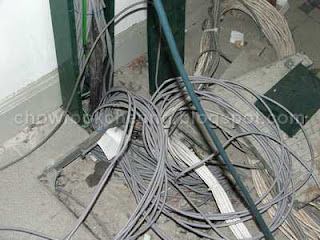 And the cable contractor simply pulled the new cables
so I had to open up eveything and put them into the
proper trunking (green). This is me halfway doing
the job. 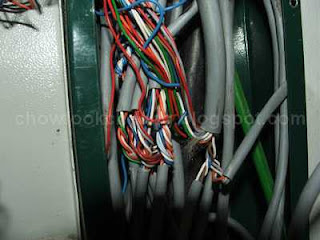 But horrors of horrors, once I opened up the trunking,
there were signs of previous contractors doing a lot
of shortcuts.
Date: Monday, May 07, 2007 No comments: Links to this post