And so, on Deepavali day, we discovered one very important thing that day: I do not need to go to work. And after much rejoicing (because we joiced earlier) we decided to spend some time going shopping at Mydin at Subang USJ. This was for Kristine's costume which her school is going to have some kind of concert in November.

Boy. All I can say, is, going shopping in a crowded place with two kids is very very exhausting. 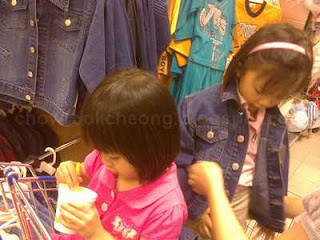 While Kristine was trying on her clothes, Kaelynn
was busy with her corn-in-a-cup 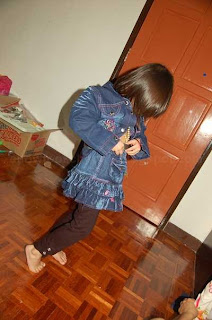 And so, for less than RM40.00, she got
a full denim clothes and jeans, plus a
pair of black tights. 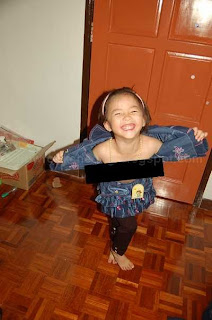 Erm, after this display, I think
I am going to lock her inside the
house until she's 40 or so. Safer
for other people on the streets.I
think no one likes a female
flasher. Ha ha 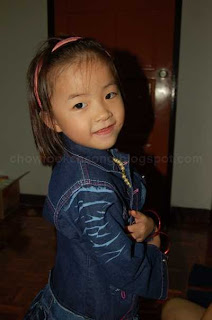 No wonder I couldn't pay for
petrol for my Wife's car. I'm
hope to get paid soon. I am
such a stupid crab. Its 17th
already, dammit.
Date: Saturday, October 17, 2009 No comments: Links to this post

Yes, Ladies and Gentlemen, the Firewolf is now available at Mydin USJ. For those who are not familiar with the Firewolf, its a very popular TV Series from the 80's. The Firewolf is a High Tech Military Helicopter piloted by the ultra suave and hermit, Strangefellow Horck. He is aided by his older mentor Dominion Suntinni, who is always suspiciously cheerful. The series takes the Airwolf crew on various secret missions which always involves the ever popular espionage themes.

In seasons two and three, the latest member, Catlining joined the crew to make the whole series more action orientated and move away from the Cold War. This decision from CBS was so popular that the series was told not to come back after the third season. However, the series was rescued for Season four where the original crews were also told not to come back. And so, we, as the viewer, decided not to go back too.

With the extreme heavy budget for every episode, viewers can enjoy the various dark and moody themes of the series and most importantly, the battles in the skies. Don't worry if you missed last week's episode because you will know that the good guys always win and most of the battles are from stock footage, i.e. planes get shot by yellow glowing missiles. The Airwolf's main weapons are the concealed machine guns which have fires coming out from the barrels and also that ultra-cool lighted yellow missiles which flies at above Mach1 speeds. And as for defense, the indispensable farts to thwart off enemy missiles.

If you're interested in reading more of this, you can go to here. 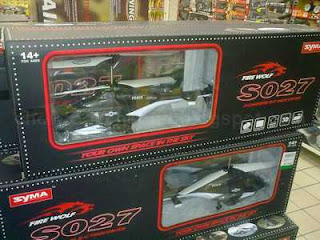 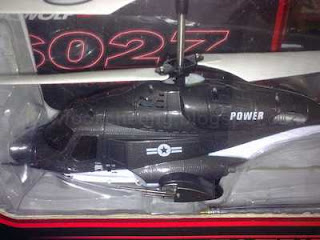 All the details have been beautifully reconstructed
by the souless manufacturing machines from China. 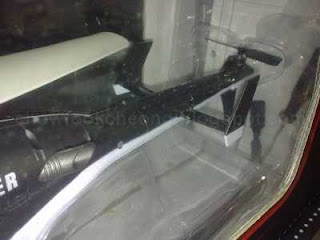 I was about to go for it except that the tail-end did not
look too good. Oh, and because I have only RM1.53 left.
Date: Saturday, October 17, 2009 2 comments: Links to this post

Apologies to my Neighbours

First and foremost, I would like to take this opportunity to wish you a Happy Deepavali even though I don't even know who the hell you are. Secondly, I would also like to apologise for the screams of my daughters running around naked on the balcony moments ago.

You see, we had to take their clothes off so that my Wife could bathe them. But due to the mistake on my part, I forgot to lock the grill leading to the balcony. And so, they ran out screaming about. I am sure I heard some moans and curses somewhere because it is easy for everyone to look at the source of the screams. And I am sure, in a few minutes time, some ambulance would be coming to assist those who have either suffered a heart attack or fainted.

So once again, I am very sorry what what has transpired. 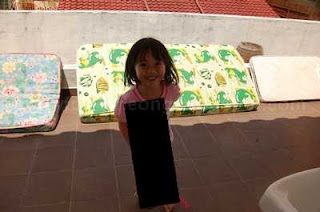 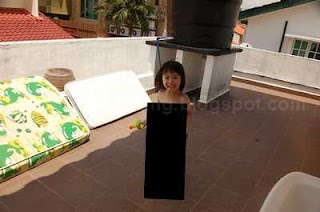 Halfway watching Warehouse13, my Wife told me there is a GPS unit that needs to be "prepared". Apparently, someone got somebody to get something from somewhere so that it can be used anywhere over here. Got it? No? Don't ask.

Anyway, this is the Garmin 255, the supposedly latest version and my second Garmin unit for me to play with. So this also proves that compared to a GPS enabled Mobile phones (especially a certain Nokia model, no, not the 5800), the Garmin units are still popular. But we shall soon see in a few month's time. Anyway, there is not much to say here as the pictures will speak for themselves. Oh, if they're not too talkative, you can always read the caption instead. Ha ha. 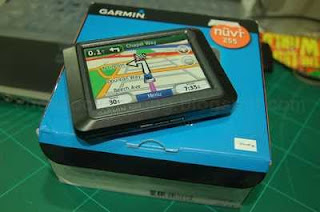 And so, this is the nuvi out from the box.
Notice the clear and crisp display on the screen. 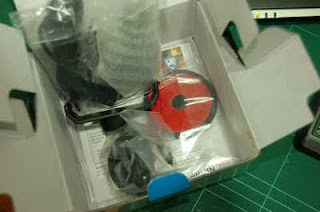 Included in the box would be the usual obligatory
instruction manual telling you there's no wall
charger or any memory card, the stand for the
car and ............ well, that's it. 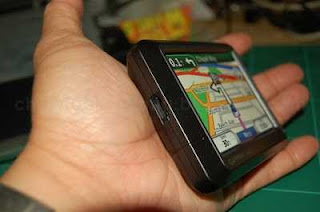 Note the clear and crisp display of the nuvi
LCD screen as seen from various angles.
Note the side slot for the microSD card you
need to buy (if you want to feel complete).
Note the screen after I peel off the clear and
crisp faux display protective plastic. 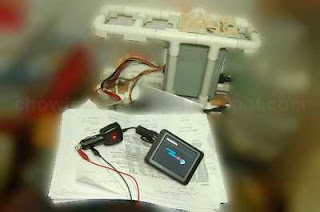 Anyway, since its late at night and I am not going
to run down to the car and plug the charger into
the cigarette lighter socket, I used a PC PSU to
emulated a car charger unit and left it overnight 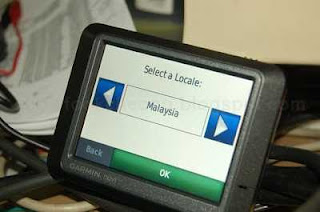 Halfway, when it has the necessary power,
I turned it on to see if there is anything I
can set in the unit. 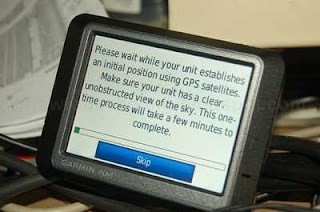 This is not applicable indoors and it is also
not adviseable to go out at night with the
unit in case you trip over the cat and fall. 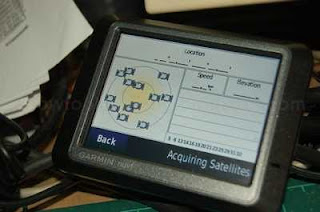 And as a result, like all GPS units, it is hard
to get any Satellite reception when indoors. 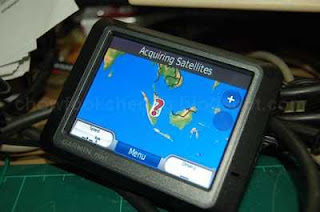 Tuning to the View Map segment, it is surprising
to see the last coordinates in Singapore. Maybe it
was trying to lock-on with limited Satellite signals 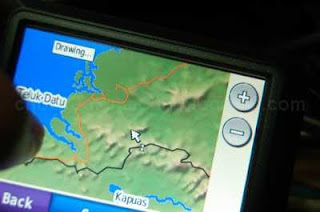 Moving about, the World Map, it has a rough
detail about Malaysia. Because when you
zoom in, there's nothing there. 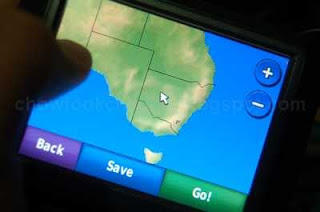 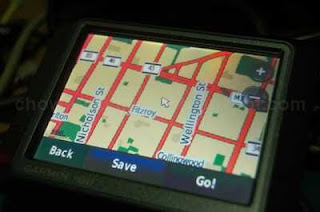 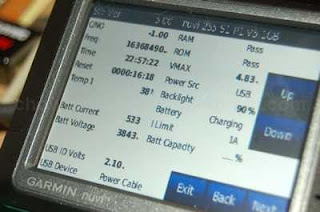 Anyway, I decided to play with the diagnostic screen
as what all engineers would do when there is nothing
else to play with since the Intenet was so slow these
past few days, getting a 75MB file from MalfreeMaps
was like forever, which is surprising. 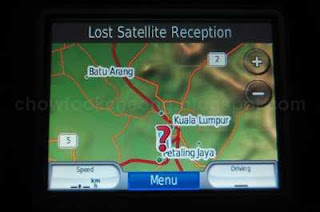 But one thing I like to say is that the
General screen is quite nice. You can
see the hills and the mountains. 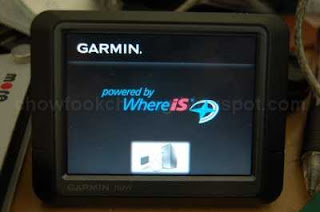 Anyway, by this morning, the file is ready and I
plugged the nuvi to the PC which acts like a USB
memory drive. You can see the bottom icon. 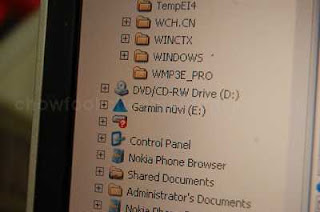 Yep, Windows XP recognises it. So I don't have
to rush out to get a microSD card. Phew. 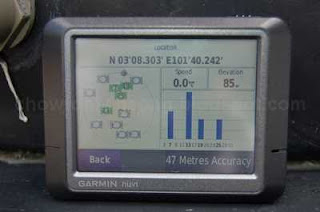 So I took it outdoors and turned the unit on.
And in less than 20 seconds, the nuvi locked-on
to a few satellites and its up and running. 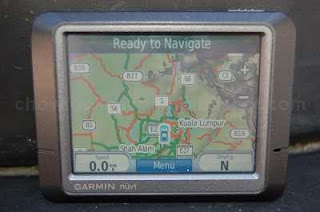 Yep, the Malaysia map is running. But for the
Taiwan map, I think its better to get it there
since Garmin is very very popular there.

Why the name GARMIN? Find out here.
Date: Saturday, October 17, 2009 No comments: Links to this post