Since last week, I wanted to meet up with Bruce so that he can help me shift some boxes in the Project room. I needed his help as my Wife, who was the other available driver on standby and so, she cannot leave the house. When we met, I realised that I have forgotten the keys to my Project room and so, it was a trip wasted.

Fast forward nearly a week later, I am back again, but this time, by myself since it not nice to call Bruce again. There is a reason why I need to go to the Project Room as I needed to find some things which is needed urgently. After searching all the boxes, I realised they are not there. And so, for the rest of the night, I just took some pictures of the stuff which I bought years ago and they survived the termite attack. 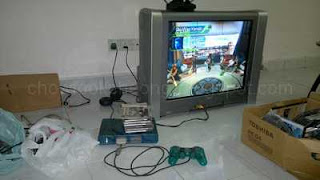 The Playstation still works but now, because of the
mysterious crack at the lid, I need to stack a few CDs
to keep it closed. Although I have the Loctor's in the
other place, this was mine and I have modified it
with clear blue casing and also a white power LED.
And yeah, I still suck at games, though. 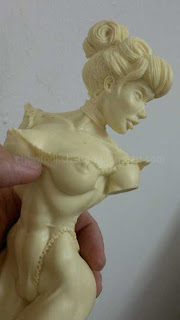 I got this from Kenny when he was with
Miniature Hobbies in 1-Utama. This was
a real beauty. Until now, I still do not have
an airbrush and the confidence to paint her. 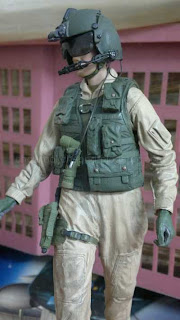 This is the helicopter pilot from the MacFarlane Toys.
This is the 'white' version and personally, if you look at
his face, its either a woman or Michael Jackson with a
lot of makeup. 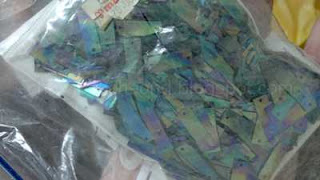 Last year, I was searching for this high and low. I
know I bought it from Macy (which is now 'out of
stock') But I keep forgetting this is a rectangle and
not a square. But its definitely going to be worked
on the 1/35 Hasegawa Nutcracker. 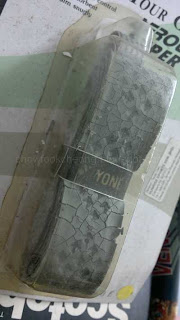 The badminton handle wrap which I
was planning to use as on a lightsaber
handle. Luckily, now I know that PU
or PVC does not last forever. They
break down in a matter of years. 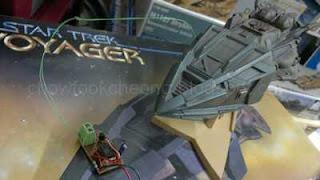 This was done by my friend, Tan Kit Hoong using dry
pastels. He did it for me during our time in 1-Utama
where Kenny had REAL group builds in the Miniature
Hobby shop. 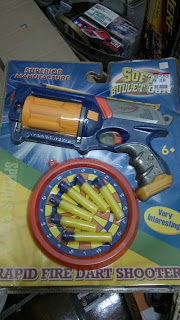 Ah, the bootleg NERF Maverick which I
got in JayaJusco Kepong. Years after I
got the chance to compare it with the
real deal, it was exactly alike in terms
of looks and quality. You'd think they
took the real Maverick and stuffed it
into the blister pack.