I was bathing Kristine and all way well until I saw something up her nostrils. After some attempts, I managed to get it out and when we saw it, it was amazing. Yes, she has a running nose and all the yellow stuff dripped down and solidified in her nostrils. Usually, if I had something like this up my nose, it would be hard to ignore and also very painful to pull it out since it would have hardened and stick to my nose hairs.

For Kristine, it was still wet, (I think its a 2 day old booger) and so, here is it, for all of you to see. 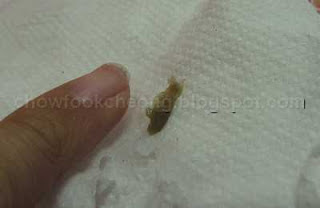 And this is just only my little pinkie. If it was scaled to adult size,
it could be a little close to 2cm.
Date: Saturday, April 14, 2007 No comments: Links to this post

Going to the dumps

This is Kepong's Enterpreneurs Park. For all I care, its just a light industrial area. And guess what? There are no proper place for rubbish collection. And slowly, its going to be a dumping ground. 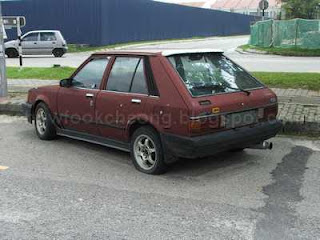 Months ago, someone dumped this car because they could not drive it up to the kerb and park under the tree. 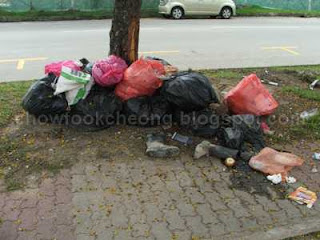 This is because every tree is an unofficial site for everyone to dump their rubbish. The trucks would come and pick them up when you least expect them. 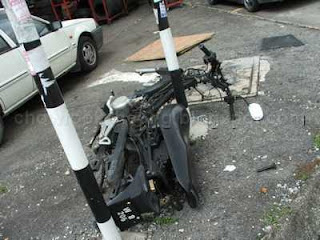 And just last week Saturday, someone hoped the truck would come nearer to get rid of this bike
Date: Saturday, April 14, 2007 No comments: Links to this post

Email ThisBlogThis!Share to TwitterShare to FacebookShare to Pinterest
Labels: Kepong

OK, just as I have suspected, this Honkie went and delivered my parcel to my house address despite me telling them not to. So, after more than a week, did I managed to go back to my house and retrieve the "Hee hee hee. Serves you right for not being here so I left this card for you to hike your lazy ass to the Post Office" card. 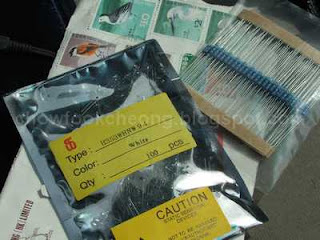 Just saw this Blue Toyota VIOS in Bangsar. At first, it looked nice because of the rims and also the darkened area at the rear. But once I went through it again, well......... OK la. But the style does not fit it well, except in the front. Looking at it now, reminds me of the pregnant goldfish, aka the Honday City. C'mon, you can do better than that. 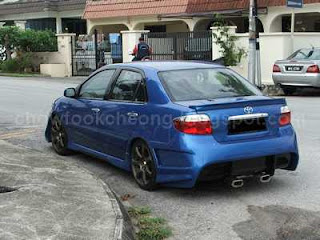 This was the angle which caught my eye, because it was parked illegally at the corner 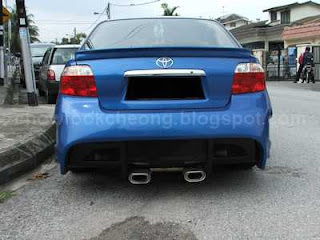 But the rear look the business, especially the double exhaust 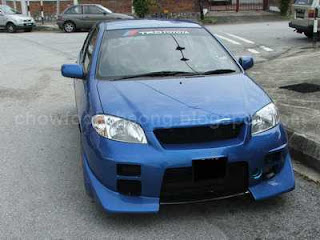 And I always liked the hole under the bonnet style.
Now, where is the huge inter-cooler radiators you
see on turbo-charged cars? The four square holes
could do with some nice spotlights too. 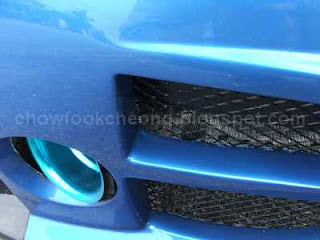 OK, so there is no turbo on this car, just your normal NA
But his cold air intake pipe is broken, though
Date: Saturday, April 14, 2007 No comments: Links to this post