Well, what a doo-doo I turned out to be. All the while, I was hoping to get this model, which is the Moonbus. And when it came, I realised that I had made a very big mistake. But since I have already pledged to buy it, no sense canceling it since it has already arrived at the shop. Moreover, Mr. Low might not be so happy if I did that even though he would still be smiling.

Anyway, the reason why I had second doubts was because: 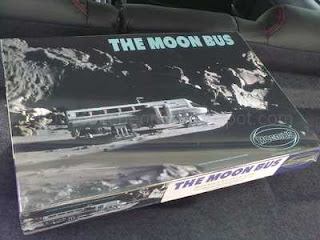 I got this at a very special price, thanks to Mr. Low 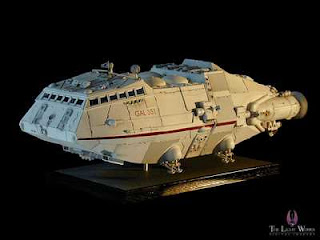 But in actual fact, I thought the Moonbus was this,
the shuttle from Battlestar Galactica.
(Image taken from Modelermagic.com) 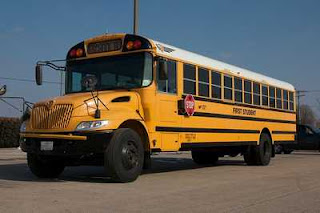 And now, the more I look at the Model, the more I
think about this instead.
(Image taken from wikipedia)
The Moonbus was actually a lunar transport which is can carry six passengers, limited cargo and two flight crews. It uses underside rockets to achieve flight to about a few hundred feet above the Moon's surface. Unfortunately, since everyone is in a space suit, there are no in-flight movies and food served on board. The only entertainment would be to look at each other or stare at th boring landscape outside the window.

So, seeing some images from the Internet, this is going to be a very nice model afterall...

When I have the time, I will review the model.
Date: Wednesday, February 23, 2011 No comments: