Shouting at the Car Park

There is one thing I hate about parking here, the SOGO carpark. Everytime I come in, they will see the car, and then watch where you park and walk towards you. By the time you're out of the car, they would have whipped out a spray can and start to spray on your car. They then polish the area and try to sell you that stuff.

It happened to me today and I was very angry. Usually, I would just park, lock the car and quickly walk away. But today, I had a lot of things to carry and I was not fast enough and so, the guy came over and despite me saying I am not interested, he sprayed onto the car.

And so, I shouted at him.

And everyone looked at us.
And he had the balls to tell me off why I was shouting at him
I said, "This is a company car, you stupid fuck! I said no and you still spray!"

And so, I quickly took out my camera but I was not fast enough because of that emotional out burst, my hands (fingers) were shaking which locked and unlocked and locked the car. But by the time I got it out, he saw me photographing and quickly walked off to his gang.

I know the repercussions and so, I quickly drove the car out of the lot, passed by them and told them to stay while I go and make a Police Report (just to scare them). And the stupid attendant at the pay booth agreed with me. In fact, he even tells me to go to the 7th Floor at Sogo to make a complain too since there were a lot of complains about these thugs and damage to the cars. OK, so he waived my parking but what the heck, man. 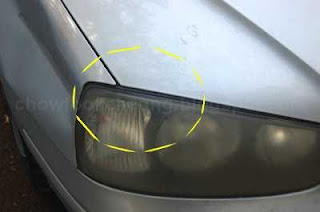 Off course there was no damage but these
chemicals are dodgy. They claimed it has
no effect, and I wanted to counter, "If it
has no effect, then you're selling crap" but
there were four against me. 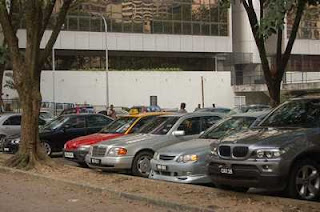 I know, I know, By the time I changed to the 70-200
lens, they would have either regrouped to come at
me or hidden away.


Anyway, after I came out, I decided to take a pass back to the parking lot and lo and behold, they're gone and so were their van. That was fast. 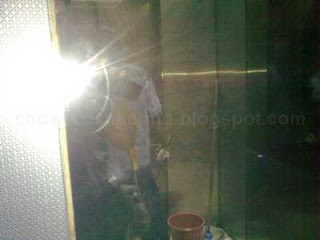 Not being satisfied, I released a silent fart
at some poor unsuspecting cleaner in the
after I took this photo. OK, so I can't help
it as I had stomach gas now and then, as
its really weird, maybe due to the oats.
Date: Wednesday, November 25, 2009 No comments: