This is the 1/35 Sd.Kfz.251/20 Ausf.D from AFV Club. The Sd.Kfz. 251 or Sonderkraftfahrzeug 251 aka Hanomag has 4 versions from A to D which produced many variants. It was the most widely used half-tracks (over 15, 000) by the Germans. And with its angled sloping plates, this AFV (Armoured Fighting Vehicle) is very effective against small arms fire and great for transporting troops. When I was small, I thought the American M3 was the better half-track but after seeing this design, I changed my mind. At first I thought it was ugly but slowly, the more I look at it, the more I start to understand why it was designed to be that way. 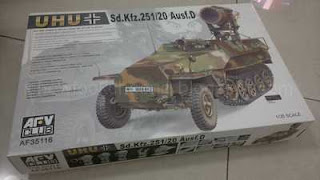 Unfortunately, it did not change other customer's
minds because they bought all the M3's leaving all
the Sd.Kfz on the shelves. Anyway, I got the 'UHU'
(not the glue) as, well, why not? 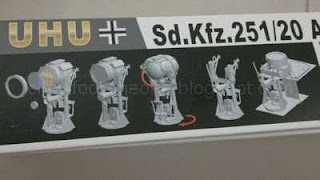 This is the main component of the Sd.Kfz UHU variant,
which is basically an infra-red searchlight. It even has
photo-etched parts. So, I got this as there are some
parts that I need and as for the searchlight... 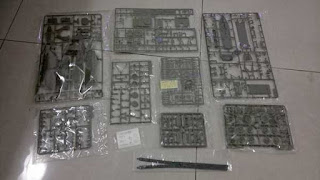 Opening the box, again, you are presented with a lot
of parts for this model. 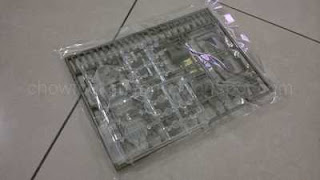 These are the parts for the searchlight and with so
much parts in there, I was smiling the whole night.
Like all other model kit manufacturers, AFV Club
does the main model, and then add in the variation
parts to the box. This not only help keep their
production costs low but sometimes, for the user,
the unused or extra parts are a bonus. 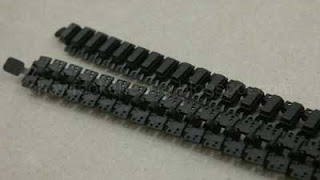 Alas, this is the half-track's tracks. No individual
tracks here. Then again, I'm not going to build it as
it is because all I need was its searchlight and the
top part of the Sd.Kfz's body. 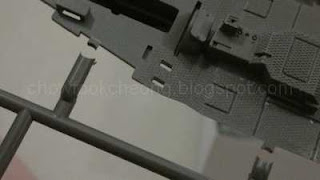 Not sure what happened here but it looked alright
as the actual part was not affected.

And so, that is the German AFV in WWII, the Sd.Kfz.

The Aircon that did not work

Bought some of that new standing air-cons today. They costs a lot but its worth it. I have seen something similar like it at one of my Brother-in-Law's place and they're quite effective. I am not sure how to install it since the person who sold it to me did say much but if I were to ask them, they would just say, 'Use glue also can, la..."Hang on a minute. This is not right.Normally, when you buy an air-con unit, they would ask you stuff like the horsepower, delivery times and even, the brand. OK, the horsepower is a lie; you can't stuff a horse in there. Feeling a bit uneasy I was about to decline the purchase but they have already wrapped it up and stuff it into the plastic bag... 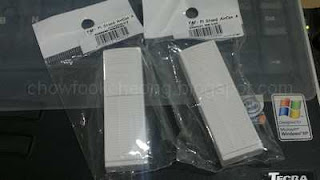 Anyway, I got two units, and surprisingly, for their
size, they're quite light. But no wiring, tubing or a
remote were given. 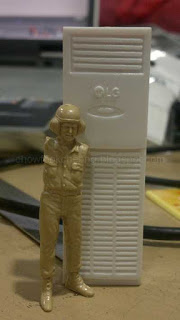 And this is the 1/35 scale representation of 'me'
enjoying the Air-con which well, does not work.
I had to pay two arms for it and its so loud, I had
to wear ear-muffs. The helmet? You can see me
grimacing just in case it spits out icicles...