Since today was a hot day, I decided to stop by at the neighbourhood 7-11 store to get some slurpee for my Wife. I mean, if I am driving home and its still hot even with the aircon in the car, imagine how she would feel at home. Man, these few days were unbearable. Sometimes when I accidentally touched the walls, they were unpleasantly (or uncomfortably) warm.

Anyway, while I was there, they were promoting the Batman Begins Slurpee (i.e. Grape/Blackcurrant flavoured). So, I got her that one instead of the usual green goop. And when I was going to the back of the store to get my own drink, I spied some of the REALX toy cars.

The REAL X cars came into the Malaysian Toy scene a few years ago, almost at the same time where Daisheng were selling those Extreme Tuner series. At that time, the price, if I am not mistaken, was about RM12.90 (or was it RM17.90?). But by 2004, the prices have dropped to a comfortable RM9.90. Still, for a toy car measuring slightly over 2 inches, its still quite expensive. However, if you consider the amount of details they put into it, its worth it.

Then, prices started to drop to RM7.90. By now, I have a feeling that its either selling well or the distributor is deperately getting rid of the remaining stocks. Usually, I never gave it a second thought because for years, the models were still the same until I spotted the Silver Mazda RX-8 which was always gone at every shops I looked. (Yellow was the second choice but it just doesn't suit the car). Yeah, I picked this one up instead of Lipton's Iced Lemon Tea.

When you decide to get one for yourself, make sure you got the one with its plastic windows free of scratches. This is because when you open the box, the plastic "windows" you saw just now, is actually a display case. The model is held securely with a screw at the base. Never mind if you do not have a screwdriver (like all other die-casts) because the other end of the screw is a "T" shaped handle. Overall, for RM7.90 and with so much details, its quite ok but don't expect it to run over smooth surfaces perfectly like a Hotwheels because it cant.

Oh, and its made in China too. 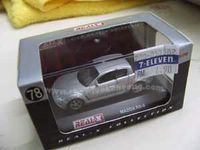 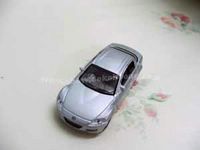 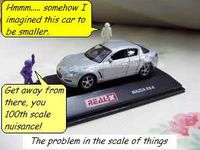 So, its already six months and Kristine has learnt a lot of things:

Sigh. I also want to cry 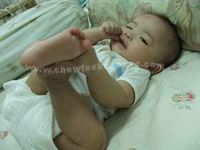