As I was walking in Jalan Raja Laut....

I had another customer at the end of Jalan Ipoh. And Jalan Raja Laut was within walking distance. So, during lunch-break, I headed off Jalan Putra, where there were quite some shops importing Made in China toys. In most cases, whatever MIC toys you saw at the shops, there is a very high chance that it came from this area. As there were nothing much, I walked further
towards Jalan Haji Taib where there were more shops.

This area is famous for a lot of bags, premium items, toys and the famous dried Pan Mee. (I did not have the chance to go to that shop since I was not in the mood for lunch). Although there were a lot of things (such as a very accurate copy of the Transformers Binaltech Grimlock) but I still could not find what I was looking for: Another Benign Girl mobile phone, this time, its for Kaelynn.

But I did encounter more BB guns with laser pointers. The prices there were quite reasonable and after some friendly chit-chat, I was able to buy wholesale but since my paycheck is stil not cleared, I could only buy a few. 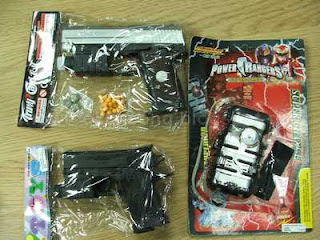 So, here I am, with the two guns and a Power Rangers doohickey 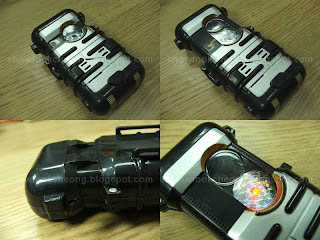 This Power Rangers toy is nothing more than a pop-up
box. But with its design, and a new coat of paint and some
electronics, it might actually look cool. Ha ha ha 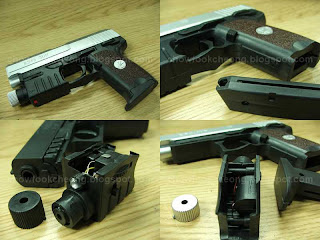 This gun cost a bit more and is much heavier. The weight was due
to the BB pellet clip at the butt. Makes the gun easier to hold even
though it is small. The other gun is not worth mentioning except that
it is black in colour. Nevertheless, I only buy then because of the laser
diode inside them, which is easy to take out. The plastic tab in the
ammo clip was so sunken, you would have problems loading 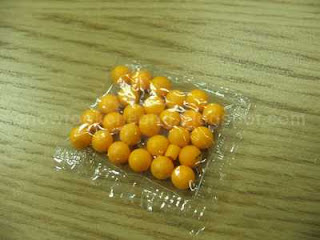 There is a reason why I throw away the free bullets
in the guns. They are not perfectly round and most
likely to jam inside the barrel of the gun. Here, you
can even see part of the sprues that holds the pellets
as they are moulded in halves.
Date: Wednesday, December 12, 2007 No comments: Links to this post