While I was in Pasar Road today (because I had a valid excuse to go there, OK) I went to Pudu Plaza's photo shop called YL Camera Service. I think it was originally located under an escalator before but I am not so sure. Actually, I was eyeing this shop for months when I was looking for a replacement to my dead FujiFilm camera. They do sell a lot of second hand cameras and lens as well, plus other new equipment.

Anway, I summoned all my courage and went it to have a looksee. After talking with them about the D50, I decided to enquire about the infra-red remote controller. I was thinking about this for days and today, I decided to blow caution against the wind and bought it.

And after everyone has gone back, I decided to play with it in the office. Hee hee hee hee 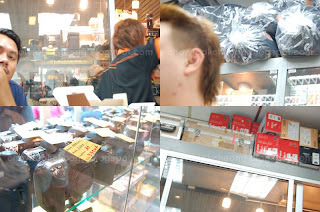 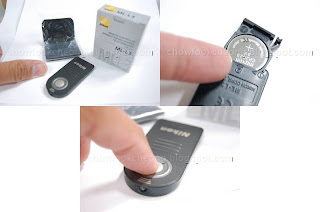 [Clockwise from topleft]
1. The ML-L3 remoe is very small, so, can easily get lost wun. That is my thumb
2. It takes a CR-2025 battery, which I hope got stock
3. What the..! Buttons are soft membrane wuns la! Haiya! 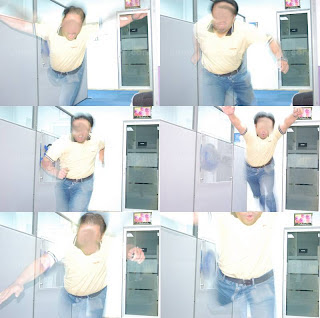 Test shots with delay flash and lots of jumping about on the floor!
Some are missed timing and some nearly hit the table where the camera
was. Had to use manual focus or else the lens would try to focus first before
it starts to take the picture which would result in more delay

I was there today and these LED
strings costs less than RM50 for
the White and Blue while the rest
are less than RM40. Its slightly
less than a metre and runs off
12 volts DC. The next door
sells them twice the price
but is slightly longer 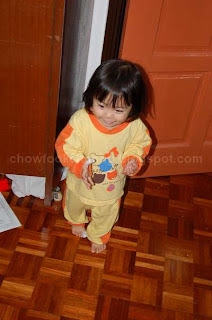 This morning, I had to bandage Kaelynn's right toe and
right thumb. Her toe is still a bit dry and so the skin are
still cracking whereas on her thumb, the fingernail is
about to come off. Curious as she is, I do not want her
to pick at it and then pull it off. Sure cry wun
OK, truth is, I just want to take shots of the fingernail
when it finally comes off. Bad Daddy
Date: Friday, February 15, 2008 2 comments:

I did not have a good nights sleep last night. I just remembered it was Valentine's Day. Before this, I used to get my Wife some stuff on Valentine's Day but from Johor trip, I could not get her anything. Still, I gave her something this morning and I won't know until I get my ass off from the office chair.

Still, the two day's trip caused me a lot of worries as we did not actually have enough cash. At all. The main priorities went to the van's petrol and toll. This time, the petrol was a bit more than usual since there were three person in it and we carried a lot of gear. The night in JB was the next thing that zapped our resources since I was hoping for a night's stay in Kulai which I believe, could cost us between RM50 to RM100 and not RM195. So, for lunch, dinner and dinner, we had to go ultra cheep cheep. Luckily the Hotel had Buffet Breakfast which I told the techs to stuff themselves. But after one serving, we all sort of gave up since the quantity was there but not the quality. Hiah Hiah Hiah. 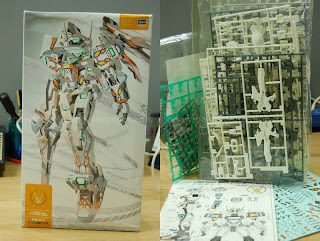 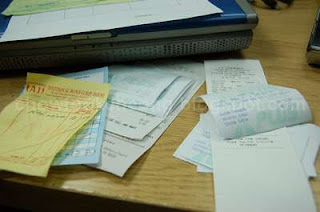 The receipts from tolls, petrol, meals etc. I have to get
them sorted out before I forget what is what 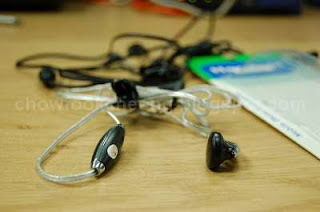 Finally, I relented and bought an expensive RM12.90
handsfree kit at a Highway stop. The RM5 handsfree
was broken and the next RM5 was not working too
well. Yeah, I go through them like crazy. Either that
or I have to donate to the Poiliceman's Ball
Date: Friday, February 15, 2008 No comments:

Shots in the Dark

So, after our dinner we decided to walk back to the Hotel. As we neared the Hotel, we took a left turn too early and ended up at this playground. So, I told my techs to go on ahead while I try out some night shots. (Little did I know, the route they took, the same route I followed afterwards, ended up nowhere and I had to go out and make a big circle to go back to the hotel)

What attracted me earlier was the sound of the kids playing there with their Father. Once I looked on, with the lights on, the playground is quite nice. But with so much shadows, and with the sound of the children, it can be a bit weird. Anyway, i decided to take some shots of the playground and its surroundings since the night has a nice cooling breeze and was not raining. But I do realised that I was quite lucky that night. Halfway out of the place, as soon as my eyes start to ajust themselves, there were some people all in the park afterall.

But all I can say is, I should be bringing a tripod wherever I go. And a small torchlight. Definitely a small torchlight because the D50 does not have light at the control panel and I had to rely on streetlamps to see the settings.Haih 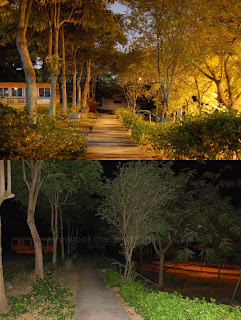 This was fun to take. I laid the camera on top of my Temjin
model kit on the floor and then used a timer. But when I took
with with a flash, it was not so nice. 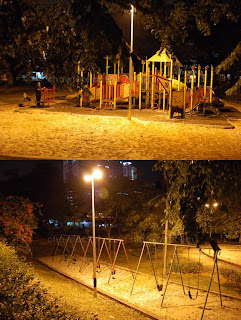 I had to keep as still as possible with the wind blowing. But I realised
that if I took one shot and then lift my finger up and try again, they
would come out very blur (if you magnify the picture). So, I set it to
take multiple shots while I hold the camera and took the best one.
But for the swings, I just adjust the EV setting and it was fine 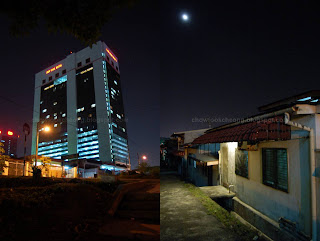 If I set the White Balance to others this building would look horrible.
But in the old days, it would look nice with everything reddish and
all yellowy. I decided to set it just he way I saw it. Yeah, boring
The shot on the right, was in an alley and I tried to convey a very
lonely/quiet image. Guess I failed. Even the moon was not full,
using manual focus and taking multiple shots was the only
solution. 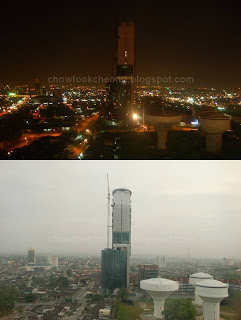 I took this shot last year and decided to take it again. But its not very good
as I did not have a tripod. However, the bottom shot is what it looked
like during the day. It looked better in the night, as if it was a scene
from Blade Runner.