Krsitine was trying to learn how to use chopsticks during dinner. So, after taking these shots, I taught her the correct way but she was bored already. 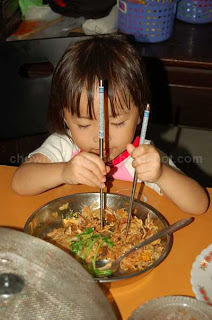 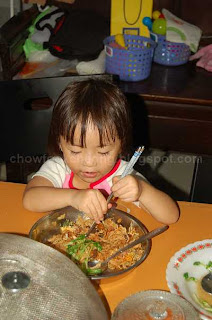 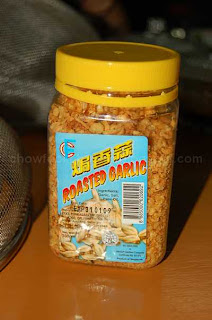 I am starting to like this even though
they're not fresh. But after a while, I
find that I like to eat it with almost
anything. Oh, and I fart a lot after that
Date: Friday, April 04, 2008 No comments:

I was called to this place because a few extensions did not work. The very first thing when this happened, the most common question we would ask would be:

1) How many phones were out?
Because if they're more than four or ten, this means, an interface card or two could be the culprit.

2) How do you know its not working?
Its a very simple question but the answer is very important. Sometimes, its the incoming lines that are out and the confused customer would say, the phone's not working.

3) When did you notice this problem?
If the answer coincides with "last night was OK, and then this morning it went nuts, etc.", or "a few days ago" or even "last week" might give you a clue the cause of the problem. Maybe last night's lightning storm contributed to it. Maybe last week, the other contractors had a hand in it while laying cables and so on. 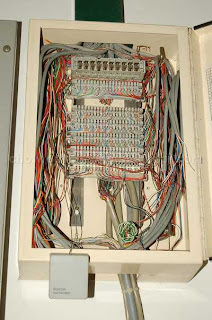 Me: You kena lightning strike la?
Him: How you know?
Me: I know, one 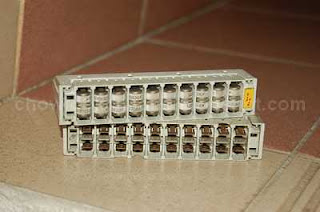 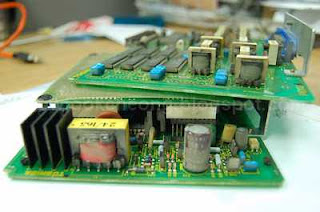 Me: Your sixteen extensions all out, right?
Him: Yeah, how you know?
Me: I know, one 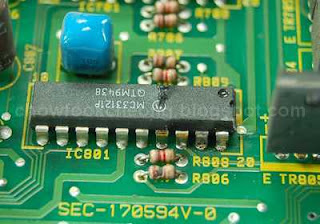 One of the extensions caused this. Its a sure sign of lightning

Conclusion?
His place was not properly protected as the Lightning arrestor did not do its job since the gas tubes were missing. Not only that, there is no sign of any earthing done at all, which is crucial for the lightning arrestor to draw the lightning away. And the cause of all this? An extension at the back which for some reason, was long and maybe had its wires at the top of the zinc roof.
Date: Friday, April 04, 2008 1 comment:

I saw this when I was visinting a customer. I wanted to sent this to The Star but I was beaten to it. Cheh. Could have won RM50. 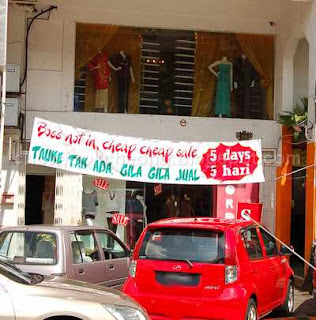