OK, so I bought a new toolbox even though my 10 year-old toolbox still served me well. But when I saw it only costs me 80sen, I had to get it. Luckily, sensibility stopped me from buying more than one. But after a few hard seconds of strenuous thinking, I should have gotten a few more. I mean, the box has a slight translucent cover which lets you see the contents inside. So now, I have to get some tools for the toolbox. My Boss has already started me off with a screwdriver. See the new toolbox? Nice or not? 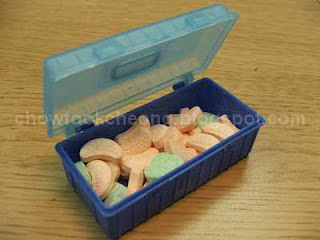 And it can even be used to carry dried fruits 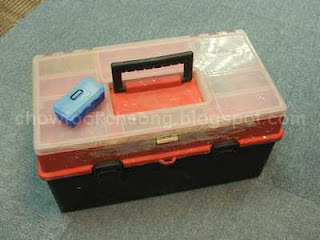 And this toolbox is quite compact too. You can carry it
in your pocket and save boot space.
Date: Thursday, June 28, 2007 No comments:

This is the first time I saw an accident happening in front of my eyes. It happened at the new flyover at the Sungei Buloh junction. If you’re exiting from the Sungai Buloh Hospital toll or making a U-turn (due to the diversion from Sungai Buloh), you will be using this road. At the top of the flyover is a T-junction where you can turn right. But that road is still closed at it is not completed yet. Anyway, I was about 200 metres away when I saw a silver car suddenly did a turtle. The scene looked surreal as if it was a toy car that was being flipped about.
Within seconds, it caused a traffic jam and already some have alighted from the car, presumably to help. As we edged closer to the scene, it appeared that the Silver Proton Wira Aeroback tried to make a right and hit the concrete divider. Or maybe, it tried to overtake the small lorry in front of it and then lost control and the car hit the divider. Whatever it was, the front of the car suffered quite a bit and for a car that size, it was surprisingly light. And at first, I thought it was a Proton Saga.

Still, at the time of the accident, I guessed she must be rushing to Kepong to pick up her child since it was slightly over two in the afternoon and the nearest school was in that direction. 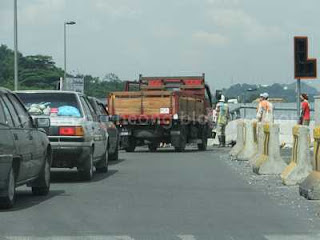 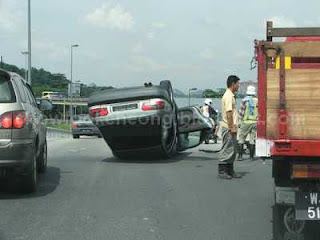 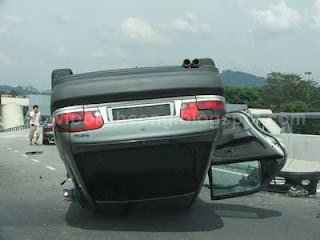 After seeing their website and plotting/scheming to go there, I finally got the chance. Besides, if The Suan reccomends it, then its a must go.


The thumbdrive came with a small program inside it called Imation Flash Manager which is completely useless. Once you set up your password and log in, there is no flash whatsoever. Even the green LED that blinks was not bright enough to serve as a flash. I want a thumbdrive, not a camera accessory.

Oh, hang on, I think it’s a software to manage the thunbdrive’s contents. Sure enough, once I have done that, it asks me if I wanted to partition the drive so that I can have a public and private partitions. I should have done this earlier because now, not only do I have to sit and watch all my MP3 and project files disappear as it reformatted the thumbdrive, I have to do it all over again. And its not a fun thing at 3AM in the morning. But once its done, with password protection, all my personal files are safe and its hidden too. Unless, I suspect, someone went and deleted that file, then all is lost. Still, there is the write-protect option…….. 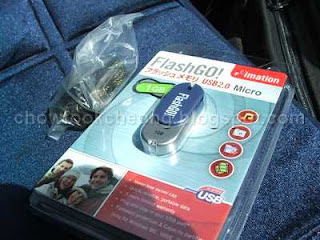 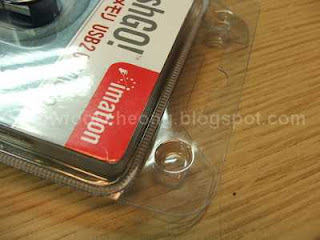 I can’t understand why some idiot would design the package to be
opened by popping the two locking lugs and then sealing the
whole damn thing. In the end, I had to find a strong pair of
scissors to cut the plastic to pieces before getting to the
product. 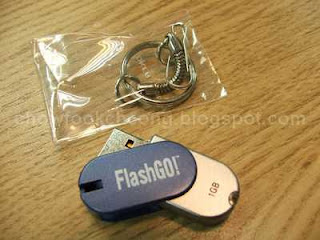 So, there you have it. A 1GB thumbdrive with a plastic cover and a keychain attachment. 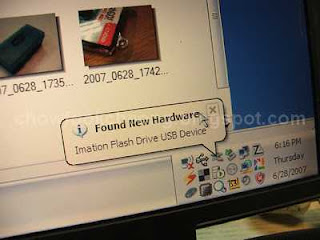 Plug that into a WinXP PC and it immediately spoils your Hide & Seek game for the day
Date: Thursday, June 28, 2007 No comments:

This is what our new office looked like, but there were some small major changes. Its still looked like the one on the picture but some areas have been changed during the renovation process. 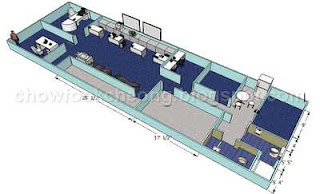 Guess where I am sitting?