After our jaunt at Subang Parade, we had to stop by Carrefour next door on our way home because Kristine wanted to go in there. Anyway, there was nothing to shout about since we did not have much time left. But we did come across the new Koko Krunch whihc has white chocolate. And after two helpings from the nice girl at the counter, we decided to get one box.

I made Krsitine get the sample herself so as to overcome her shyness. Because, if she wants something, she should try to get them herself, if possible since she wanted (OK, insisted) to do most of the things herself nowadays.

But at the end, guess who had to finish all the three unopened "old" Koko Krunch? Sigh 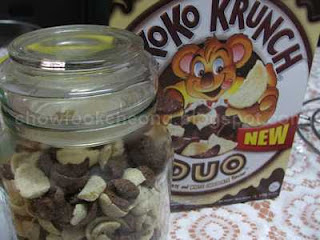 Dad's mobile phone konked out months ago and when I sent it for repair, they said its not worth the repairing since the cost would be the same as the phone itself. So, I lent him Wifey's phone while I tried to source another one for him. Eventually, I forgot about it until recent events which triggered my brain cells. Except that I still forgot about collecting back the faulty phone.

Anyway, one of the family member has decided to *censored and to cut a long dirty linen story short* get my Dad a new phone. And so, he is now enjoying a brand new Nokia 6080 phone. It met his criteria of having a large screen, ear-piercing loudspeakers and longer lasting batteries. The Nokia 6070 costs RM80 less but after playing with the keypad, we decided to go ahead with the Nokia 6080 since everyone has a large thumb and once you insert it into the crystal casing (plastic transparent case, la) the keypad is still functional. 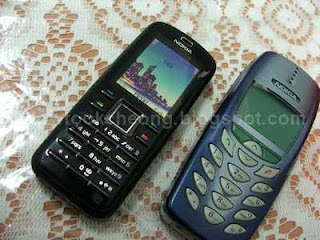 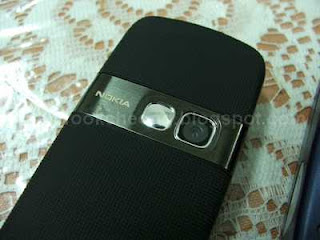 One of the unnecessary feature was the camera, but who cares?
Its a free phone. Ha ha ha ha

Email ThisBlogThis!Share to TwitterShare to FacebookShare to Pinterest
Labels: Nokia 6080

An afternoon at the Subang Parade

This Sunday was the only time we had to go out as long as we wanted. That was because of my outstation trip ended a little earlier than expected. So, we decided to head for the nearest Shopping Mall for lunch with some friends and also do a bit of shopping. And we ended up at Subang Parade. 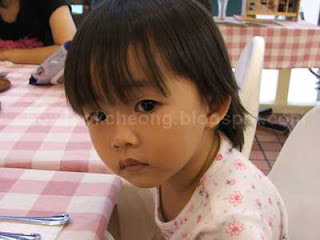 Kristine is growing quite fast now. Just seemed like a months ago,
she looked like a small girl but in this shot, you judge for yourself 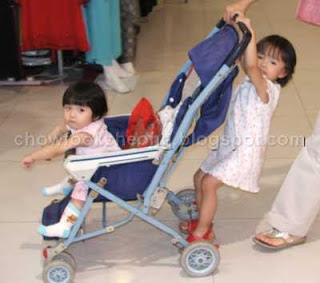 Then after that nice lunch as Fisherman's both girls were
fully charged up and thats where their antics started
Date: Sunday, July 08, 2007 No comments: