The Trip up North Part Four

So, its almost evening and I am still driving. By the time we finished our job in Sitiawan, I decided to let my technician break fast in Lumut since (I thought) there were better choices there. I was wrong because everyone was either breaking fast themselves or closed for that matter. So, in the end, we settled for some backlane stalls where the Tom Yam was so hot, I started sweating like mad.

Anyway, the day is not over yet because Boss wants some Chee Cheong Fun in Teluk Intan and since it was on the way, I decided to get some for the both of us too. I can never resist some Chee Cheong Fun when I am wither passing through or in Teluk Intan (unless its during the day whernthey do not open). By the time I came back home, it was almost two in the morning and I am still feeling fresh and alert. (Which later on, I learnt is not a good thing) 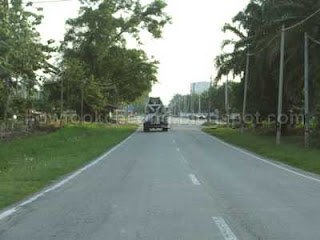 This is the safest distance to follow a cement mixer truck
which throws a lot of things at you. Distance: 200meters 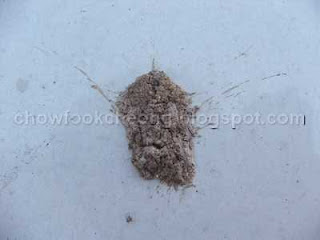 This is what happens when you get too close. Luckily, its
not cement by mud We came in, rushed about and opened the van for all the
tools that we needed. The guard was surprised too
Date: Tuesday, September 18, 2007 No comments: Links to this post

The Trip up North Part Three

OK, while in the ferry this time, there are no safety DVDs. It seemed like as if these ferries are from different companies and each of them have their own "rules". Anyway, on the DVD, they're showing some Hong Kong Film called "Unstoppable" which is hard to watch because of the rolling about. Well, not really. Its because of the spoken languages. I believe they're speaking in Cantonese but were dubbed in Mandarin. Worse of all, the subtitles were more entertaining as I can guess the translator did a direct Cantonese to English translation. For example, when the phone rings, we would say, "Hello?" but because of the Cantonese, we would have to say, "Wai?". And the "wai", when spoken in different intonations, can mean from feed to broken to hello to hey. So, the translator translated it as "feed". Ha ha ha ha. But I am tempted to get this DVD as the action scenes are quite nice and has a bit of rooftop running scene (called Le Parkour, go wiki it) just like from the District13 movie (or called Banlieue 13)which was so engrossing. 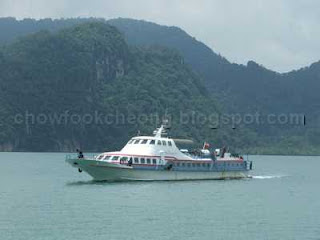 Another ferry coming in 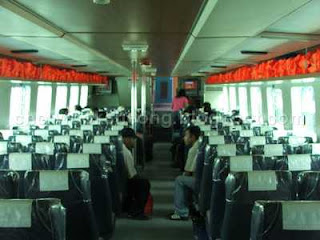 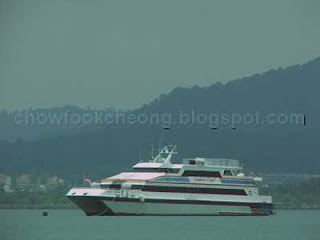 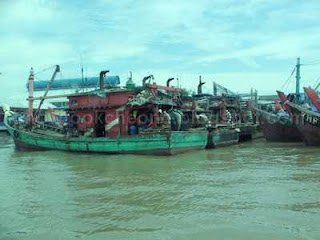 The Trip up North Part two

This morning, we have a lot to do. Mainly, to make sure we service the Langkawi customer within the shortest time so that se can make it to the Sitiawan customer before they all leave for the evening. So, if I followed my schedule carefully, we would have reached Sitiawan by four in the afternoon.

Unfortunately, this was not the case because the Langkawi customer took more time than we expected as more problems cropped up the more we asked. I hate it when they do not want to sit down and discuss but rather, tell it to you in the fly. Worse of all, the person in charge went out and we had to wait for an hour before he came back. So, I made him feel guilty and he drove us all the way to the pier to compensate. He did ask why we did not take a ferry from Penang to Langkawi but he answered himself as the ferries on these routes are small and with the recent earthquakes, they could not withstand any form of raging waves or Tsunamis.

Our ferry came in at one in the afternoon just in time. So, by about three, we cleared Alor Setar. This time, instead of exiting more familiar Bidor-Teluk Intan-Sitiawan route, I decided to exit and detour at Cangkat Jering-Sitiawan route, which is the back and direct way. Although its about 80-odd kilometers, we lost a lot of time because of the twists and turns in the road which the van could not handle and also there are a lot of traffic (slow lorries) which are very hard to overtake. By the time we reached the customer, it was six forty-five in the evening. Although she promised to wait for us, by half-past seven, she drove off without telling us. Luckily, there was a maintenance guy who will acknowledge our service call as my Boss had phoned ahead. Still, if I ever did see that stupid woman, I am going to give her a piece of my mind. This is my breakfast buffet: Flower sausage with onions, chicken burger
with onions and tasteless fried Maggie. My second helping consist of boiled
eggs with onions, sambal and rice. My third helping were toasts with orange and
strawberry jams followed with toasts and baked beans. Lastly, it was some
watermelons with some bananas. Ha ha ha.
OK, I had to eat this much because we'll be on the road the whole day and
no time to stop for anything. 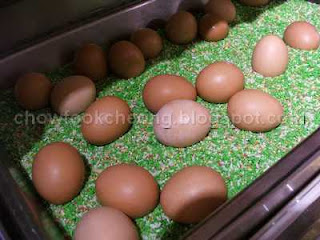 I like the way they decorated the boiled eggs 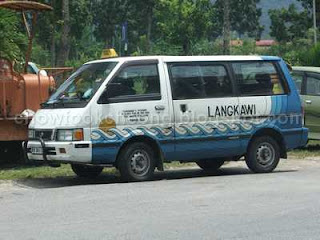 This is a taxi (that I know of) any other cars would be a taxi hantu
(illegal taxis, la) but then, over here, I don't care as long as I get to
where I needed to go. 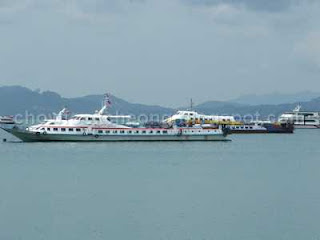 Some of the ferries similar to the ones we took
Date: Tuesday, September 18, 2007 No comments: Links to this post