Just when I was going off after seeing a customer, I noticed that someone has done a very nice job maintaining the bushes near the car-park. So, I decided to have a go with my cacat camera...... I always like to shoot things which have a sharp subject with a very our of focus background. So, when you look at the picture, you tend to focus on the subject instantly. 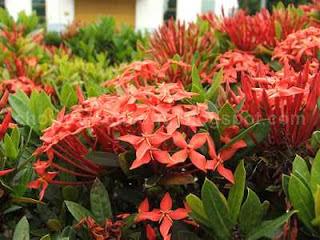 I forgot what this flower is called by its more common than
our National Flower. But there were too many flowers to
distract you and so, you would not want to see the
subject straightaway. 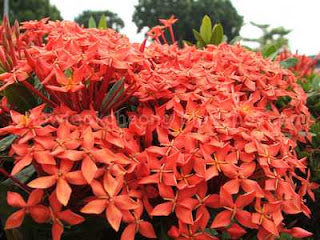 If I am not mistaken, when I was young, I took the stems out and
put them on my tongue because there were some sweet liquid 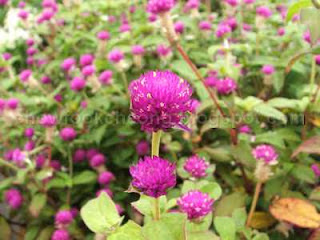 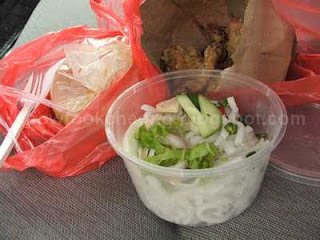 After that, its time for lunch. I bought some Asam Laksa
and crispy banana fritters. Good thing they separated the
soup as I like to have very little soup with the laksa, but
this also depends on my mood.
Date: Monday, November 26, 2007 No comments: Links to this post

These mini-cakes are so common by now. Where ever you go, you can see them either being sold openly or packed in bags. And as usual, I hated them. They're nothing more than dry and/or hardened min sponge cakes. And oily too.

However, during the weekend, my Mom bought a new version. Its really different. Or, maybe everyone is sick of them and the seller/maker came up with something new. Its easy to do that but why wait until more than a decade?

I tell you why. We as Malaysians are no different than monkeys in a zoo. As soon as one gets a good idea and starts to market it, everyone would follow. Ah, but here is an interesting fact. The first monkey did not bother about copyrights. And so, for years, the other monkeys just follow and copy his idea. Its so easy too.

Then now, another monkey decided to mix the batter to have more flavours. And I can bet you, sooner or later, there would be a lot of flavours to choose from. And the rest of the other monkeys would just follow. I'll bet, if you just ask them, how they did it, their answer could very well most probably, loosely, in this form, "I dunno. THEY did it, so I also want to do lor." And its illegal to hit them on the head until it cracks, monkey or no monkey.

Still some of the flavours would be:
1) Strawberry/Blueberry/Raspberry/Orange jam fillings
2) Durian/Pandan/Coconut/Red Bean fillings
3) Coffee/Chocolate flavours

But what I am interested in are:
1) Chicken pie/Tuna fillings
2) Orange and/or Vanilla mix flavours
3) Chocolate coated vanilla flavours, and so on

And no, I do not want to be the next monkey since I know nuts about making these 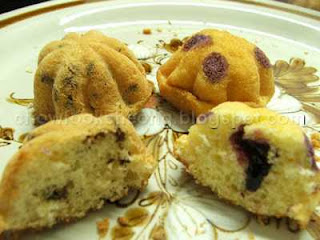 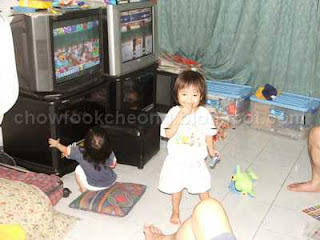 Thank you so much for the Hi-5 DVD which you got for me. I have finished all your chocolates too and I want more! I like your DVD so much that everytime Daddy puts for me (or when I try to put it on myself), I will wear my favourite pink skirt and dance around. Kaelynn is very interested too but we have to make sure she is not sitting too near the telly when it is on. That's all for now, ta-ta!
Date: Monday, November 26, 2007 No comments: Links to this post

Where is the monkey? 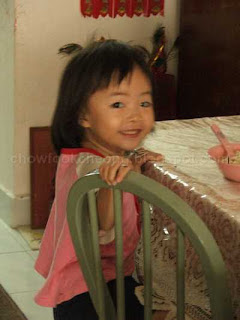 This is Kristine. See Kristine smile 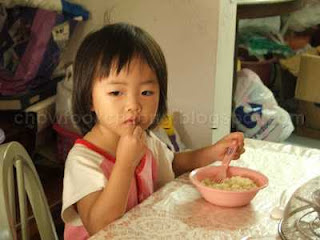 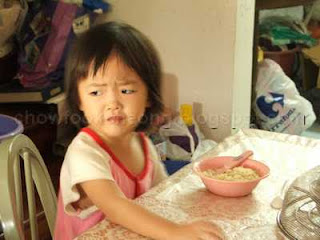 The medication has worn out. See Kristine frown


Why is Kristine frowning? 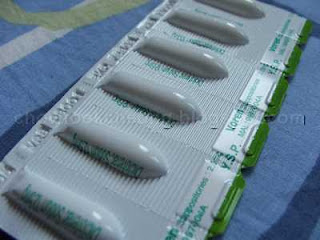