Since our car was parked at avenueK, I decided to pop by Toys r Us as they're having a sale. I am not sure if they were successful or not since a lot of toys were "gone", such as MacFarlane's and some choice action figures. However, the Spiderman's Green Goblin sword was retailing for RM99.90 and with a 10% discount, it was too expensive for me to buy it for the girls who has a tendency to break toys within 10 minutes.

So, I got myself a Rockman toy, for 50%. I wanted to get it at Jaya Jusco last year but the RM40 price was too much to pay for this set. There are two versions to the toys; model kit and fully assembled. Unfortunately, the model kit does not have the transparent version or else it would be a steal for RM9.90

Suprisingly, this reminds me of those Micronauts in the 70's which were very flexible but with hard fraglie plastics. For the Rockman, it is more like hard vinyl which but with flexible joints which is great! I can do a lot of poses with it but I have to make sure its well balanced or else it will fall of tables, pots, fridges, etc. No, I am not going to give it to Kristine or Kaelynn. 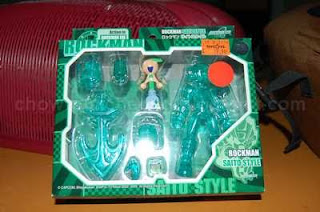 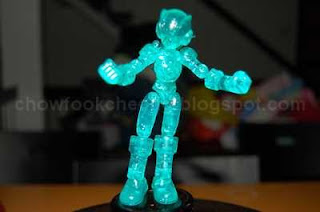 And with its slightly stiff joints, it it can do a
lot of poses.... 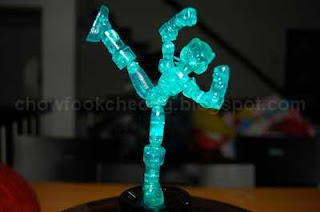 But you'd have to keep it in balance. Maybe its like
those Revoltech series but I am not sure as I do not
have one 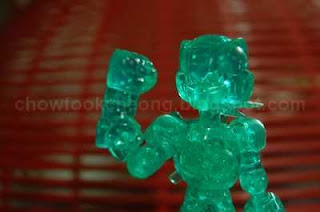 OK, here I am, trying with macro shots with different
backgrounds. This one uses a plastic net which covers
your food from flies 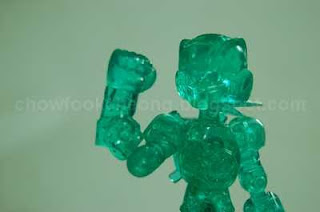 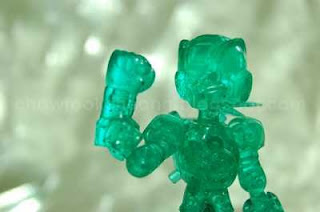 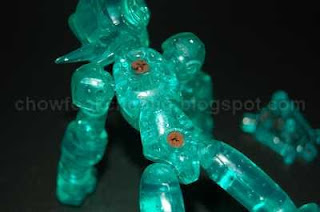 Unfortunately, when I looked closer, I noticed
its screws were rusting.... damn! 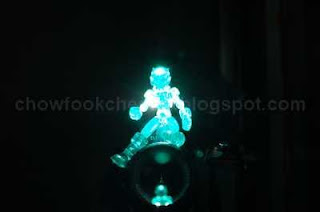 Testing with flash ala Tron 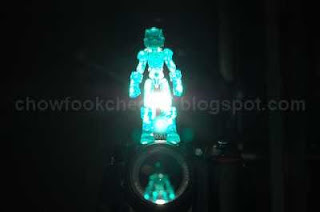