After more than a week with the D50, I have found a very serious problem with the Nikon D50.

Let me explain. Before this, with the FujiFilm, an average photo would be about 880 Kb. But with the D50, even though I have set it to FINE Quality at MEDIUM size, the file is about 1.5MB, which is about twice of the FujiFilm. Granted that the FuijiFilm s5500 is a 4 MP camera and the Nikon D50 a 6MP, I would have assumed that the space required on the hard disk would
just double up. But I was wrong. For you see, with a measly 128Mb on the Xd card, I am restricted to about 144 shots and then I would have to download everything onto the Notebook. But with the 1GB SD card on the D50, I am getting 494 shots.

But that is not the reason. The serious problem with the D50 is that everytime you press the shutter button, the sound of the mirror folding up and other mechanical works all rolled into one satisfying, wholesome "click", you'd be tempted to take another, and another, and another...... Oh, its so fun to take pictures like that again!

As the D50 is so nice to shoot with, so much so that my storage space filled up very fast. And we're not talking about Megabytes. Every few days, I have to dump all the photos onto my external hard disk and that too, is going fast. At the last count, I have less than 9 Gigabytes. I think, if I go on like this, I'd have to save up for another hard disk before April.
Ha ha ha. 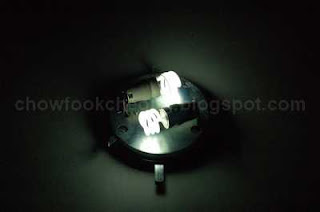 This is the light I took pictures off. Still couldn't get the picture right 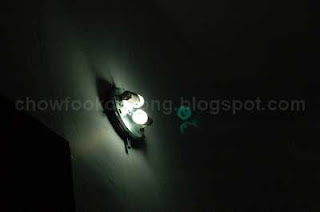 If I take it from an angle, and with the UV Filter, there is
a small reflection (on the right) and its not a watermark 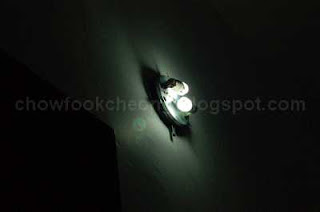 You can see it again, this time its on the bottom left.
And if I took the UV Filter away, the problem goes
away too. Haih.
I now know the problem, its called "Idiot using the camera"
Date: Saturday, February 02, 2008 1 comment: Links to this post 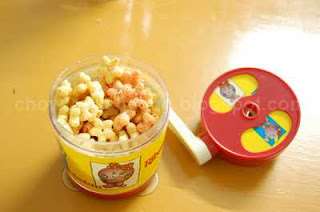 A pencil sharpener is used to sharpen pencils.
And now, I found out how Kristine can finish
her cereals so fast......
Date: Saturday, February 02, 2008 No comments: Links to this post 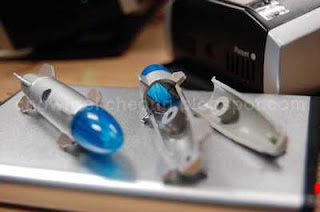 These are broken missiles left over from a toy which
both girls broke. I saved them as maybe one day, I
would like to light up the tip