While dismantling some PABX for relocation, I came across a box of calculators that were obviously made in China. It was thrown there but the staff because most of them were not working or had leaking batteries. When I took a second look, the design really caught me since it has the right shape to do any prop. Yeah, and you know what happened next, needless to say. 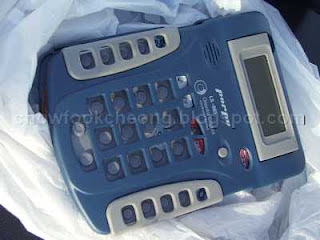 Trust me, this was a working complete set when I was about to
take some pictures. I accidentally dropped it and the thing split
into two. Since the plastic was so brittle, the two pillars holding
the screws broke off. But upon closer inspection, there were four
plastic clips so I can snap the two cover back without worrying
about it coming off again. The funny thing was, inplaces where
they do not use glue, they used screws and vice versa. Weird 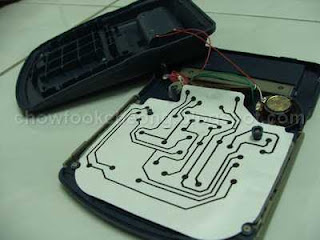 And another thing is the keypad membrane. Usually it is made
from those silicon/rubber mats with conductive carbon tracks
but this is different. Its made from a slightly tougher supermarket
plastic bag material. Must be due to the cost of the extra screws And here you go, the whole electronics 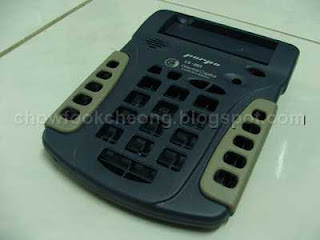 With everything gutted, now, do you see the potential?
Date: Thursday, October 18, 2007 1 comment:

My period is late. It's all your fault!!!

Why my fault? You told me it was ok, ma.

Well, I miscalculated ma. So its your fault!!! 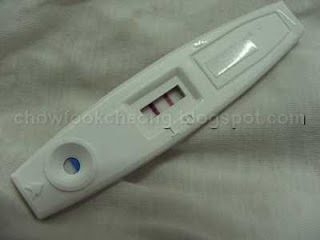 Moral of the story: When you hear the words "Late" and "Period" in one sentence, be alert
Date: Thursday, October 18, 2007 No comments: