Well, technically, it was a system installation as the customer really wants to reshuffle the whole floor. So, we had to re-initialise the system, redo the cabling and also clean up all the mess in there.

I was quite happy with this because my new guy really needs the training on cabling works and also how to troubleshoot them.

But I was sad because half-way into the job, I found out who maintained the system. It was my ex-technician (in my previous company) and after seeing their handiwork, I did not have high regards of them anymore, no matter how hard I tried. 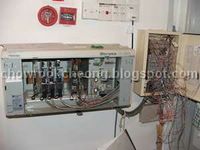 The system and its messy cabling 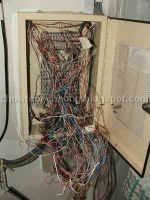 It was so bad, I had to pull it out and redo the whole thing 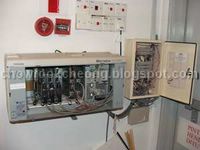 After 3 hours of work 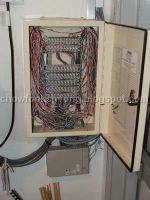 You know, sometimes it does not pay to play by the rules. After briefing the cable guy (who was an hour late), he went to the Seciruty Counter to ask where the loading bay lifts are.

Before I can intervene, this sourfaced Security Guard denied him any assistance whatsoever. So, when I asked what is going on, he pushed a form for me to get my customer to sign. Since the customer was not available, I proferred my Mobile phone to him so that he could speak to the customer. He refused to even talk to her at all.

So, the customer had to make numerous calls to the building management to resolve the problem. In the end, I was asked by the customer to wait for their Supervisor to come down and sign the form.

After more than 10 minutes, no one showed up because "Supervisor Saiful" was not going to come down to see us. By the time the customer realised this, more calls were made to the Building Mangement but to no effect. So, I suggested a formal complain to the Management in a loud voice.

After more than close to an hour, the sour-faced asshole came to us and signed it for us because he is also a Supervisor. We were like WTF!!!!

I have spoken to some others who had the same experience there too. One was made to wait for about six hours. They were only allowed to enter when they're ready to pack up and go home.

I am not sure what made him so ill-mannered and behaved as if he can bully us. Just for today, I really hate Indians. Real fucking Kelings, if you ask me. 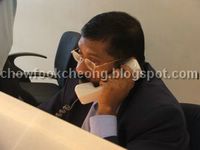 This is how he looks like. But if you see his belly, its even worse

So, when I came in this morning, the other side of the plaster partition was in the process of being boarded up. But this evening, it was "smoothed" with more plaster thingy (Polyfilla?)

The next stage would be to erect another wall partition and also re-arrange the new tables. 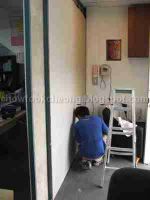 Covering up the other side of the partition 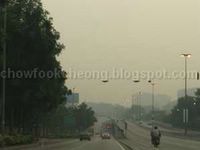 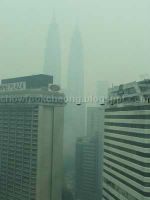 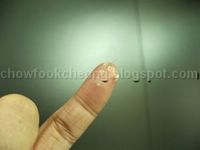