Recently, as we were shopping at Tesco's I came across two Malaysian comics. In normal cases, I would not even give them a second glance because like any other typical Malaysian, we feel that our local products are inferior and therefore we feel that the imports are much better. Proton is one such case. Maybe because we feel so personal with the product since it is local, we tend criticise it harshly and always comparing it with those outside Malaysia. But then again, in Malaysia, we generally open our mouths just for the sake of complaining.

Anyway, these comics are printed in almost A5 size and are usually one shots. And is from the Gempak range. So, its like getting a graphic novel.

Anyway, with the prices on these books, I decided to get two of them. Being so excited, I forgot about one main issue: Language. As with these local comics, all the dialogues are actually in Bahasa even though the covers are in English. I mean, if they went all out with English, the books would be marketable overseas.

4th Dimension by Octopus. (RM6.50)
This is the first book that I bought. The art is very clean and not only that, there are no dialogues. If you want, you can call this the Mr. Bean of comics. The main character is a bald guy who sleeps alone in a room, on a mattress, presumably in a kampung as there are no air-cons and the walls look like planks. And he works out too. It is easy to recognise him as he is the only one who wear nothing else but a pair of black spandex shorts or underwear in most stories. The story usually starts with him in the middle of a situation and ends with him waking up. But sometimes, the story does not stop there. In one of the stories, Octopus drew a very cute alien and maybe, if its made into a soft toy, I might buy it too. But because its black and white, I am not sure what the colour would be. Maybe its pastel orange or glowing yellowish white. Some of the stories are really unique and some are funny. Imagine the consequences of laughing at a ghost or stomping on a vampire. And once you get into it, you'd want more and it is quite disappointing for the book to finish so quickly. The reason why I liked this book so much not because its 100% in English but the art is very unique and so is the story. Bonus material includes “Trap”, “Dark Hole”, “Prey”, “Repugnant” and “Bloodshed”. All in all, this is a great book and I find myself opening the wrappers to read it again and again.

The small piece of wrapping paper screamed. With the attractive cover, I bought it. And then I wished I hadn't. Although it has beautiful drawn background, it would have been much better if the artist could at least try to draw the people properly. It felt as if throughout the book a lot of artists got fired or replaced and most of them are drawing half-heartedly. However, the saving grace came from the last chapter where the art is really well drawn. Still, reading this is like reading those horrible black and white independent comics in the early nineties.

The story is stupidly simple. An alien lands in North East Malaysia and is being pursued by other bad aliens. While the Malaysian authorities tries to keep things under wraps, they got pissed off when the US “spies” on them. Then the first alien turned out to be one of the good guys. Now, we have bad aliens chasing the good alien, special cops chasing the bad alien, US mercenaries chasing the good alien, and the army chasing the US mercenaries, chasing the aliens. So, with everyone running here and there, the ending to the story was bad. Anyway, the hero of this story is not clear since there were other characters who could be heroes too. And there were not enough time for each of their characters to develop. You have Fathie the crazy pilot F-14 Tomcat, Professor Kelly the scientist and some others which I can't even be bothered to mention. I am not sure why they need to destroy Batu Caves. I have read about authorities destroying Indian temples but this is just like trying to jump on the bandwagon. And another thing, why monkeys? And why does the whole thing have to centre on Kuala Lumpur? What is the relevance except to draw the KLCC and the KL Tower? It makes me think that its not Malaysian unless you have KLCC in it. Not only that, the F-14 Tomcat is decades old. No one in their right mind would purchase these planes at this time and age.

The reading orientation of the two books are quite different too. “4th Dimension” reads like a normal book whereas “The Arrival” reads from the opposite. And both books come with a few pages of the artist's sketch works or drafts. But Octopus does give you those extra wonderful stories. Each book has a page for the artist to describe themselves so that readers/fans can get to know them better. Maybe its ego boosting or just to fill in a blank page, I am not sure what it is for since the material has nothing to do with the story. There are no pictures of the artist, nor their real names. I mean, one is Octopus and the other is BEAR. Its as if the artists are too embarrassed to reveal themselves in case their book flopped.

Still, its a good try for the local boys. And I am eager to look for more titles when I have some extra cash.

Now, how I wished I could draw as well. 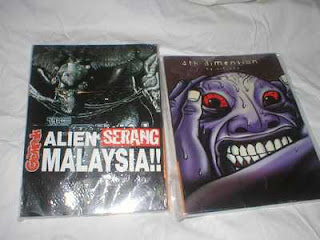 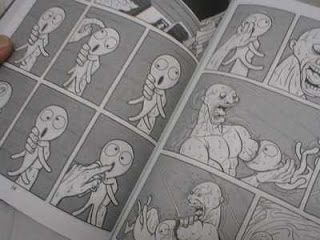 A page from Octopus's 4th Dimension 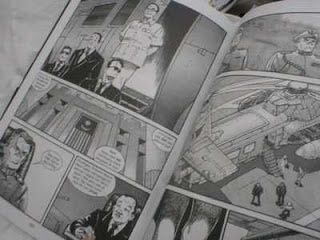 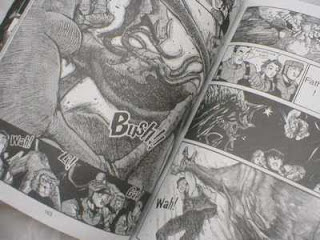 Naked in the bathroom 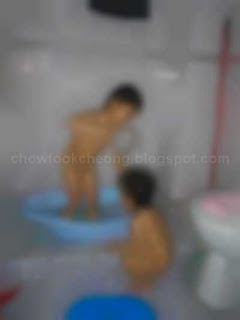 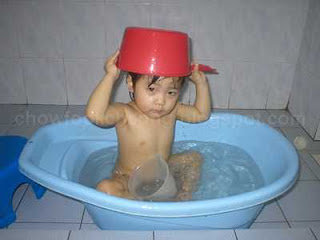 GEARS OF WAR is a X-Box game which features realistic graphics. It was a big hit for everyone in the console arena. Me? I have never even hear about it until those Game Websites hit my inbox. Although I don't have a X-Box, I was quite interested in the game, mainly because of their weapon designs and costumes. The game is quite unique because you can hide behind virtually anything when being shot, unlike those normal 3D games.

Now, if someone can make these weapons, I would be very interested. But to get the electronics and sound effects in, I would have to experience the game and sample the sounds. Anyone has a X-Box I can borrow? 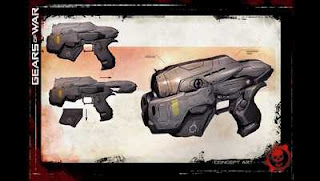 I really liked this handgun. But read somewhere
in the Forum, its a very weak weapon 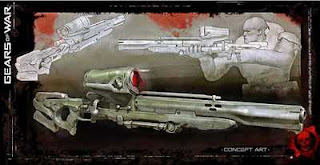 This is a sniper rifle which, the scope alone is
worth taking a closer look. The enemy's gun
is also nice but a bit too brutal 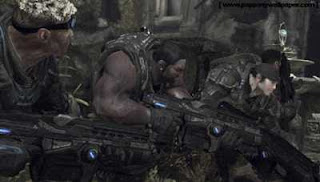 So, you go into battle with heavily armoured
vests and wearing nothing except for a scarf
on your head? Talk about confidence! 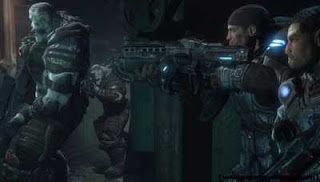 Also their costumes lights up for some unknown reason
Good for the enemies
Date: Monday, January 07, 2008 No comments: Links to this post

Email ThisBlogThis!Share to TwitterShare to FacebookShare to Pinterest
Labels: Sci-Fi

My OK is different from your OK

Boss goes to site and take a look. 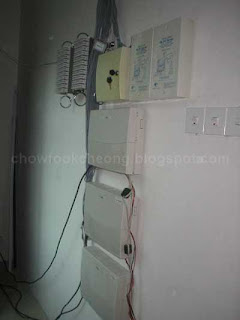 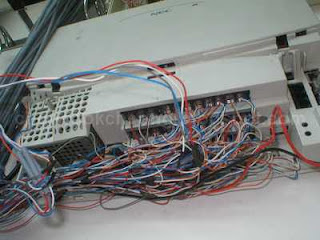 For one, the cables are messy once you open the covers 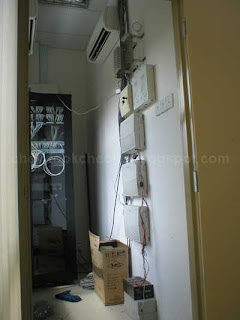 I had to move the "Open Frame" module to the
top of the system as it was underneath the air-con
and we don't want any dripping water on the
connectors or else.........
Date: Monday, January 07, 2008 No comments: Links to this post