Well, I thought it was the end of everything last week but there was a slight hitch. Because we're all honest people *ahem*, we did not use a 'runner' to get our documentations done. Not because we want to save the runner's fee but everyone felt that it is not necessary. To cut a boring story short, I drive the new owner to the JPJ in Cheras somewhere to sort out the documentation, which is actually transfer of car ownership.

So, along the way, I told him, to take good care of the car, its history and also, most importantly, how each modification can be repaired if necessary. 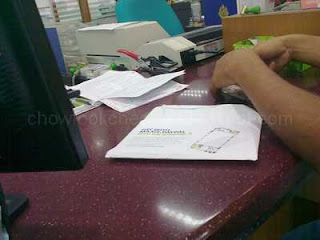 All we need to do was to sign on the forms. And
that's it. No need runner. Troublesome but no
need runner. 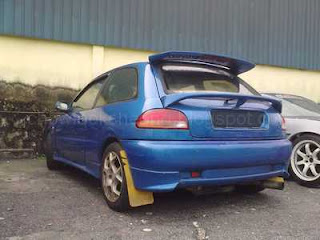 This also gave me one more last chance to look at my
Bengmobile. It seemed that they have repaired the
rear bumper and a few minor things or else, they
would not be able tp pass the JPJ Inspection 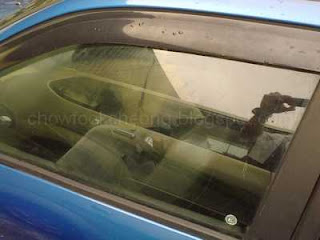 One of the thing they did was to 'remove' the golden
tint on the windows. This was because the original
Satria windows was already a shade darker. So, by
the time of the JPJ enforcement, it was suddenly
'iillegal'. 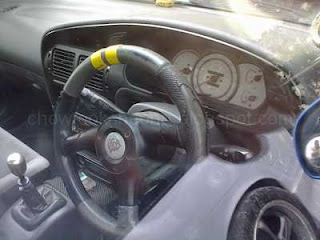 I see they have replaced the broken dash and
cleaned up the area too. I wonder if they had
a go with the EL dials as they replaced the dash 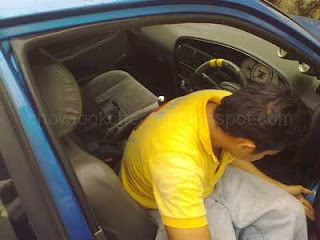 Not only that, they have removed the seat covers
but retained the meters on the A-pillars 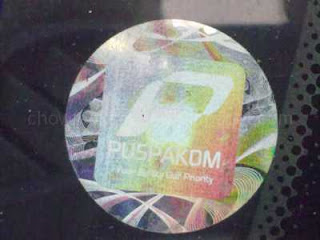 The seal of approval, by Puspakom 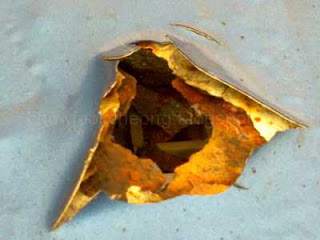 This is the rust which they have started to work on.
See the grey square? That's the cabin roof's courtesy
lights. So, when it rained.... 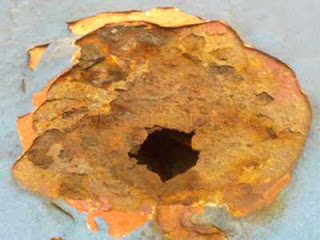 This is the other hole. The roof definitely had to
be replaced. And that, my friends, is costly. 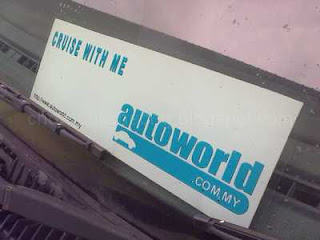 OK, I'll leave this on the windshield 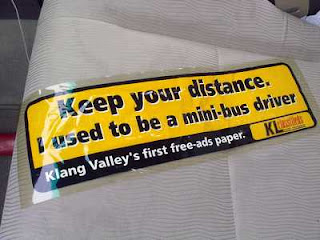 But I definitely took this one with me. Not sure
if BengII needs it or not. The clear edges are
already yellowed
And so, this is really it. The final farewell to Bengmobile, which since 1997, has chalked up more than 260 thousand Km together. Courted a few girls, and well, tested a few Laws of Physics too. I was really sad but it had to be done. Because I need to take Kristine to the school every morning and it had to be a safe car.

Yes, stop thinking about Volvos, can?