When the LCCT was opened in March 23, 2006, all local flights (OK, AirAsia) has been tranferred there. In other words, if you cannot pay for a decent fare, you have been punished by being forced to go to another place far far away from those well paying folks. Ha ha ha ha.

Anyway, the way to LCCT is a bit further, and if you look at the map, your first reaction would be, "What the Fuck! Its a Goddam big roundabout!". The LCCT is situated along the way to the F1 circuit and is the next neighbour to the KLIA's cargo area. So, imagine the taxi fares and the extra time you need (Not sure about the cost but the Limo charged me RM10 extra). Anyway, its already near to three weeks and there is complains about not enough space at the LCCT. Which is good news for business, methinks.

So, KLIA will be a bit "emptier" from now on. And because of the LCCT, I don't think I will be going the way of ERL unless they build a connection stop there. 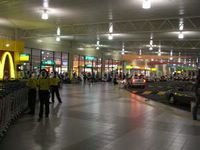 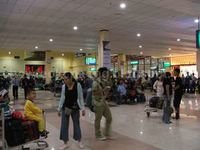 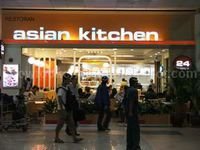 I don't know what the heck is Asian Kitchen but... 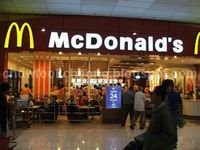 From the same decorations with the Clownhouse,
its almost a bit confusing at early in the morning 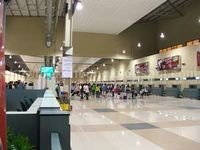 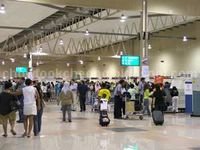 People are queuing up to queue up 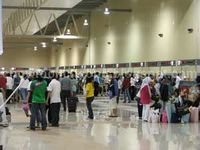 The whole building looked as if its one big container 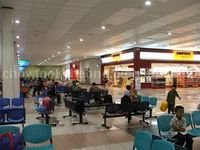 Once you checked in, the waiting area is quite nice
It has its own shops, with a few more on the way 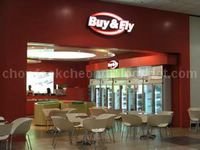 This is very nice. 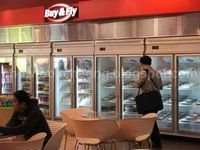 You buy the food in the plastic boxes, they do something to it,
you pay the money and sit outside for other people to look at 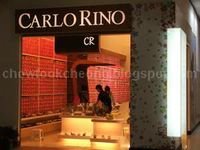 Why they heck they sell shoes here, I will never understand
Unless its for people who walked all the way from KLIA........ 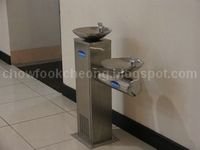 Nice water dispenser whing outside the toilets.
People would think this is a baby washer.
Maybe if you drink at some funny angles, you can peep into the toilets