OK, this is bad news. In fact, its very bad news. Our daily average service calls has dropped from 12 to one today. And there are four of us in the technical team. Business is so bad nowadays. And I am starting to get worried.

Most of out service calls have been reducing daily and so a point, I start to get fat sitting in the office. And worse of all, there are no flies about. Even our customers are tightening their belts to the point of hiding their piggy banks away in the darkest corner.

But today, I was really not in the best of moods. Not that I am angry but I feel so disappointed. Why? Because one of our customer has purchased the CCTV system (not from us) from China and they want us to come and collect it.

They want us to test it.

They want us to really really test it.

Then they want us to install it.

Then they want us to teach them how to use it.


I know we have planned for this months ago, and I have been to their office countless of times to discuss and show them which is the ideal system to get. In the end, all they got was a DVR. A normal DVR with no DVD burner and it comes with a remote control which always have its keys stuck.

So, we do not get to sell the a thirteen camera CCTV system, lay cabling and so on. In summary, we only get to supply labour (and my brains) for the system. If it was not because of some special arrangement between our companies, I would not be doing it. 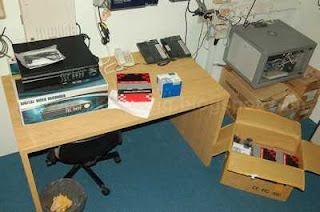 So, from left to right, we have the DVR, the two cameras
and them remaining 11 cameras in the box. 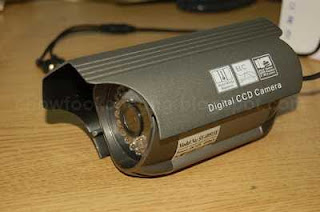 This camera will be used outdoors 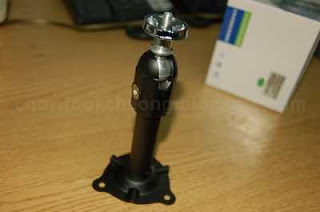 And for once, the camera stand is decent. No more
cast metal or those cheap looking crap plastics. But
since this is a ball-joint version, we would need to
use Allen keys to tighten them. 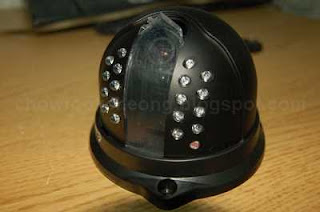 This is the other camera which will be used indoors.
At first, the design looks quite nice but after opening
it, I am not so happy with it anymore. 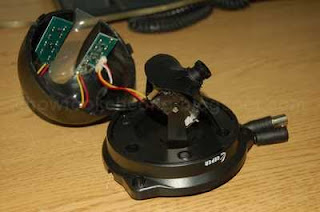 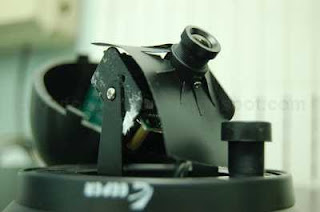 And the supplier was kind enough to give my customer
some extra lens. It was my idea in case the current lens
in there is unable to cover a wider area. 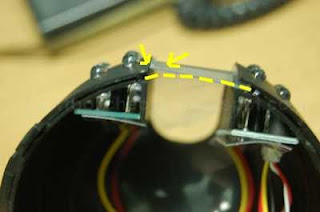 And here is the problem. The plastic window tends to
come off a lot and after screwing it back, I have to
make sure its stays in place. You can also see the
Infra-red LEDs on the sides of the camera cover. 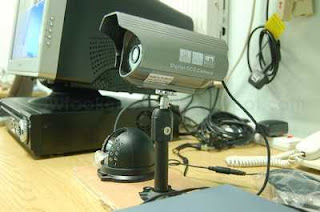 Finally, I found some scrap wood and screwed the two
cameras onto it. Now, we're ready for testing! 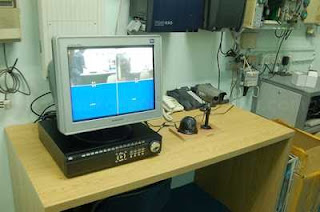 Initial setup look. OK, this is a very fast 1 minute bootup,
compared to our previous stock which took 3 minutes.
But after a while, we start to notice the exhaust fan on
the side and the noise is driving us nuts. 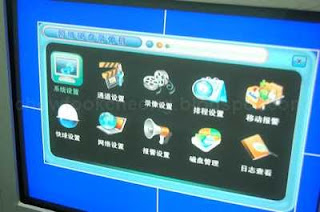 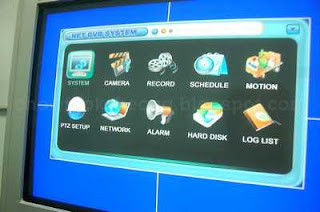 Luckily, by experience, I managed to find the system
language setup and away we go. This is also the first
time I see icons like this on a DVR. Its like watching
a huge media recorder but no touchscreen there. 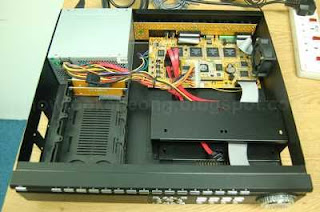 Opening the DVR, I was suprised at the internals. I
know its light but never this light. On the top left,
you can see a normal PC power supply, which is a
good thing if it stop working. Then you have the
main motherboard on the top right. There are no
DVR burner slots either. Just a plastic drawer to
house a SATA hard disk. And in case you need more,
there are mounting racks on the bottom right for
additional two hard disks. 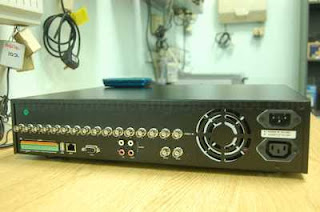 Rear shot: Nothing much except for the 16 channels
and the Power supply connectors. This is a good
thing as now you can tap power from there for your
TV or monitor. Where CCTV is concerned, every
mains plug point is precious resource. 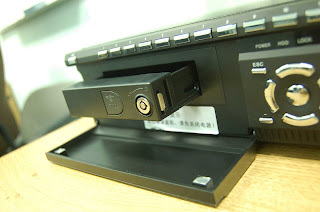 At the front is the pull-down cover where you can
use your finger to get the plastic (not metal) 3.5"
Hard Disk enclosure/drawer out. I have told the
customer, get a DVD burner too. But they didn't.
Then again, until I have seen the software, the
requirement for 2 Terabytes of data is going to
make some DVD burner guy go crazy as they
will be sitting there almost 1 week to burn it all. 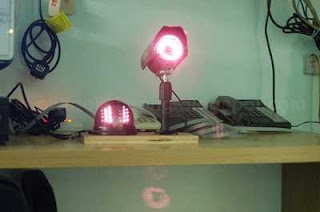 Just for fun, I switched off the lights and took
this picture. Once the cameras knew it was
dark, they switched on the Infra-red LEDs 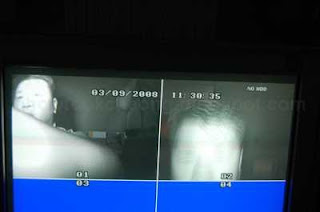 And the image on the screen would turn from colour
to black and white. It was surreal to see our eyes in
that mode. Sometimes its scary. But note here, this
is the basic principle of night vision technology
(no, not the eyes).

That's as far as we can go for the time being because the customer has not purchased a Hard disk yet. And then, the Chinese supplier kept referring us to a website for software download since their CD in the package is not working. Yeah, you guessed it. Their website is not working too. So, I have to call the customer up to tell her to stop refreshing the Internet Explorer and get the guy to email her the software instead.
Date: Thursday, September 03, 2009

Email ThisBlogThis!Share to TwitterShare to FacebookShare to Pinterest
Labels: CCTV