After coming back from my trip to temerloh (133km up North), I learnt that the API index has been re-released after an 8 year ban by the Government and they would be closing the schools tomorrow as the reading went up to 410. Also, Indonesia conveniently told us that the Haze would still be here for the next few weeks.

And all the time, I keep getting burning smells and headaches while even driving. 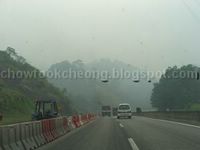 On the way to Temerloh this morning, it was a bit hazy 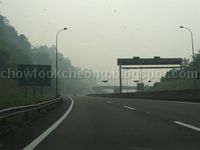 After we neared Genting Sempah, it was getting more hazy 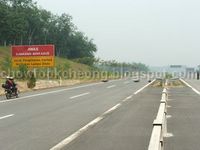 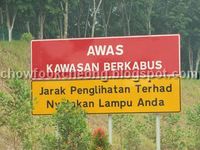 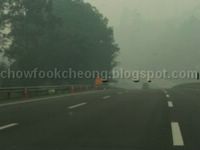 On our way back, this is after Genting, at 1345 in the afternoon 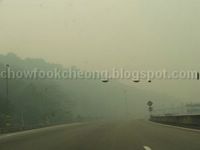 At about 1400 in the afternoon, as we're nearing the City 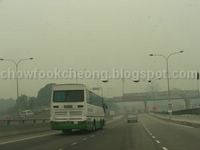 Can you see Batu Caves in the background.
Definitely not! 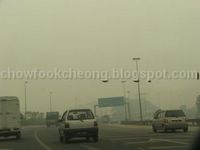 Visibility was less than 200m 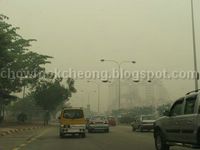 This is Kepong area, on the left is JayaJusco 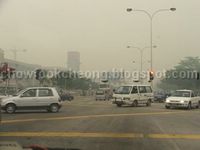 After leaving office at 1730, visibility was less than 150m 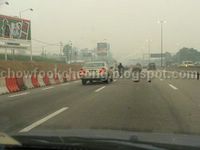 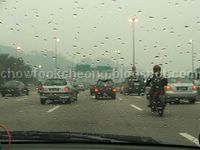 The rain (slight drizzle) came but it would not help things as the Haze was still there and it would only dirty the car in the morning. 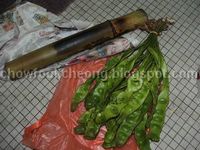 A friend has asked me to build her a simple LED circuit. With the budget she gave me, I have parts to create up 8 of them, with about RM2 or so to spare. So, this weekend I will put them all together. What you see in the following pictures are the prototype circuit I was testing before it becomes fact. You might want to ignore the other components in the background as they're part of another test.

Being the Engineer I (was), there were a few questions that kept bugging me:
1) Shall I make it more efficient?
2) Shall I make it easy to install?
3) Shall I give it different LED colours?
4) Shall I test them with other LEDs and record their performance?
5) What if I reduce the component count?
6) How about miniaturising it further?
7) Shall I, etc. Well, you know how Engineers want to make things better (heh)

Then, reality struck me hard in the face and I had to use the KISS (Keep It Simple, Stupid) method and stick to the job at hand. But the way its meant to be, the LED would have to be angled from another spot to light the intended area and not straight from the keyhole. 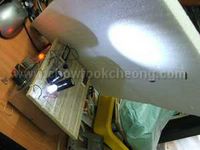 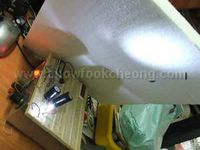 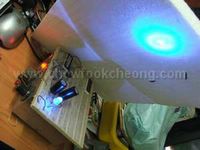 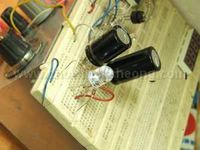 As the 8mm LED dims after about 15 seconds
(After more than 3 minutes, its still glowing but very dim)