Well, for those in the know, this is a horrible title.

Anyway, the thing is, my car's timing belt broke. It snapped this morning while I was on my way to my customer in Cheras. I did not hear the "pop" sound of the belt snapping but there was a loud whining noice and then, the engine died. So, since we're on top of the flyover, I guided my car downhill, until we reached to a safe spot where where pushed it away from the traffic.

I called my mechanic and he came after an hour and told me that the timing belt has snapped.

So I called AAM to have it towed. After an hour, the guy came but on a bike. After some checking, he also confirmed the timing belt has snapped. So he called fo the tow-truck. Sigh.

After another hour, the tow-truck came and we reached the workshop by 1410. (3 hours) I was not happy because the belt snapped prematurely. Averagely, it would last me up to 70,000Km on average but this one failed at 40,000Km. Luckily I was driving at 50Km/h or so (I was busy teaching my technician while driving, la) 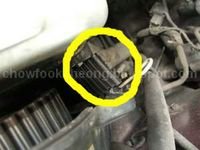 Opening the cover, you can see the belt which prematurely snapped at 40,oooKm 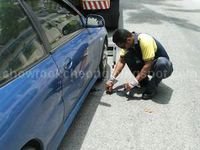 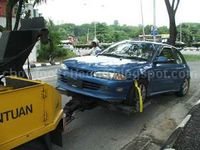 And just to be safe, he locked my left wheel 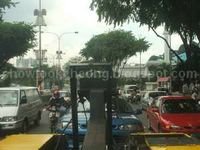 After so many bumps, my car is still with us 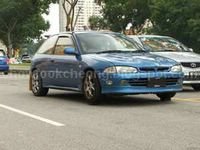 We had to use some rubber blocks to remove the crane 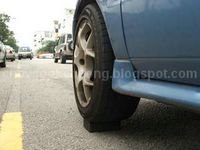 In the middle of the road, it became the area's talk of the hour 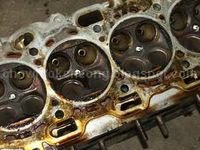 Opening the engine block, the damge is not so severe 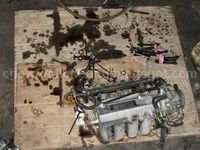 But from this picture, the valves are gone 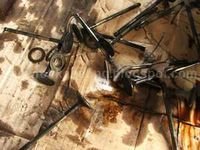 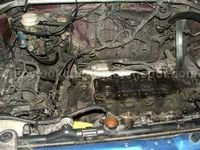 Thank goodness the pistons are ok

That was one bad news. The other was that while I was calling AAM, I was so busy that I dropped my wallet (after they asked me for my AAM number), someone walked behind me and took it. Luckily, with the help of my friend, we found my wallet intact behind some distbins but minus the cash. Still that was one big relief. Imagine the hassle I would have to go through to cancel my Credit card, report for both my MyKAD and Driver's License, the ATM cards, etc.