The 2.7Kg Parcel XIV (a few minutes ago)

Damn. I am so pissed off. The FedEx guy came and then left with my package, leaving the Custom Tax form. Yes, he left. After he left, the Recept called me and told me about it. She said since he was looking for payment, she assumed the package was for the company and told him that the cheque was not ready and once after he left did she realise the package was for me. When I rushed (OK, hopped like mad) down, the van was gone. I need to talk to the Recept in the future to CHECK whom its addressed to as its very unpleasant to choke a woman.
I was furious. I was mad. And I contemplated shaving me head and going Gay.

I mean, after four days of tracking and seeing it go round the World twice, I did not expect the cock-up to happen within 20 feet from me. And all the while, I was upstairs in the office, holding the cash in my hand. 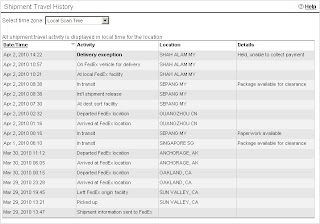 And within minutes, this was reflected in their tracking
So, I made calls after calls to the Centre and literally threatened them that I need my package by four and there is no way I will go to their collection centre since its so late in the afternoon. Moreover, even if I made it there, the van could not. And the more we talked on the phone, the further it would be since I called them after only a few minutes. Finally, after a few more calls, I cornered them and asks them to give me the number of their driver so that I can intercept him. And when he answered my call, we arranged for a meeting point. Then I told me Boss i need his permission to pop out of the office for a few minutes. A word of advise here, its is very crucial to keep cool (even with a gritted teeth) and show them you are a good guy even when on the phone. 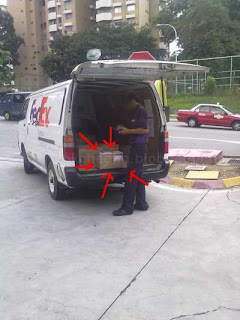 And here is the intercepted van and my
package. 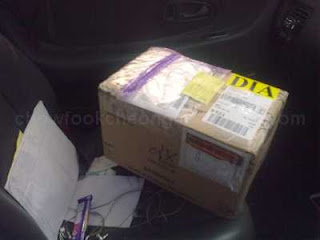 And after I handed over the cash, its
now safe in my car.

And FedEx can now close the matter 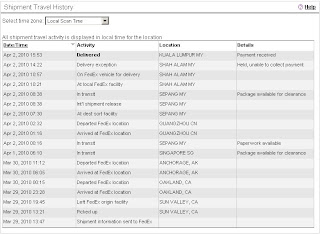 This is crazy, right? Why the hassle? I can take leave and go to the collection centre tomorrow or the next day. Never mind if I have to sacrifice more time and money to get this package. Right? Yeah, right. The answer is no. I do not want to waste anymore crap on this nor any more compromising. Final is final and I told the FedEx guy to remember me because there is always the next time. And the next. And the next. 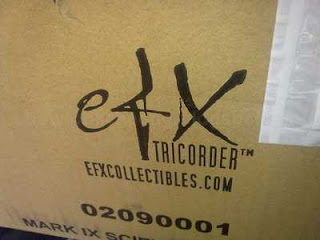 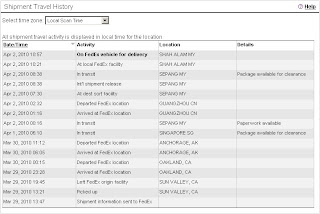 And so, these little buggers, that uses the batteries from coin cells to AA, helps make our life easier. No more getting up to change TV channels (because the long stick you use is useless and it scratches the buttons while giving you a tired wrist.) But there are some problems with it. So many remotes and you have to carry them all. When you want to watch a DVD, you need the TV remote, the DVD player remote, the auxiliary amplifier remote, the Air-con remote, the fan remote and your car remote in case you own a Proton. And when you go out, you need your car remote, the auto-gate remote, etc.

Its cumbersome to carry and also, you will miss it more than Life when its missing. Really. How many times have you been tearing you room upside down to find the TV remote while the TV was sitting a few feet away from you? Eh? Eh? 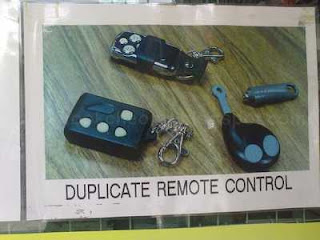 But fear not. Because apart from getting a replacement
remote in Pasar Road, you can now duplicate your
other remotes such as auto-gates. This also means
they can come into you house too. And so, you buy
more locks and install a house alarm..... 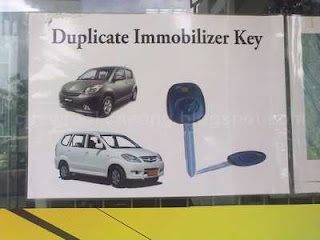 All is fine and well, until you realise they can do
this too. There goes your car unless you void its
warranty and install an after-market alarm.
I wonder if the next time someone comes up with a remote rice cooker and your neighbour happens to have one too, will yours start to cook when theirs do?
Date: Friday, April 02, 2010 No comments: 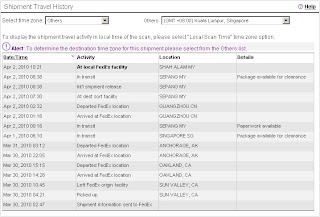 OK, while waiting for me to get the cash, its now
in Shah Alam. I guessed they moved fast after I
confirmed payment with them. So, the journey
took less than an hour, I guess.
Date: Friday, April 02, 2010 No comments: 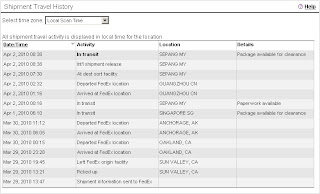 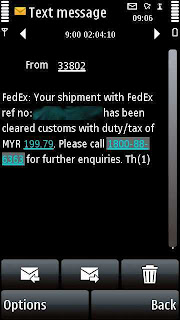 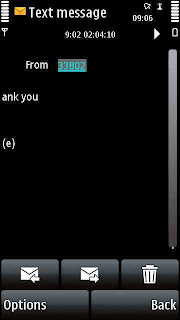 Yeah... anks to you too.
Luckily, I have some cash left (from
all the meals I did not eat. Heh) and
so called FedEx to deliver after 1PM
I suppose, the best is that I do not
have to go down to Customs by myself.

But I hate the statement, "We prefer cash instead of Maybank2U. Its faster....." Not really, I can log on and pay within 5 minutes instead of me hopping across the road like a katak to get to an ATM. Haih.
Date: Friday, April 02, 2010 No comments: 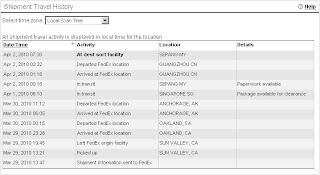 Now its coming back to Sepang....for good, I hope.
You know, for that much, it would be a discount to
travel like that. Unfortunately, I am not a 2.7Kg
Made in China little box. Heck. Even my Made
in China LEDs go by direct flight, and went
from courier to courier when it landed.
Date: Friday, April 02, 2010 No comments: 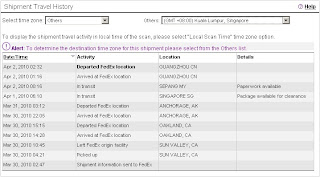 Whoa! Now its in Sepang! Waiting for the FI
I suppose. I wonder what is "paperwork available"?
And why was it in Singapore the whole day?
Date: Friday, April 02, 2010 No comments: