While I was at my Sister in Law's place, I was given a box of Legos for the girls. When I was small, my Dad gave me a box of Legos as well (but they're gone now). At that time, I think, they were reasonably priced unlike these days.

The Lego blocks were one of the many toys which helped me develop my imagination, among other things. And so, I wanted to pass these on to my girls but alas, a simple one is now a few hundred ringgit and we're not even talking about those Mindstorms or Techno series. 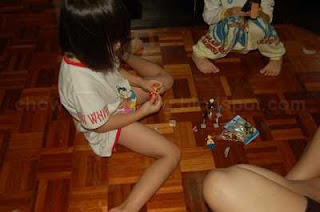 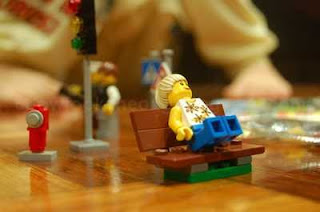 After I showed them a few tricks such as changing
heads, they now realise that most parts are actually
interchangeable.
Date: Wednesday, February 10, 2010 No comments:

El-Fish has left the building

Remember the fish I posted a few days ago? Well, its an ex-fish now. And its not that type of late, late. I am not too sure about fishes but I think this is due to old age. I mean, there was nothing wrong with them (unless the girls did something which I do not know) and not only that, I change water regularly. 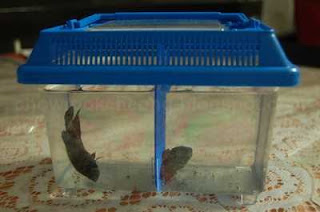 Wouldn't you be worrying if you found out your
roomate is drifting upside down and and its eyes
staring at you all the time. 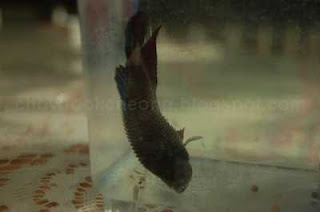 And wouldn't you start to worry if you realised
that both of you are sharing the same water..... 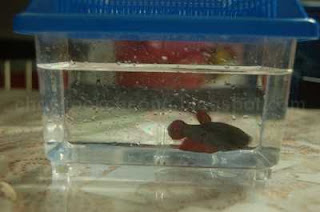 And wouldn't you be surprised that all of a sudden
your room has suddenly gotten bigger?
(Actually, the remaining fish took quite a while to
'cross' over the other side once I removed the blue
separation screen. Its as if it 'remembered')
Date: Wednesday, February 10, 2010 No comments:

Girls will be Gi...er, Boys

My Wife was upset because of what the girls did. Earlier on, they were screaming during their bathtime. And well, now I know what happened. There were a lot of scratches and
chaffed skins on both their rear
ends. So much so, Mommy had to
put creams. But we were worried
about the dark red spot near
Kaelynn's spine 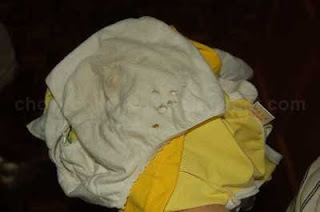 Even their pants had holes. Yep, somehow,
for some unexplained reasons, they have
very successfully tore their pants on slides
Date: Wednesday, February 10, 2010 No comments:

The Gift from Singapore

What started out years ago, finally, stops this year. Through a friend of mine, I was introduced to this client who installs voice machines on PABX systems. Problem is, he is based in Singapore and so, depends on people like us to do the job.

What we did was to be his 'eyes and hands' for his clients and sometimes, due to mistakes, we would not charge him despite him urging us to do so. And what is so good was that during every Chinese New Year, he sends gifts specially to me but as usual, I forget to return the favour when the time comes. And so, last year, I send him a nice marble cake in Singapore via on-line since there is no favourable companies on Malaysia that can reliably fulfil my requests.

And this time, he returned the favour. Yep. Except this time, for some strange reasons, it was delivered to our company's (OK, ex-company) old address. And so, by stroke of luck, the recipient was resourceful enough to give us a call and kept it for me. Anyway, this is the last one since I have told him I have resigned. Still, I told him that he can still rely on my Boss and if there is any problem, he can still call me. 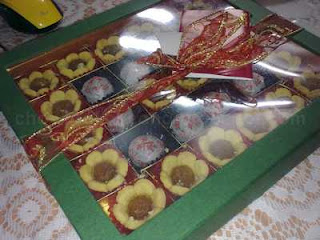 Nice or not? I don't think there is any company
in Malaysia that can come up with such design.
Date: Wednesday, February 10, 2010 No comments: