OK. Finally, my second NERF for the year. Its a NERF Proton, which shoots discs instead of the usual darts. The Vortex is a single-shot weapon in the Vortex series. And well, the reason I got this was because it was being sold at a very attractive price when compared to the ones being sold in the shops.

Hands up for those of you who have heard of Kalkitos!

Kalkitos is actually a decal transfer system. What you get is a nice three page fold-out background and a sheet of coloured decal or transfers. What you need to do is plan where each of the decals do, then place the sheet on that spot and use a pencil or the blunt tip of a pen to rub on the desired image. Once you have done that, lift the decal sheet up and voila! the image is transferred onto the background paper.

Yes, permanently and you cannot take the decal off the background paper without destroying it. I know, eyebrows are raised over this concept but let me tell you this: other kids were going ga-ga over them and collected as many Kalkitos series as they go along. All except me.

I still do not know what to do with it. 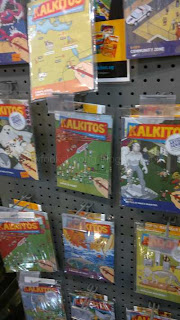 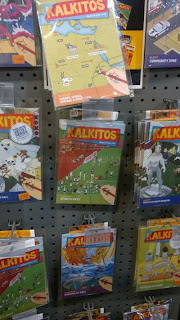 Email ThisBlogThis!Share to TwitterShare to FacebookShare to Pinterest
Labels: Books

After more than a week of designing, my board is finally ready. However, because of the size requirement, the board will have to be very compact. And not only that some of my 'counterparts' in the other parts of the World are almost completed with their designs. So, I have to force myself to move at a quicker pace. For obvious reasons, I cannot tell you what it is yet since I, too am not really sure if I can pull this off within such a short time.

This board needs to be very small and also, my design is to achieve as close as possible to a 'plug and play' solution for the user. I will share with you some of the dillema I am facing:

1. As the board is compact, a microprocesor will be the best solution to keep the component count down. And so, I opted for the smallest packaging size, which is the SSOP.
2. Because I chose the SSOP, the 'legs' are very fine and soldering them the normal way will create shorts if the heat from the soldering iron did not kill them first.
3. Because the space is limited, the LEDs I chose will be 0603, which, as you all know, is darn difficult to solder without killing it. I am going to enjoy torturing myself.
4. Not because I am trying to keep the cost down but not many people I know can mount SMD components on my boards for me (at reasonable price, of course)
5. Finally, because of the shape of the board, making it or rather, cutting it to shape is going to be expensive, provided there is a vendor willing to do that. Then I have to worry about committing a generous MOQ from them. 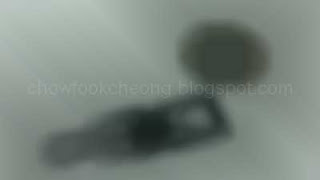 Anyway, this is how the board looks like with
a 10sen coin for scale comparison. Right now
its on paper (not literally) but I am going to
get them made into prototypes soon.
Date: Friday, March 09, 2012 No comments:

When I menrtioned about the Ants, they are not your ordinary Ants. For decades, we were used to those 1.5~2mm light brown Ants which always go for the sweet-stuff. But since 2008 or so onwards, the larger 4~5mm black Ants are seen instead.

Want to know what's so weird? Its not because of the theory that the smaller Ant's lease is up and the larger Ants took over but, is this a new species or just muscling into the territory?

Anyway, these new Ants prefer meat more than your normal sugar stuff. This is because anything that has certain meat or something, they're there. Cooked meat are their choice but I am still a little unclear of their preferences as you can see from the photos below. They even went for live maggots too and sometimes, lost the fight. And if you plonk some sugar, it would be their last choice.

Oh, and one weird thing. Some of them love to hang around the water jugs. They were either running by the side walls or in the water. Its as if they're undergoing some sort of trial to become a full fledged Ant or something. Most of the time I have to fish them out with my pinkie and flick them to the wall. Most of them, when the water disappears, walked away....

Not working for the time has taken its toll. On the outside, you still feel you're useful and do you best to restore your activities to what you think resembles your previous activity. But once you sit down and question yourself, the hard reality comes barging in and because of the fear, you will try to deny them and conveniently paint yourself a new image. Its a depressing cycle. You have a lot to do yet, there is nothing you can start because you think you have thought too much. Moreover, there is the issue of money to sustain the family and pay the bills.

It won't be long when the truth comes knocking again.

A little bit of Yes and some Aahhh

While the PCB design is being sent to be Prototyped, my orders for some of the components are starting to come in. I have to order them because I cannot get them here. Even if i did, I could be paying a lot more for it, accept their ridiculous MOQ or even, wait for them to order for me.

[Update]
I was so overjoyed with this that if you look carefully at the last photo, there is a very obvious mistake which I did not realise until weeks later.
Date: Friday, March 09, 2012 No comments:

What did she say?

Can I buy a fish for me and one for jie-jie so that the old fish can eat them?

With my Mom still in the Hospital and everyone is paying attention to her, I wonder how the girls are taking it. So, today, I am observing Kaelynn.