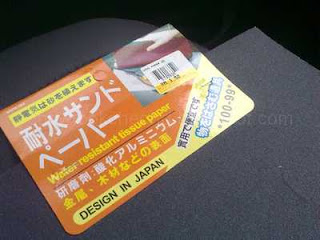 I had the chance to drop by KFC today and there was a reason for me being there. For you see, I wanted to try that fish donut that some of the staff were talking about. And so, in I go... 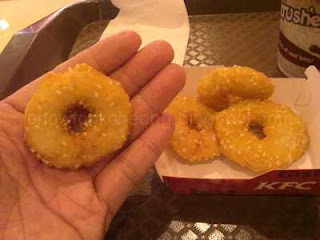 For RM5.20 (plus tax), this is the biggest fish donut
I have ever seen. either that or I have suddenly
grown in to a 20 feet monster.... 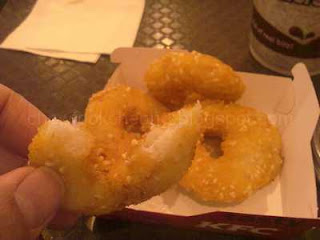 There is, in fact, nothing special about this fish
donut just that its a little sweet. Even with the
tartar sauce, its so-so. I odered it ala carte and
so, it came with its own box. But a friend of mine
ordered some snack plate and the donut was
packed inside the whole box which turned out
to be very soggy compared to the crunchy ala
carte in its own box. 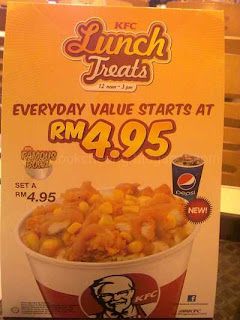 And on the table, I saw this 'new' dish too. At first glance,
it looked like some chicken porridge with corns 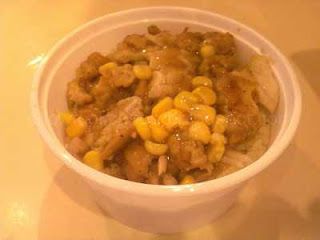 And when he got it, it look almost exactly like what
was shown on the photos. Which, is a first for KFC. But
what was inside the plastic tub was actually chicken
rice with chicken bits and corn. Now, if I was a bit
desperately I would consider ordering it. But since
I was already disappointed with the fish donut, I
took one test bite and gave up.

I am starting to worry about KFC's new menu as there is nothing original to them anymore. Just like Pizza Hut, add in some cheese to the base and voila! New choices. This really affirms my decision not to go there so often, what with them serving Permanis drinks too.
Date: Friday, March 11, 2011 No comments: Links to this post

The Hangman Game from OVI Store

OK, I was bored. So I downloaded this game for fun. Unfortunately, because its free, it needs Wifi connection all the time which is not fun at all when you're in a place where the only form of entertainment were day old newspapers. 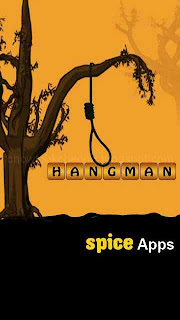 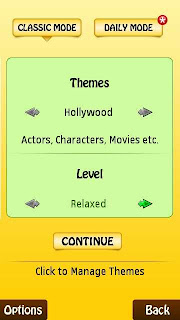 This is your very first clue. Well, since you
have chosen this topic, you should more or
less know what is in store... 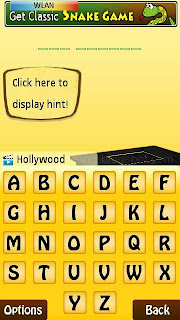 If you still do not know the words to
put, here is a second clue. But I wont
show it to you right now. 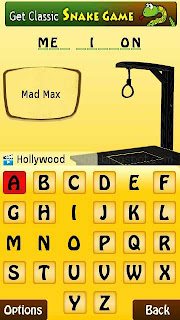 After putting in some vowels and
taxing the brain a bit, its a no-
brainer already. 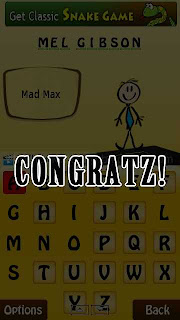 What? You still don't know? Its
Mel Gibson!
Yeah, this is fun but without Wifi, its really useless. The reason for the Wifi link was because so that they can download some ads into the game every now and then, which is a win-win situation for the publisher, the mobile phone operator and everyone else except you.
Date: Friday, March 11, 2011 No comments: Links to this post 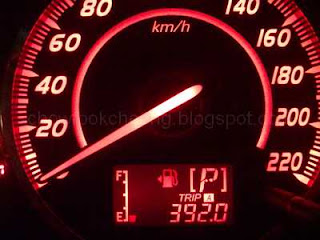 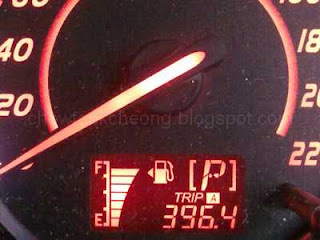 After finding the nearest Petronas, I filled it up with
another 26.3 Litres. But this time, there is no 'extra'
bar... Still, I am very happy anyway.
Date: Friday, March 11, 2011 No comments: Links to this post