Usually, when I go pick-up my comics, the ladies there would just hand over my bag of goodies and I would be on my way. However for tonight, they were a bit friendly and talkative.

Too talkative, in fact.

But then, its not a bad thing either because they have successfully introduced some new comics to me which could be a hit apart from my Iron Man. They were:

1) House of M
I got a nice thin preview book fo what it was all about, but I was more interested in the pencil sketches. So, I got "Iron Man" and the "House of M" titles

2) Batman Hush
Seriously, all the while I thought they were the action figures. I was wrong because this hit comic came out in 2003 in a 12 issue format. Only then, did the hit toy action figures came out.

3) Batman by Frank Miller & Jim Lee
A hit or miss by this one becase she told me that Jim Lee will be doing the first 6 books and anything after that, no one is sure of he would continue. And No one is sure what Frank Miller would be doing either.

Still, I was glad they talked to me. As I seldom go there except for once a month or two. So now, I have sometihng to look forward to, as long as I can find more money in the first place. 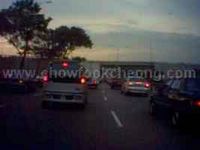 On the way back, the road to Jalan Kepong was jammed up 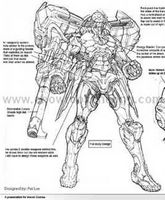 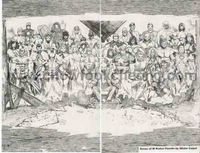 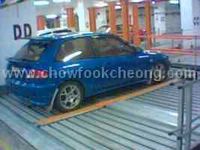 While I dropped the General Worker for him to complete the cabling, I had another appointment in Menara Citibank at the same time. By the time I got things ready, it was too late to walk over and so I had to take the LRT (RM1.00) to get there.

The customer needed to re-do a voice recording for thier Automated Attendant. Because it was to be done in both Japanese and English, it requires two girls, each proficient in their own languages. The problem started when we needed a quite place for the recording.

So, on the second try, the only choice left was their President's room, which luckily, was unoccupied. So they tried again but the recording was too long and also, because they had to pass the handsets among themselves, there was long pauses and clicks. I tried to use the conference functon but there were complications.

On the third try, still in the same room, the girls faced each other and only one of them holds the telephone handset. Success!! 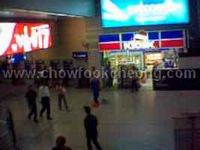 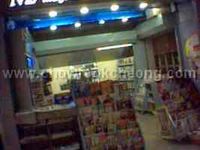 Now, they have a newsagent kiosk at the LRT stop itself 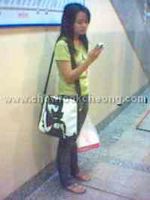 This girl was obsessed with finfering her mobile phone 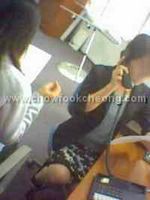 Second try.
The faces compromised has been to protect the beautiful 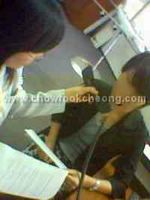 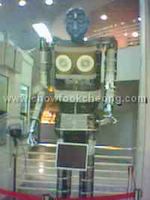 On the way back, this robot looks dodgy.
I mean, it has an LCD screen for its balls and speakers as its hooters

I decided to park my car at avenueK today as I had to go back to the installation at Jalan Ampang. The place reminds me of a smaller version of KLCC and 1-Utama (new wing) mixed together. Although its still new with shops yet to open, there are already a steady stream of customers as there is a LRT station beneath it.

The parking rate is RM2.00 for the first hour and RM1.00 for every subsequent hour. 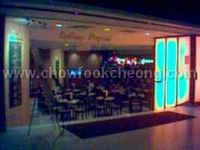 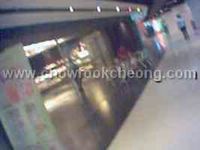 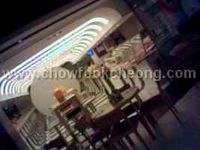 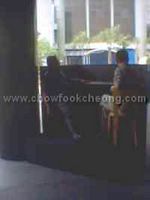 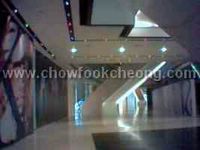 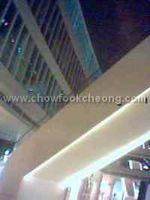 And when you look up, its like being in a foreign airport after midnight. 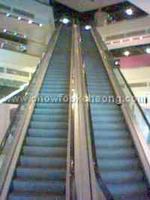 I wanted to go up but I was pressed for time

So, after my Taiping trip last week, this is the last of the missing M&Ms in the car. 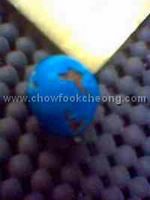 Would I touch it? It has a lot of bite marks.
Those holes were not because it was crushed
(I think I'll use my FujiFilm Finepix camera tomorrow for a better shot)

This is what happens then the fasteners to the sign rusted away. 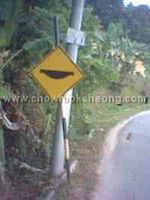 Whenever I go to a new customer, I always have a bad premonition that their PBX is never well maintained. This customer is no different. As they had limited space, they chucked everything into the small closet. I do not like it because this would mean that whichever party is called for maintenance, there is a very high chance that they will "disturb" other equipment that has no concern to them.

So, when I was doing my part, I had to warn the customer what could happen (their computer network would be disrupted) because I needed to remove their network cabinet which is obstructing the DP Box that I would need to have access to. Since I was in a good mood, I gave the customer a terse lecture why it is important not to block things. 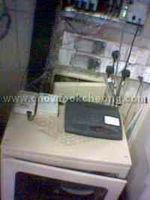 This is what I hate most.
The DP (Distribution Point) Box in the middle is blocked by the network server housing 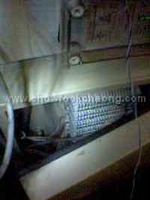 I can barely open the cover as the cables to the network cabinet below is making it difficult to shift and its quite dark.
So I used the White LED torchlight 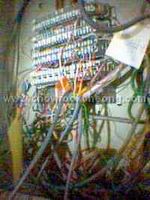 There is another box above but this is for incoming lines.
See how well it is maintained