Yep. It Mother's day Lunch again this year. And so, everyone was invited to Shangri-la for the buffet at 1PM. As usual, we were the first to arrive (if we're not early, we're late. Very late. Heh) and so, get to enjoy the atmosphere. Shangri-La has just spent about RM136 Million to refurbish its interiors and I must say, its beautiful, especially where the lounge is. 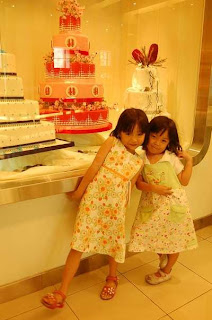 The girls posing before going into the buffet 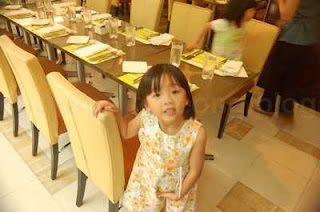 The ambience was quite envigorating and I felt
so at home. But then again, when I said we were
early, I meant we were very early. 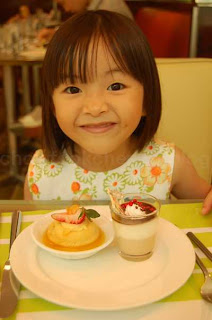 Food galore and after bringing Kristine
around to choose her food, she was all
smiles. 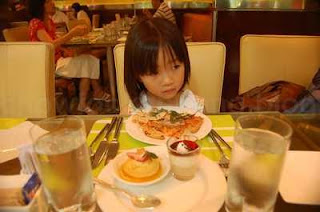 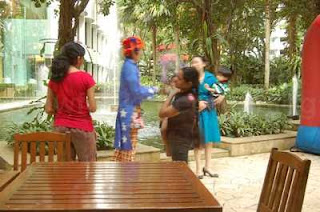 Yep, this is the reason why. There is a clown roving
on the grounds outside. Incidentally, they and the
activities are for the children whose parents came
for the buffet. They even have an inflatable castle. 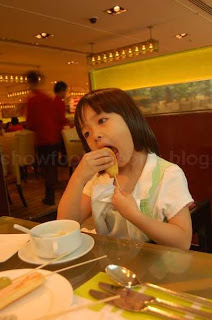 As for Kaelynn, well, she did not mind
the clown. She just started on her meal 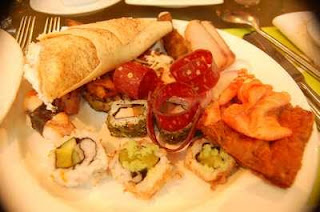 This was my third plate. Greedy little me took the
sticky white cone which turned out to be very rich
white chocolate. Unfortunately, with everyone now
about, I could not place it back in front of the Chef... 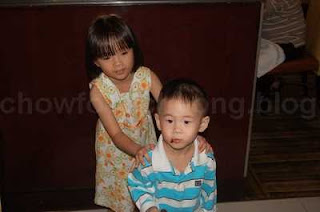 To take her mind off the clown, we let her play
with their younger cousin, Ian. 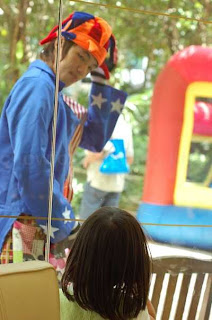 By the time I took Kaeynn outside,
it was time for them to go as they
were booked until 3PM. So the Clown
gave her a yellow balloon flower 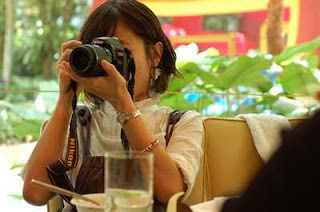 Someone left her a Nikon D40 and she did not
RTFM. So I told her, just shoot and play with
it. But she has to know what the jog dial's for. 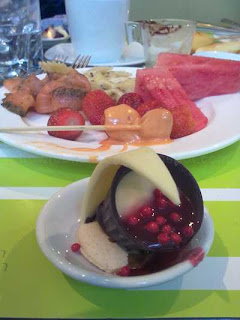 All in all, it was a wonderful afternoon where
I enjoyed every moment tremendously. The
only problem was that there were no bed.....
Date: Sunday, April 25, 2010 No comments:

Actually, this should have been done by Saturday but because Saturday was my only chance (and freedom) to get my Star Trek Navigation & Strobe circuit sorted out, I could not do much about it. But not before I had a good look and took the thing apart.

The toy was really meant for children, which you strap them on their hands and palm. To use the repulsor, they just have to flick their wrist upwards. But because the toy uses missiles that shoots from the bottom of the wrist, I could not help but to think about Spider-Man. Anyway, after taking it apart, I more of less know what I needed from Pasar Road.

And try as I might, I could not convince Richard to let me take the toy apart until next week. And so, I told him, I would buy this toy outright from him instead. Ha ha ha. 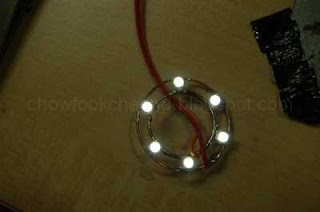