System down in Kuantan

And so, this morning, I will be driving to Kuantan using the company van, which has natural air-flow, has a speed limit of 90Km/H and best of all, I will be driving alone. But because its the school holidays, I asked my Wife and she agreed to tag along.

Well, I had to or else she will definitely know my exact working conditions, or why I am always coming home late, etc. But nah, I just want her to enjoy her trip to Kuantan with me. But there is another reason why I asked her to come along. This was because I have seen a huge stack of exam papers waiting to be marked and with the girls running and shouting in the house, she won't get anything done.

Anyway, the case in Kuantan here is very simple. The dealer's customer's phone system got struck by lightning and I am to go up there, take it down and replace it with another system. Simple as that. But unfortunately, its never that simple. For one, the system was mounted on a wall but with a desk and loads of files on the floor separating me. So, a normal two hour job stretched to four. And not only that, I only had about a feet of actual working space because they cannot remove the PC too. 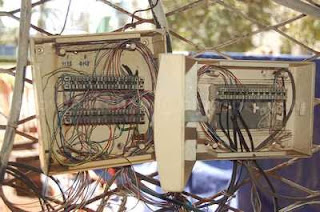 And I tell you, these Chinese Engineers are brilliant.
I have never seen a DB box mounted on a fence
before. 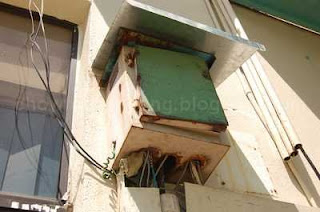 They had problems with Earthing and so, I had
to get them to lay the Earth cable using local
contractors so that they can keep the cost down. 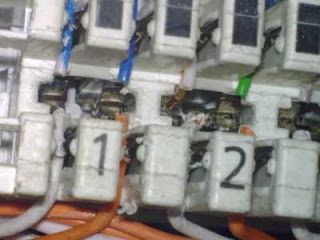 Finally, as I was about to leave, there was a
problem with one of the extensions which did
not work when I plugged a lightning arrestor
into the module. After much investigation, I
found the cause of the problem but this delayed
our lunch which was not a problem for me but
my Wife needs to eat even if I do not want to.... 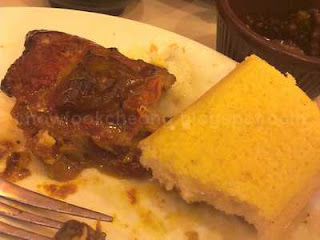 We went to the Shopping Mall and settled for RasaMas.
It has everything that can go wrong. The "missing"
waitresses, cannot order direct policy, long waiting
time for food, crumbly garlic bread, microwaved food,
floury half cup soup and so on. Me thinks, we should
have gone to Kenny Rogers as we know their service
is slightly better.

Call Centre Scam?
And also, this is where my Wife told me about a funny SMS from my other phone. It said Mr/Ms So and so, please call back to XXX urgent. And wehn I did call, using the company phone, I heard them whispering the number, which means that they have CallerID. And is definitely a Call Centre of some sort because I was passed around a few times before reaching the one En. Haikal. He told me that I am being sued by a local bank and they will issue a LOD on me. And so, I have to settle this before the letter comes out which means I will have to go to Court. So, to prevent all this, I must fax in my particulars to them, authorising their Lawyer to do somethig which I forgot what it was. He was a bit in a rush and also impatient in a rude sort of way when I pressed for more details and when I did refuse to give some details. Luckily, Peter told me to wait for the letter if there is one and I was not to furnish more details to this fella. Maybe its true because I did apply for a card from some bank yonks ago and before I received it, I cancelled the application. Every few years, they will send a letter asking me to pay for the processing fees which I called back and told them the story, which they will then forget about it and so on. 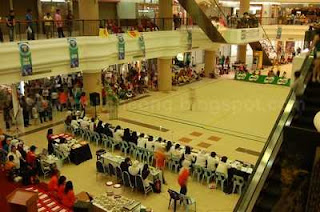 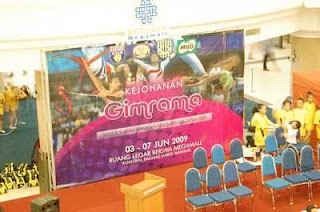 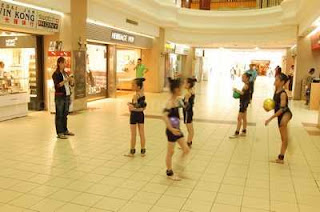 After watching a few of them, some were good and
some were extremely nervous which made a lot of
mistakes but they bravely carried on. Here, these
girls were practising before they go on. I noticed
some coachs were Mat Sallehs and very nice looking
as well. Wife wanted to leave as we're already late
for our trip back to KL 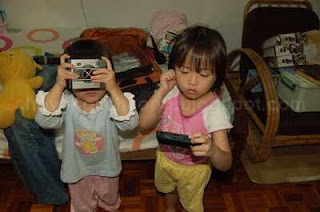 Here, I showed Kristine the video I took about the
girls in leotards practising and also warming up.
She liked it but was a bit confuised as to why they
all dressed up like that and did funny things......
Date: Thursday, June 04, 2009 No comments: