Does this look familiar?

While we were at Tesco, I spotted this toy gun and since there were only two left, I decided to get the both of them. The reason why I was so interested was because it reminded me of the Babylon5's standard station weapon, the PPG. OK, so it might not be accurate but its close enough for a alternative variation. All I have to do it to modify the cocking hammer at the rear and convert the barrel to a bigger diamter, and I'm all set! 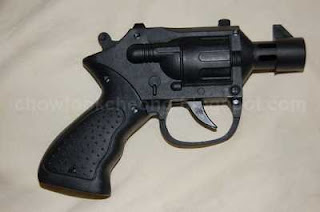 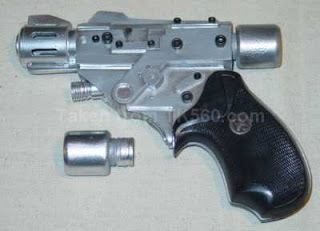 This is the PPG (Phased Plasma Gun) from the TV series Babylon5.
It has only three settings from stun to kill to vaporise.
Date: Sunday, October 26, 2008 No comments: Links to this post

Email ThisBlogThis!Share to TwitterShare to FacebookShare to Pinterest
Labels: Guns

The Girl with the XBox Gun I

With every new gun, I always bring it to me so that I can "play" with it. Most of the time, I would play with it until I fall asleep, something which I still do until now. And it was of no surprise when I woke up to see Kristine playing with my new toy.

Maybe this is the trait she got from me as she does not like "girly" toys much. 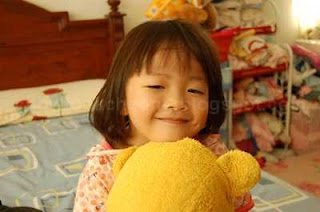 This is the face of someone who just woke up 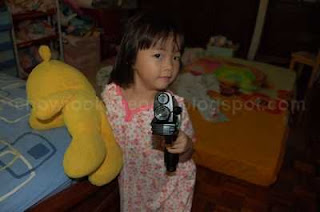 And within minutes, she found my new toy, "shooting"
here and there, with imaginary enemies 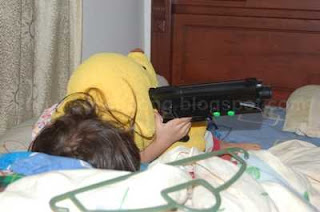 She kept firing even when the "enemy" has pushed her to the ground
Date: Sunday, October 26, 2008 No comments: Links to this post