You know what? Its Saturday. Its also the day which I have to go to a lot of places for some errands. First off, Vee-chai needs to be serviced before anything else. So, We took both cars to the service centre. After dropping Vee-Chai off, I had to use Wife's car and drop her off at her destination. 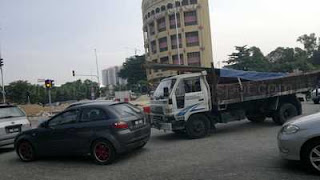 And so, to go to the service centre, I had to use the
Rothman's roundabout which, at this moment in time,
is being demolished and replaced with traffic lights. 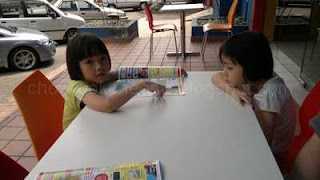 After that, it was time for lunch where the three of
us decided to have pizza at Domino's near Atria as
we could not locate any in Bangsar. And no, Pizza
Hut is out of the question. We want GOOD pizza. 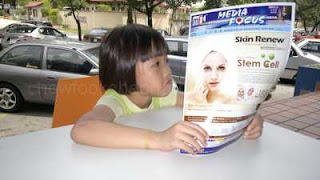 Unfortunately, good pizza means you have to wait
for a very long time before its ready. This is how
Krsitine reacted... 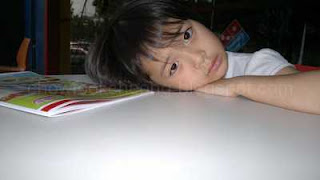 While we were waiting, I used my Nokia n8 for
another Panoramic shot. 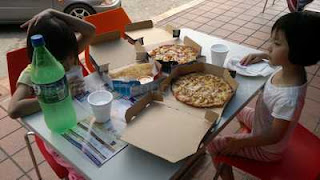 We were relieved when the food arrived. Since this
is a self-service outlet, eating outside is not a very
enjoyable session because if the winds did not blow
all the plates/tissues/cups away, we had to bear
with the warm midday heat. 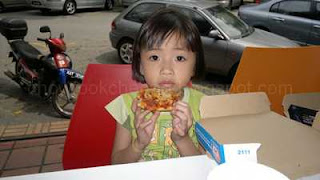 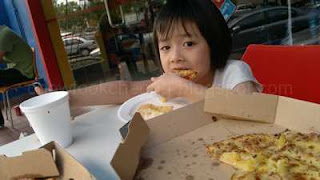 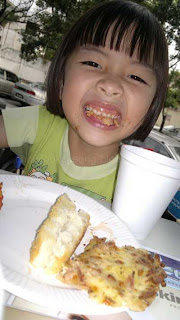 The few faces of Kristine:
The Chomping Chomper 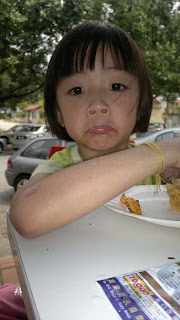 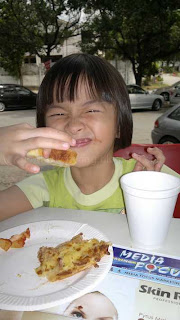 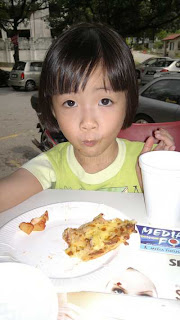 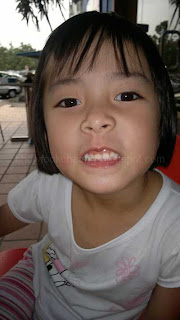 Kaelynn's effort in being
happily angry 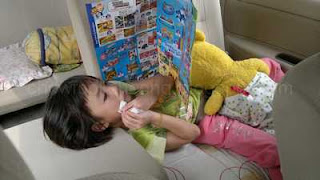 After the lunch, there was still a lot left over, even
when we have packed some for Mommy. And it was
still early to pick Mommy up.
So, I had another idea; why not go to ICW? 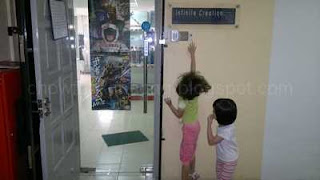 Yep, so off to ICW and from the photos, you can
see that the girls are getting taller. In fact, this
was exactly what I did when I was their age. No,
we did not run away either, 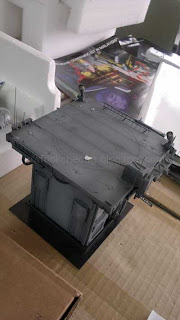 The reason why I always come
to ICW (OK, one of the reasons)
was this customised base which,
interested me a lot. 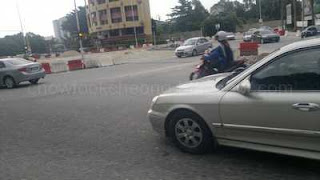 Once more, we entered the (now gone) Rothman's
roundabout to collect Vee-Chai. Seriously, this
intersection now is causing a lot of traffic jams for
all four roads. I hope the traffic lights would be up
soon. The jams has been building up since 2000.

Anyway, once we picked up Mommy and headed back to the service centre, it was time to go home. And she wondered why we were all so tired...
Date: Saturday, June 11, 2011 No comments: