Today is ICW's (Infinite Creation Workshop and not Idiots Comedy Week) very own first Anniversary. All of you would be asking; "Was it that long?". But to tell you the truth, if Raymond says its that long, then its that long. And because its the first Anniversary, there would be a generous discounts on the goods that you purchase. But there is a catch. Any purchases made between 6pm to 930pm will be entitled to the discount. After that, ICW would be closed for the day and the next venue would be a TT session nearby. 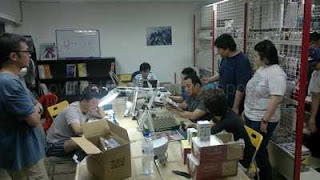 There were a lot of people at ICW apart from the
regulars. This was because the news spreaded
quite fast on other Modeling Forums. 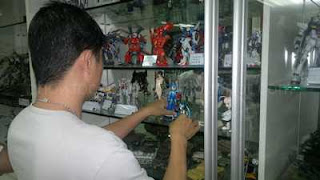 And also, there were more models on display too. 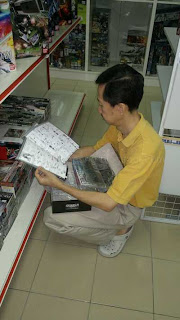 And with the new stocks on the shelves,
it was a treasure trove for a lot of people. 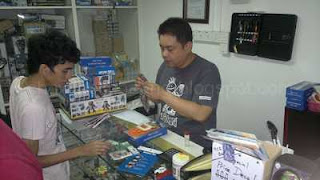 And poor Raymond was kept busy behind the
counter all night. Everyone had to wait for their
turn to speak to him, asking for advice. 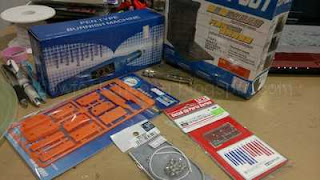 My haul for the night? Well, originally I was to buy
the Gundam model kit but in the end, I got the cash
equivalent of tools instead, which, to me, was a very
good investment. 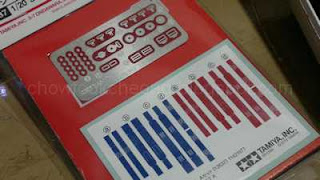 First off, was the Tamiya 1/20 seat belt kit
which would go well with any 1/20 Ma.K.
I wanted to get this a week ago but Raymond
told me to wait until tonight. 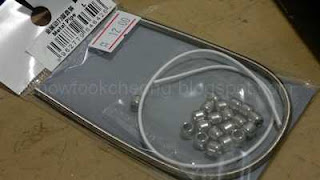 Then, it was the same with the Zaku metal thingy... 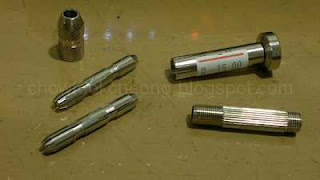 And now, the pin vice, which is a nice tool for
making holes. There are some hole diameters
which you cannot use a drill as the plastic would
melt and trap the drill or other bad things. 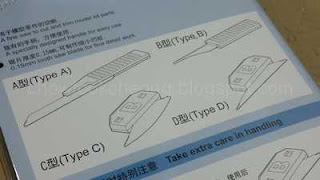 Another tool I got was the photo-etched saw blades
which is, I was told, very good for cutting parts. The
reason why it is so good is that compared to a normal
saw, there are more plastic left from the cut. 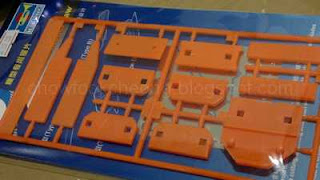 And the handle can be assembled just like a
model kit. 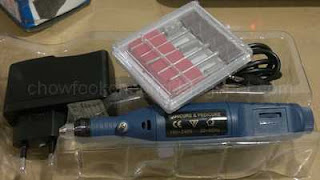 I also got this little grinder. The first one I had, was
a very problematic one for me because I chose wrongly.
Yes, I chose to have rechargeable batteries inside in
case I needed to do field modeling. But then, it took
ages to charge and also, the rubber covering, instead
of making the tool easier to handle, reacted with the
weather and got sticky instead. So, I got this one for a
very nice price. And it runs off a 9volt adaptor. I was
informed that to take it back if the adaptor failed but
after holding it for a while, I took precaution and went
out and bought a REAL adaptor weeks later. 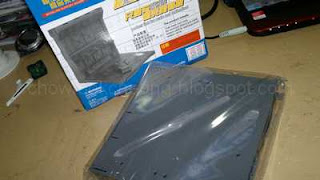 We could not believe our eye when these mechanical
bases were going for a very cheap price. Regardless of
the truth, I bought a few, not because there were no
stock at other shops but at these prices, it gave me a
lot of ideas and allows me to experiment like a peasant.
More details and photos here, if you're too lazy to Google "Infinite Creation Workshop 1st Anniversary".
Date: Wednesday, June 15, 2011 No comments: Links to this post 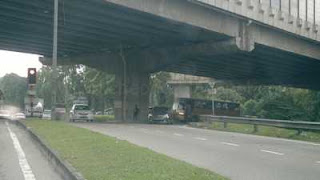 Sometimes, when I really need to make a quick
U-turn near the office, I have to be very careful
as you cannot do the U-turn at the lights. If you
want to know, see the small black spot in the
middle of the photos? 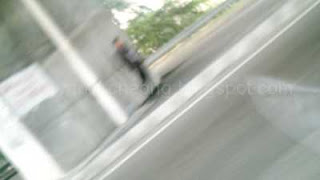 Yep, that's Mr. Busybody Policeman to you.
The moment you do it, he is the witness and
tells on you to his pals 100 metres away.
Date: Wednesday, June 15, 2011 No comments: Links to this post