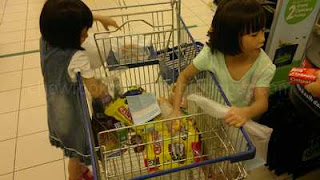 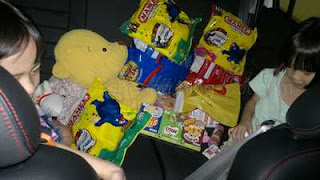 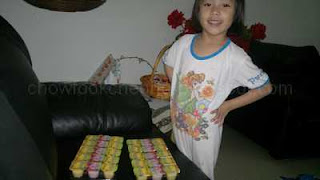 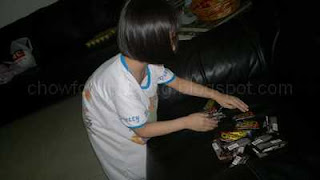 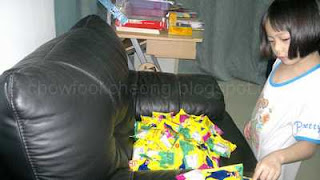 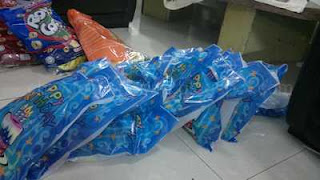 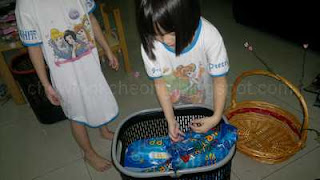 All ready in a big basket to be brought to the
school on Monday. Yay.
Date: Saturday, July 16, 2011 No comments:

Just a boring Saturday today because well, ever since I started working in this company, we are not required to work on Saturdays. A far cry on my first job when I actually WANTED to come in on Saturdays, and on my second job, which I loathe working on Saturdays since there is no 'off' time. So, on this job, the balance is just fine.Except that most of the times, its not easy just to sneak off to Pasar Road anymore...ha ha ha ha! 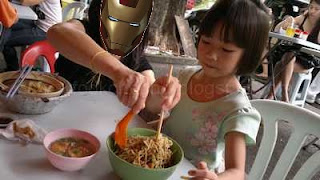 Anyway, I try to let them know where I have
my lunch everyday by going back there. Here,
Kristine is having the Hakka Mee, which is my
favourite. 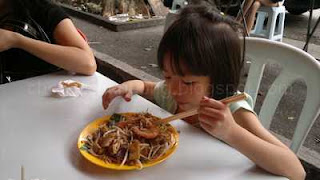 The she later changed her mind and decided that my
Kuey Teow looks more delicious, which, again is also
one of my favourites and the Uncle gives a lot of those
deep-fried prawns (well not anymore...) 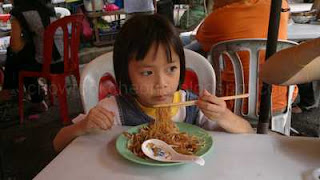 And Kaelynn, well, she just kept quiet as usual
and enjoyed whatever was given to her. After
all, its just food, which suits her fine. 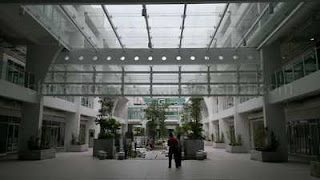 After our lunch, we decided to explore a new place
called The Scott's Garden. Its still quite
new and this
was located just in front of The Old Klang road, with
Tesco as one of its key tenant. I always like to explore
new places that has no occupants yet. It gives you the
feeling that you're completely alone in this savage
urban environment. 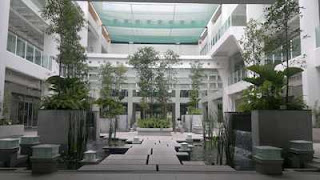 Its very quiet, white and well, feels sterile. There
were nothing there except for this courtyard deco
and the occasional patrolling security men. It gives
you the feeling as if you just shrunk yourself and went
walkies inside this architectural model... 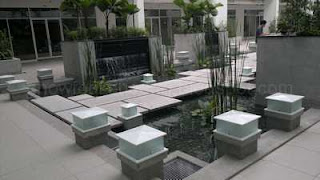 With the sound of the flowing water, it more or less
gives you a very nice ambience. But when I looked
at these lamps, I had a dreaded feeling that they
could be LEDs but not those warm white colours... 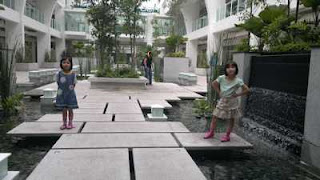 The girls were happy to go running about, which
I am not so keen since there are huge gaps in
between the cement slabs and also, with water
at the edges and no spare clothes, this is not a
very good idea. Got them to stop a bit and pose
for a few shots. 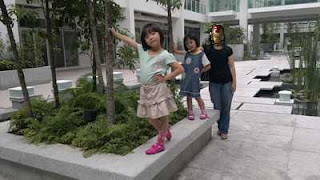 If only Kristine can grow up a little bigger as
she is quite small in her class. 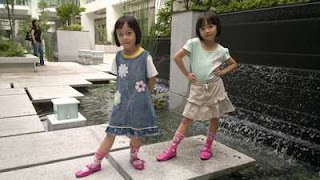 Notice that the way they are posing for the camera... 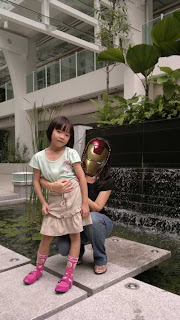 I mean, where did they learn
those pose from? 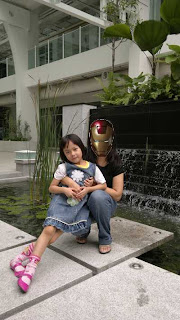 OK, this one is original....
After much walking about, you will start to realise that there are so much empty shoplots, you'd start to think that either this is really a brand new place or you just happen to be the only ones left in the World. And so, we decided to explore Tesco instead. Usually, if we need to go to Tesco, it would have to be at The Curve, which is a hassle during the weekends. Other places like Giant and Carrefour are not a problem for us since wherever we go, they're there even if we have no desire to enter... 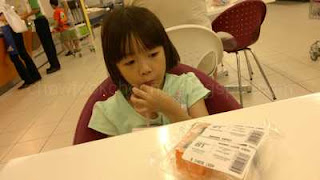 I got Kristine some sushi as she was still crazy for
them, especially the ones with those orange fish roe 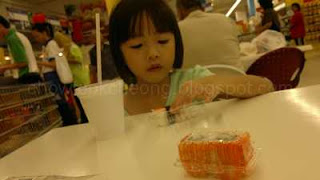 This is quite funny because originally, she did not
like sushi when Kaelynn was trying them. Now,
she literally goes nuts. 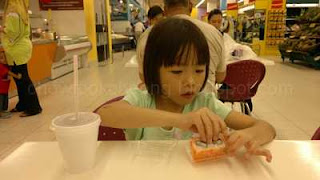 Just in case you want to know, this is her second
helping of the sushi. Kids can really eat when they
want to.