Today, we are going up to Ipoh for a system relocation. This is because the customer is moving out of their current site and renting another place while the original site is being demolished. We received the go-ahead from the main contractor who requested us to start work today. The job is to dismantle the PABX system, bring it to the new site and set it up again but with new programming. So, we estimated this to be a two day job.

And once we had everything packed, we're ready to go. And I got my technician to drive the van since he got his license last week. It would be a good oppotunity for him to get the feel of the van. Although the speed limit for a commercial van was 90Km/H, he pushed it another 20Km/H more. As a result, we arrived in good time (while I pray he did not get any traffic summons on the way). As soon as we stepped out, we introduced ourselves to the customer informing them about the day's work. As we are going to take the system down, we had to inform them before hand. But what we got was a shock as they were not moving at all! He was kind enough to bring us to the new site which looked like this: 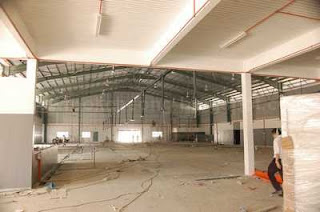 Yep. it is not ready for another month. 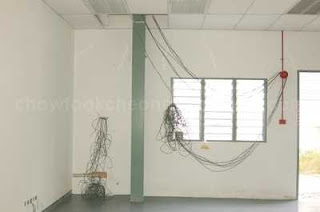 Even the site for the PABX is not ready 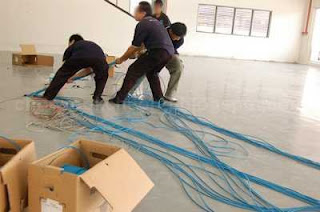 Everywhere, people were doing their job
But because of out job scope, we cannot more the system until the day before they are going to shift. So, this means, our trip was for naught. When I called the Main con up, he told me that the client did not tell him about the shifting. I was not convinced because I know he is new at this. So, in the end, this means our company lost RM220 for this trip. 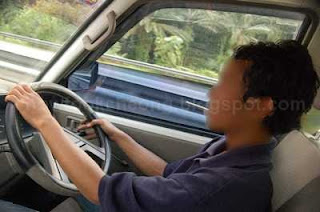 In the meantime, my technician is enjoying "his" van
Sitting next to him while he is driving is like a father
teaching his kid how to drive (well, go ask YOUR Dad) 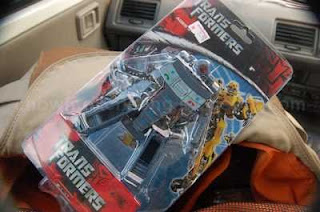 Still, because we won't be eating much, I used my meal
allowance to get a MIC Transformer for RM9.90 which
would usually sell for about four times months ago...
I could still search for the original but they're not on
the shelves anymore. 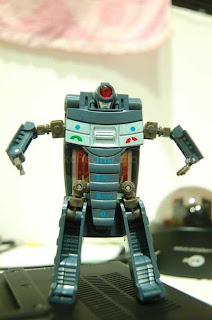 Yeah, he's very cute but I know, if I
open him up, I can put some flashing
LEDs in there if I wanted to. 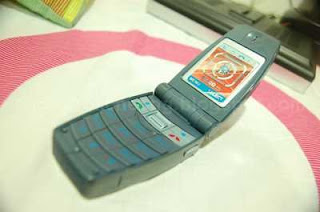 Another plus point is that the plastic quality and
moulding is very high quality unlike your normal
MIC toys. Well, next month we're going up there
again, and so, I hope these toys are still on sale...
Date: Friday, August 15, 2008 No comments: Links to this post

I forgot how it got started but the signs were there years ago. But the most noticeable were the Gundams, Spiderman, Ben10, Transformers and now, Iron Man. But for the most recent months, what they did was to produce one same toy and colour them in each series's colours. For example, Ben 10's Mobile phone would be green & black while Iron Man's would be dark red & gold. So far the toys affected were the mobile phone, a scope and a small gun. But lately, Iron Man's actual action figure has been copied too. But I am not going to buy them since their quality is a bit off.

Anyway, I got this instead. A copy of a NERF Nitefinder pistol. I am not sure if the original Iron Man toys uses this even though they had the NRF 425 Blaster (and also used in the movie). However, its not uncommon as the NERF Maverick, Nitefinder and another pistol has been shamelessly copied years ago. Anyway, the original costs about RM35 while this copy is selling for RM9.90 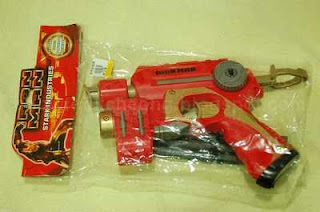 This is the "new" Iron Man NERF pistol 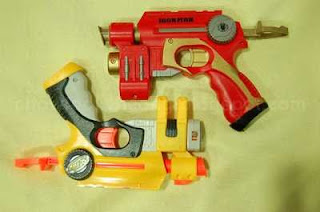 Compared with the original (bottom), they are quite similar.
Maybe I should call it the Lingam gun,
"It looks like it, fires like it but it's not it" 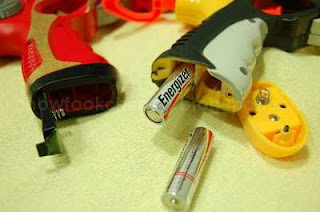 If you look closely, there are many differences. Here,
the battery compartment for the original (right) uses
a small screw to keep it shut whereas the copy uses a
simple plastic tab which might break after some time 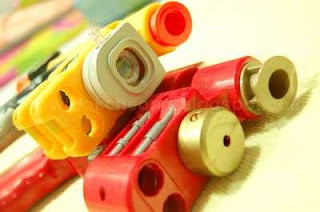 The original (left) uses a simple red LED and a plastic lens
which you can adjust/align until you get a perfect hit but
the copy uses a laser diode instead which, by the way, is
out of alignment as it points to the lower left. Still, its a
very good source for me when I take it apart later 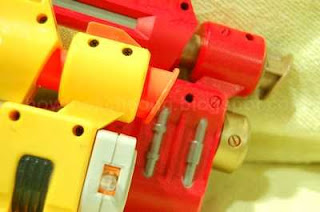 Subtle differences here at the barrel. Nothing much
important since if I want to modify it, the barrel is
the first thing to go 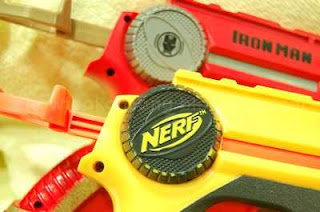 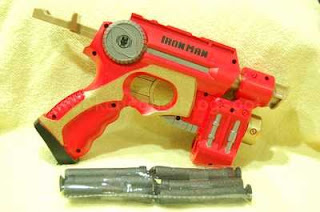 Apart from the near similarities, I do get six black darts
which is kept together with a very strong cellophane tape
And I broke one dart while trying to open the packs
Date: Friday, August 15, 2008 No comments: Links to this post