OK, so my wish of getting Kristine to celebrate her first Mid-Autumn Festival did not happen. Then again, its no big deal and our house was saved from being burnt. Ha ha ha!

So, what is so special about this festival apart from stuffing yourself with mooncakes (they're not even made from the Moon), looking at the Moon (So you'd be wondering is that how the moon taste like?) and playing with lanterns?

There were a few interesting origins which I cannot believe except the last one:

The Legendary Version I
One day, all ten Suns decided to have a party and gathered together. Because of the scorching heat, The Heaven King sent Hou Yi the Archer to shoot down all nine Suns (UFOs?) with his bow. He gained the elixir of Immortality to be shared with his Wife, Change Er. However, tragedy struck (Long story la) and Chang Er, drank the elixir which found herself lifted up to the Moon.

The Legendary Version II
I remembered (Wehn I was younger and less destructive) something about a rabbit sacrificing itself to some Wise Men. Then he ended up in the Moon punding pills with a Lady there.

The Historical version
In the 13th Century, the Chinese people got quite pissed because Genghis Khan overtook their country. So, they decided to overthrown these Mongols by planning a secret rebellion. As the Moon Festival was drawing near, they made special mooncakes and inserted special DIY Rebellion Instructions into it. One the night of the Moon Festival, the score was, Rebels-1 and Mongols-0. To commemorate this event, everyone decided to eat Mooncakes that costs RM9.60 (and above). And there is a special message in each Mooncake: Eat too much (esp the ones with the egg yolks) and you can also point your legs to the Moon forever. 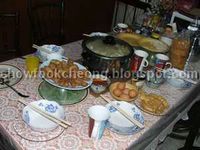 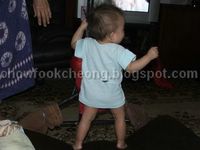 There was no need to see the Moon tonight
Yeah, we got mooned instead.

After given a few minutes of free time, I managed to open my toy which I got from Mid-Valley last night. The French Toy Die-cast company, Majorette came out with a line of new die-cast toys licensed from Marvel comics. So, there were a few unusual designs for Spiderman, Venom, The Incredible Hulk and X-Men. And I can tell you this: Their designs are really unusual. And at the time of writing, I cannot seem to be able to go into their website.

In most toy companies, apart from Kenner and the likes, they usually slap on decals and a new paint job. All of a sudden, that Humvee becomes a super-duper hero vehicle. Yeah, right

Coming back to Majorette, although their designs are nice, unfortunately, not many shops stock them. Maybe its the "looks" of their normal lines as the cars were horrendous. Occasionally, you can find them in unexpected places. Anyway, I got The Incredible Hulk one which, well, looked nicer. 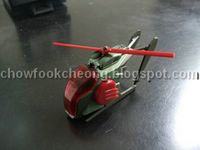 I got this last year and the design was unusual 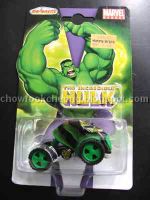 I got this yesterday for RM6.90
Slightly more expensive than Hotwheels (RM5.00) 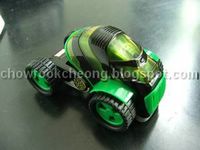 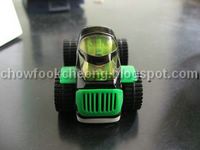 The front looks like those funny carribean faces in Japanese Anime 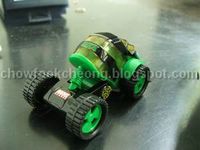 In real life, the car would have only one suspension I suppose 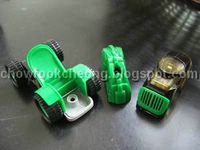 Yeah, after a few hours, I took it apart
(And this time, successfully put it back again)

He is famous at last! Mr. Tommy Hng aka Kinghamsap (Forum nick, la) is offering himself on eBay for his services such as babysit, cooking, minor car repairs, teaching first aid and even give scuba diving lessons for a minimum of RM50 a day. And the bidding ends this Wednesday (21.09.2005) at 1523 in the afternoon.

The monies earned would be given to the Rumah Sejahtera Old Folk's home in Jelapang. It is to help improve their lives. If you cannot bid, you can do other things to help as well. Remember, this could be you when you have pissed your children off.

You do not have to worry about him as he is, "Physically and Mentally fit and free of any transmittable diseases"

Good on you, Unker!